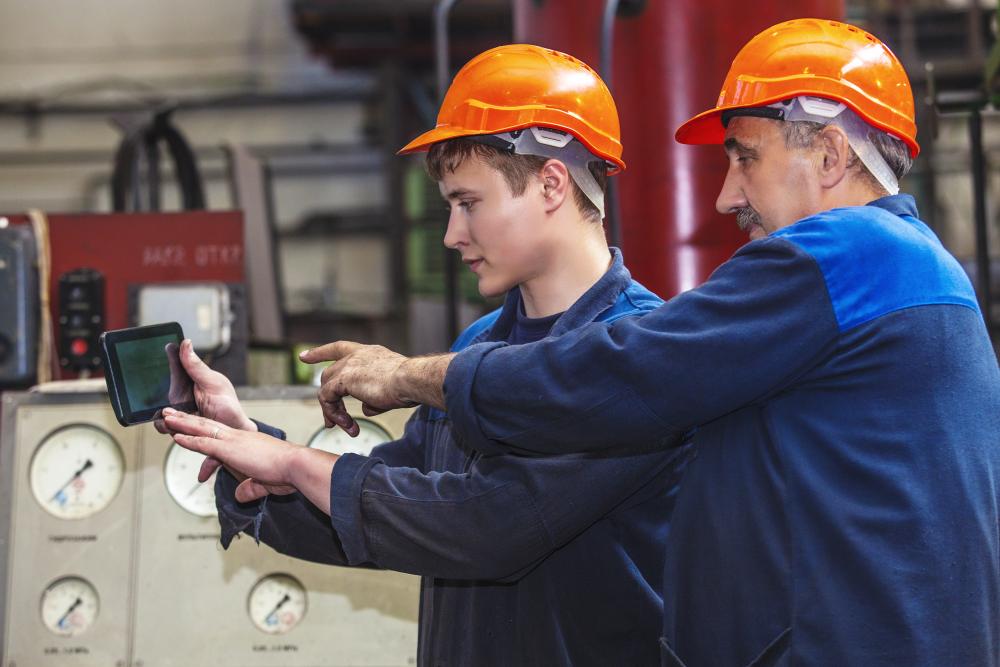 According to recent research, energy companies need to highlight their digital advancements to attract millennials, who perceive the oil and gas industry as technologically backward. (Source: Matva/Shutterstock.com)

As the current workforce heads into retirement, it is critical for oil and gas companies to recruit and retain fresh talent for the advancement of the oil and gas industry. With nearly 1.9 million job opportunities projected in the oil and natural gas and petrochemical industries through 2035, there is a vast opportunity for the energy industry to attract, retain and develop lifelong careers for millennials, according to API.

While industry insiders know that this is an exciting time for the sector—with digital transformation, advanced analytics and artificial intelligence (AI) impacting industry processes, several studies indicate that the oil and gas industry still maintains its static public image of being old-fashioned and lacking innovation.

Check out the 2020 honorees of E&P's new Energy Innovators recognition program at hartenergy.com/energy-innovators.

Key findings also show that millennials—who constitute the largest part of the U.S. workforce—continue to hold a negative opinion of the energy industry compared to other industries and do not favor a career in oil and gas. An EY poll revealed that the industry has been unsuccessful in wooing the younger generation, which views the industry’s jobs as unstable, blue-collar, difficult, dangerous and harmful to society.

Consequently, it has become crucial for energy companies to discard traditional methods and adopt new approaches to attracting the up-and-coming workforce.

Skewed perceptions
With a new wave of industry innovation, the array of career opportunities is extensive. The bad news is that millennials are not interested.

According to EY’s study, when Generation Z respondents were asked why they found an oil and gas career unappealing, more than 40% said it simply did not interest them. But another major reason was their awareness of environmental issues, with 23% saying the industry was bad for the environment in some way.

“The millennials are looking for jobs in purpose-driven and environmentally friendly organizations. They perceive that the oil and gas industry is not environmentally friendly [and] not progressive in terms of technologies, work environment and culture. That’s not necessarily the case, but that is surely the perception,” said Rachel Everaard, co-author of the research and principal in EY’s U.S. Oil & Gas People Advisory Services.

To gather an in-depth perception of millennials’ views toward the oil and gas industry, Abu Dhabi National Oil Co. (ADNOC) conducted a study in 2019 titled “Oil and Gas 4.0: Attracting the Workforce of the Future,” which polled 3,000 students and young professionals across 10 countries representing a mix of major global economies. The study revealed that only 44% of STEM millennials and Gen Z are interested in pursuing a career in oil and gas, which is sparse compared to 77% interested in working in technology-driven sectors and 58% interested in life sciences and pharmaceuticals (Figure 1).

Despite the industry’s progress toward digitalization, one of the primary reasons among future employees’ disinterest in the oil and gas industry is their perception that the sector is not technology-driven, according to the ADNOC study. Although millennials and Gen Z are drawn toward sectors in which technology plays an important role, they do not favor a career path in the oil and gas sector.

The study also revealed that 72% of the future workforce believes that new technologies can empower the energy industry, but they do not perceive technical and creative skills as job requirements for this sector. Additionally, as opposed to the 37% of students and young professionals who see IT and computer knowledge
as fundamental skills for the future, only 18% view them as requirements needed for a career in the oil and gas industry.

“If we are seen as low-tech and old-fashioned, we must showcase our high-tech breakthroughs and our cutting-edge practices. When we are perceived as environmentally unfriendly, we need to highlight the work we are doing to protect and safeguard our natural world,” said ADNOC CEO Sultan Al Jaber while presenting the inaugural report of the ADNOC survey. “We are not an industry set in the past; we are an industry that is embracing the future and enabling the 4th Industrial Age.”

Career choices
For millennials and Gen Z, the major drivers behind a career choice include a good salary, work-life balance, job security and on-the-job happiness and fulfillment,
according to the ADNOC survey. Additionally, the study concluded that students and young professionals are drawn toward careers that they perceive will be most impacted by new technologies. The energy industry scored low on this measure, as only 42% of millennials believe new technologies would have a major impact on the sector, compared to the IT industry, which according to 73% of respondents will be impacted by new technologies.

These findings suggest that attracting the best STEM graduates and professionals into the oil and gas industry will require more efforts from companies to highlight the role of technology in driving the industry toward the future.

“The energy industry must convey a stronger message to millennials about its importance to the national and global economy and the industry’s digital transformation with newer, greener business and a wider purpose,” said Inge Oosterhuis, managing director of talent and organization at Accenture.

She added that the industry also must recognize that younger generations are more driven by the need to contribute to society at large.

“The fact that in energy we are working on one of the most dramatic pivots not just from a digital perspective, but as part of the move to a low-carbon sustainable future, can be a reason to attract people who want to make a difference. However, this only works if the potential employees feel this ambition is authentic and implies that new hires should be given an opportunity to contribute to this transformation,” Oosterhuis said.

Attracting millennial interest
Even though the industry has successfully produced greater quantities of oil and gas from more complex geologies using advanced technologies while increasing environmental stewardship, millennials perceive the sector as backward and dangerous to the environment. This points toward an urgent need for executives of oil companies to address the perception gap by highlighting the industry’s sustainability efforts and technological depth.

“A fresh emphasis on pioneering technology could make oil and gas an aspirational career choice for a new generation of recruits whose interests lie more in
the technology and coding spheres,” according to Jeff Williams, global oil and gas advisory leader at EY.

In an analysis of job-seeker click behavior, younger applicants were far more likely to click on jobs with a digital element, such as developers and data scientists, he said.

Williams also pointed out that as many as 70% of millennials believe oil and gas jobs are physically demanding. To overcome this barrier, he suggested that oil and gas companies must work together or collaborate with technology firms toward a transformation of their structure, generating new roles like that of a drilling data scientist, an Internet of Things (IoT) platform engineer or a rig automation supervisor. This change can promote the oil and gas industry as being on the leading edge of innovation, thereby attracting fresh talent.

Millennials are looking for employers that will expose them to Industry 4.0, but they may not realize that their opportunity to work with new technologies doesn’t have to be at a traditionally defined “technology” firm, according to an analysis by Matt Campbell and Crystal Thompson from the People & Change Advisory team at KPMG. New technologies create opportunities to attract the future workforce as organizations shift their employee base toward higher-value work like strategy and analytics, and away from repetitive, manual tasks.

The future generation of workers wants exposure to the digital technologies that the oil and gas companies have implemented over the last decade under economic and regulatory pressure to make operations safer and more efficient. A few examples include automated production, remote asset monitoring through IoT sensors and data analytics to crunch vast amounts of valuable information, Campbell and Thomson stated. Exxon Mobil and MIT’s effort to leverage AI to detect natural seeps in deep ocean waters is the kind of project millennials can get excited about.

In this regard, several oil companies have stepped up efforts, identifying the need to promote their new technologies. For instance, Emerson recently launched a new digital transformation business line focused on automation processes and programs.

In a similar effort, Total partnered with Google to launch a new “digital factory” in Paris, seeking to reduce its environmental impact and opening itself to potential new businesses. In a press release, Total announced it would hire up to 300 developers, data scientists and other tech experts in early 2020 to accelerate its digital transformation. Total CEO Patrick Pouyanné described new technologies as “a critical driver” for the company and said the digital factory would attract new talent essential for the company’s future.

Strategic partnerships
Collaboration between the energy industry and academia is critical to developing the right skill sets of STEM students, preparing them to pursue a career in the energy industry. Oil and gas companies have made some progress in this area, partnering with educational institutions to train, upskill and develop the future workforce.

For instance, the Society of Exploration Geophysicists, in cooperation with Halliburton, is preparing students and young professionals for jobs in the energy industry with the multidisciplinary EVOLVE student program, which began in 2015 with a pilot program. Ten university teams from the U.S., Canada, Europe and Latin America participated in 2018, and the program was expanded to 20 international teams in 2019.

Similarly, Midland College and operators such as Pioneer Natural Resources jointly launched the Petroleum Academy, a program that allows local high school students interested in a career in oil and natural gas to receive hands-on, real-world experience in the industry by learning directly in their classrooms from energy employees.

Recently, Emerson partnered with San Jacinto College’s new Center for Petrochemical, Energy and Technology to help design, equip and provide training tools to empower students with the skills and training needed to support careers in the petrochemical and refining industries.

Other corporations such as Chevron, Exxon Mobil and Schlumberger have partnered with educational institutions to support STEM education. Exxon Mobil supports numerous programs that aim to inspire and prepare students for a career in the energy industry, including STEM camps, professional development
camps for STEM teachers and events featuring company employees, demonstrating their experiences within the energy industry.

New CEO is a veteran Shell executive from its pipeline and petrochemical units.

Baker Hughes Says Energy Downturn to Bottom out This Year