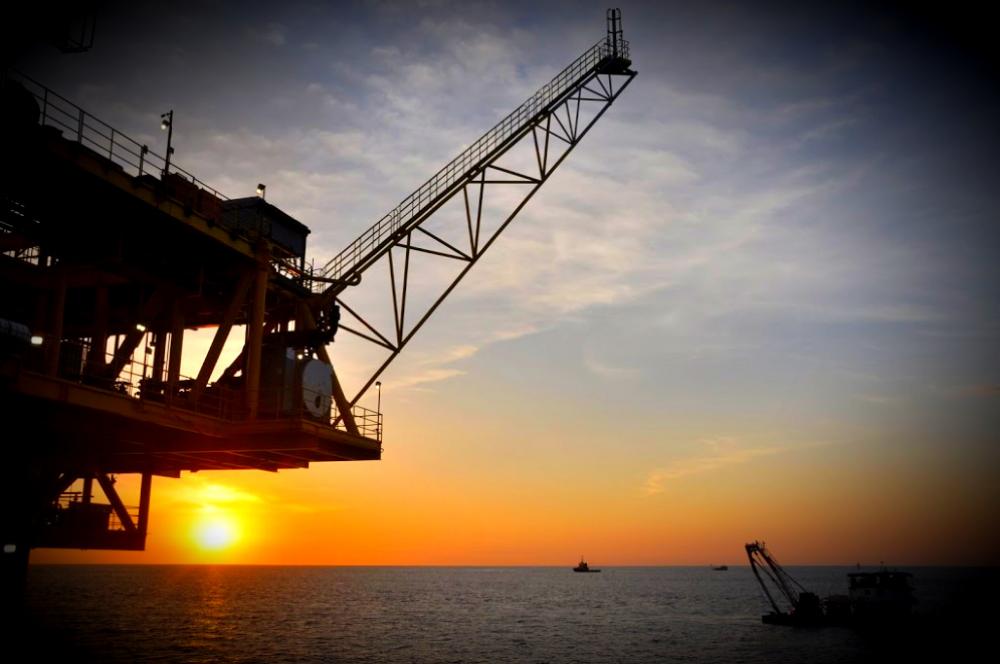 Current market conditions present a countercycli­cal opportunity for international oil companies (IOCs) to secure significant positions for future explo­ration in attractive frontier basins. By their very nature, these frontier regions represent a major challenge as they often lack the data quality and coverage found in mature provinces. Yet this creates an opportunity to develop innovative ideas and integrated workflows by applying the latest seismic technology to legacy data to drive the revival of exploration in underexplored geo­logical settings.

Forearc basins (basins developed above subduction zones) repre­sent a significant proportion of the world’s continental margins. Yet explorers frequently overlook these areas in favor of basins in bet­ter studied and less complex pas­sive margin settings. When drilled, forearc basins have proven to be relatively prospective, suggesting a lack of investment and innovation, and not underlying issues with prospectivity is to blame for the limited successes.

The Peruvian Margin is a good example of the chal­lenge facing such regions. In terms of production, northern offshore Peru is one of the most prolific forearc basins in the world with almost 1,500 wells and several well-known producing oil and gas fields in the Tumbes-Progreso, Talara and Sechura basins. In con­trast, the southern Trujillo, Salaverry, Pisco, Lima and Mollendo basins are relatively underexplored with only five offshore wells and no significant discoveries (Figure 1). Previous work has suggested both areas shared a comparable tectonostratigraphic evolution and are likely to harbor similar petroleum system components. Further evidence of the similarity between both areas has been demonstrated by comparisons of the hydrocar­bons produced from the northern basins and oil slicks collected from the southern basins. Why, then, is there such a difference in exploration activity between the two regions?

The Peruvian Margin is covered by legacy seismic and well data, acquired from 1970 onward. Typically, legacy seismic data suffers from numerous challenges, including significant multiple energy. In southern Peru, multiples generated by shallow-water sediments and major velocity contrasts at the base of the Cenozoic are responsible for the poor imaging of the deeper stratigraphy and the lack of definition of steeply dipping beds and faults. This has obscured the imaging of potential untested plays, nega­tively biasing industry views on prospectivity.

The best technical approach for improving subsurface imag­ing is to acquire new seismic data. However, reprocessing legacy 2D seismic lines with the latest processing innovations can resolve some of the challenges and significantly improve image quality in a much shorter time frame. When reprocessed data are integrated with other geo­logical and geophysical datasets, it is possible to reeval­uate the subsurface potential and gain new geological insight into the prospectivity of subduction zones.

Two key processing steps driving the seismic image uplift were the latest source and receiver deghosting techniques and improvements in demultiple technology. The seismic bandwidth of legacy datasets is narrowed by the presence of signal ghosts, as processing algorithms that can remove them were previously unavailable. By applying the latest ghost wavefield elimination tech­niques, the signal bandwidth is restored, particularly on the low-frequency side, and seismic resolution is enhanced. This brings clarity to deeper events (typically imaged at 10-20 Hz) and highlights features in the sedi­mentary succession that were previously obscured.

Application of modern data-driven demultiple techniques, which adapt multiple models for effective subtraction, improved imaging of the primary geological events. Models for different types of multi­ples were derived for both shallow-water short-period and deepwater long-period multiples, with the adaptive subtraction utilizing the latest Curvelet-domain method. Predictive gap deconvolution methods were used to reduce the residuals of short-period multiples and remove persistent source bubble energy. The improve­ment in the multiple removal also had a positive impact on the velocity model building. The picked velocities were confidently tied at 2D-line intersection points, where the spatial quality control within an in-house interactive velocity analysis tool ensured spatial conti­nuity. This resulted in a more accurate time migration velocity field. The use of automatic velocity analysis processes provided an improved velocity model for the final stacked image.

In geologically complex regions, such as the Peruvian forearc basins, PSDM is partic­ularly important as it provides improved positioning compared to a conventional time stretch to depth approach. The time migra­tion velocity was the starting point for the depth migration. The latest method for picking residual moveout from common image gathers was used to derive kinematic invariants for a tomo­graphic update of the velocity model for use in the final Kirchhoff depth migration. The resulting improvement in the depth velocity model, constrained against the available well data, resulted in a more robust subsurface image.

The full potential of the margin can only be unlocked, however, by integrating all available geolog­ical datasets to probe the Pre-Miocene and Mesozoic successions (Figure 2). This is especially important along the southern Peruvian Margin where outcropping Cretaceous and Jurassic rocks can be combined with the limited available well data to characterize the Mesozoic succession. Onshore Mesozoic analogs and well sam­ples suggest good source and reservoir petrophysical characteristics. In addition, good Cenozoic reservoir quality has been confirmed by drilling. Thermogenic petroleum potential is highlighted by piston cores as well as seep and well sample analysis, while satellite slicks correlate with surface seis­mic features linked to deeper basins. Geochemical studies of these slicks indicate an Upper Cretaceous source rock from the same family as the oils produced in the northern Talara Basin. These observations, integrated with the newly identified deeper stratigraphy in the PSDM dataset, open a new line of exploration along the southern Peruvian Margin.

The poor imaging of the deep subsurface, which had proven a major obstacle to exploration in the south, has been greatly improved by reprocessing using the latest technology. The integration of reimaging and geologi­cal analysis has identified potential new plays, and it is clear that the once overlooked margin of southern Peru represents an attractive exploration opportunity. This has not gone unnoticed, as major IOCs start to acquire acreage along it. 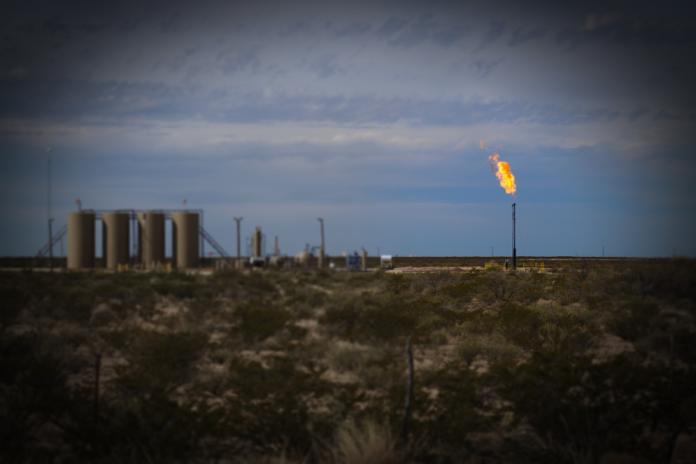 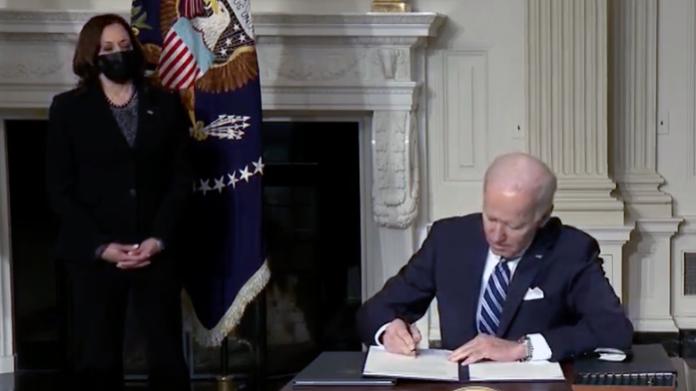 API and other oil and gas organizations express concern over possible economic and environmental damage caused by Biden’s latest batch of executive orders. 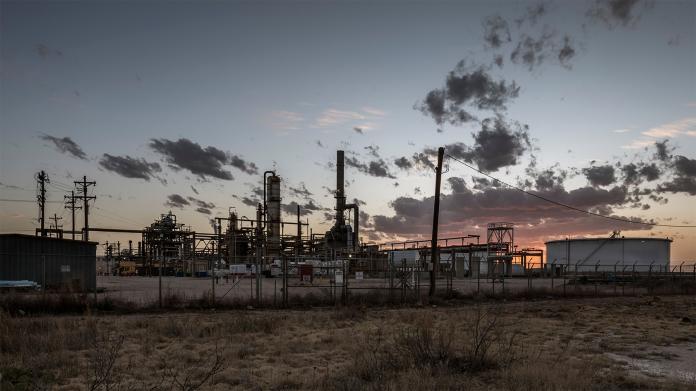 In New Mexico and Colorado, politicians balance environmental policies with the need for oil and gas revenues.