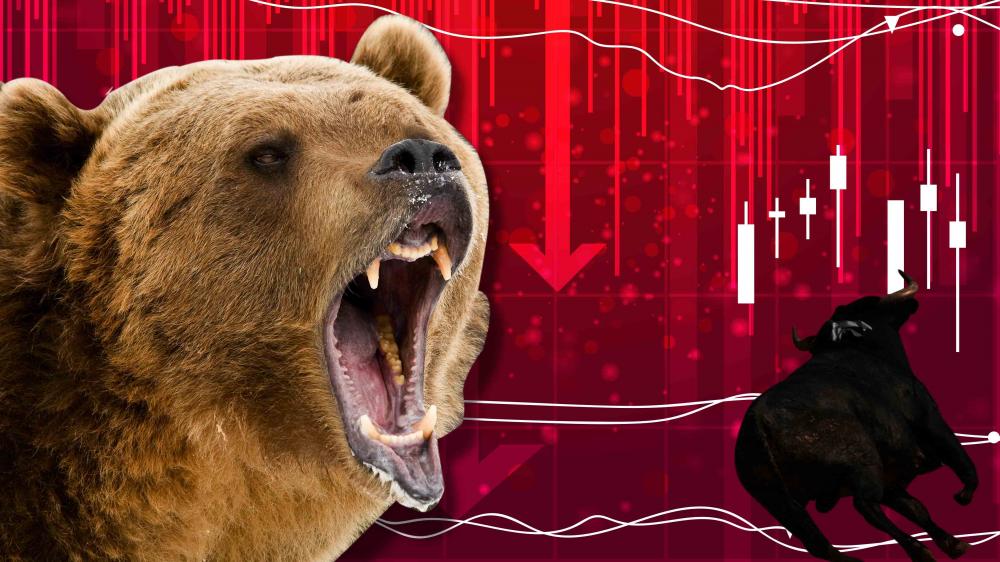 The previous low of the Mont Belvieu, Texas, hypothetical NGL barrel for the five-day tracking period of Jan. 13-19, 2016, was 13% higher than last week’s close of $12.50. The most recent figures represent the first time that Mont Belvieu has been below both $14 and $13.

During that period and the following week in 2016, the price of the Conway, Kan., barrel slipped below $14 twice, but never touched last week’s record low of $13.12.

The immediate strength shown by natural gas prices has faded, with the U.S. benchmark Henry Hub price dropping to a four-year low on March 18. However, during the five-day tracking period that ended March 17, prices rose 1 cent/MMBtu and that—combined with steeply falling NGL prices—was enough to crush margins. The Mont Belvieu barrel alone suffered a 33.4% hit.

In the short run, U.S. natural gas supply and demand are out of balance as a result of warm weather, high production levels and a weakening economy, said EnVantage Inc. in a recent report. There will be a rebalancing, of course, but no time soon.

“We would expect a renewed downward trajectory of the front end of the price curve with an ultimate rally further out the price curve in the next few months,” the analysts said. “The problem is that the visibility near term future is very, very, murky.” 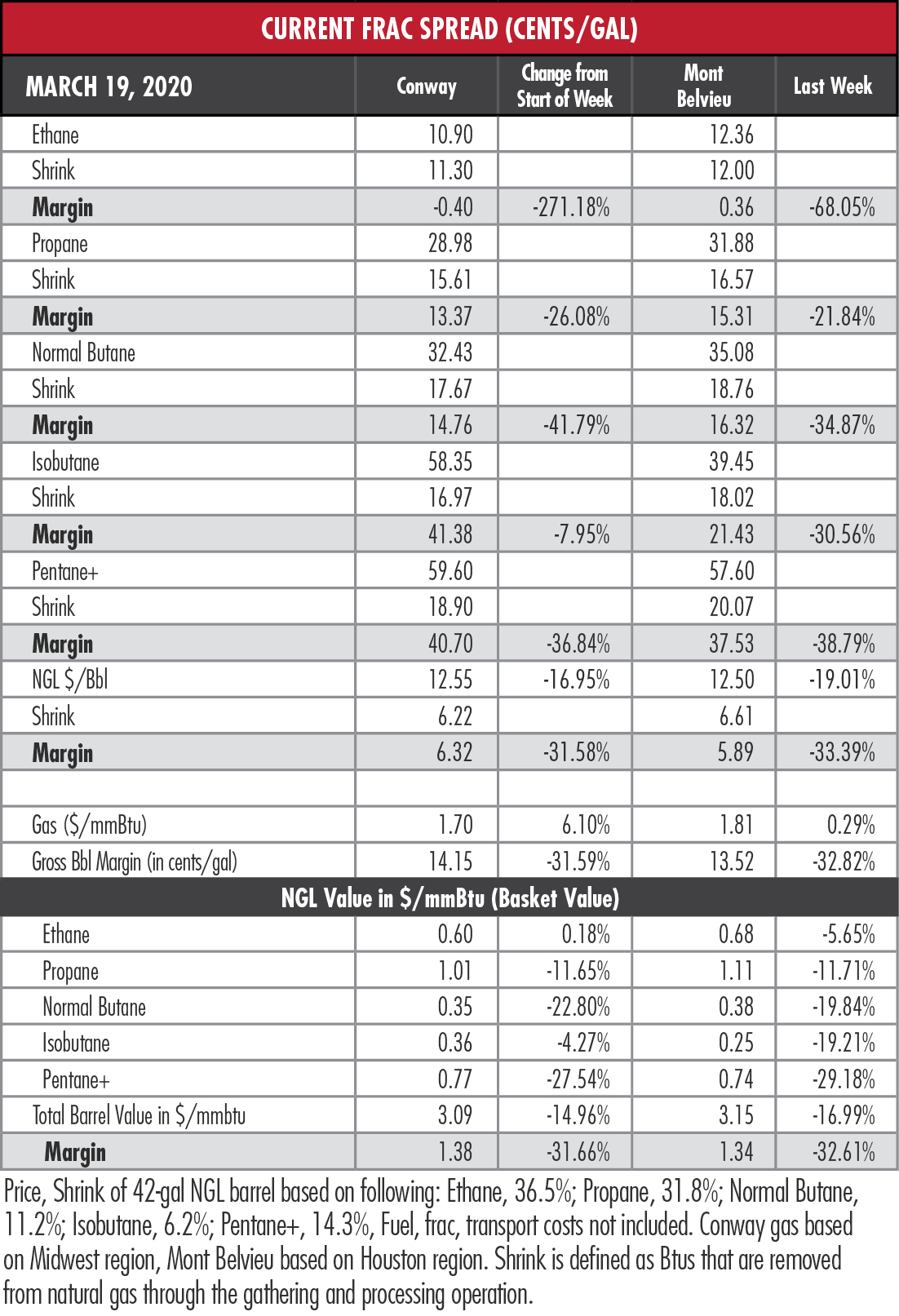 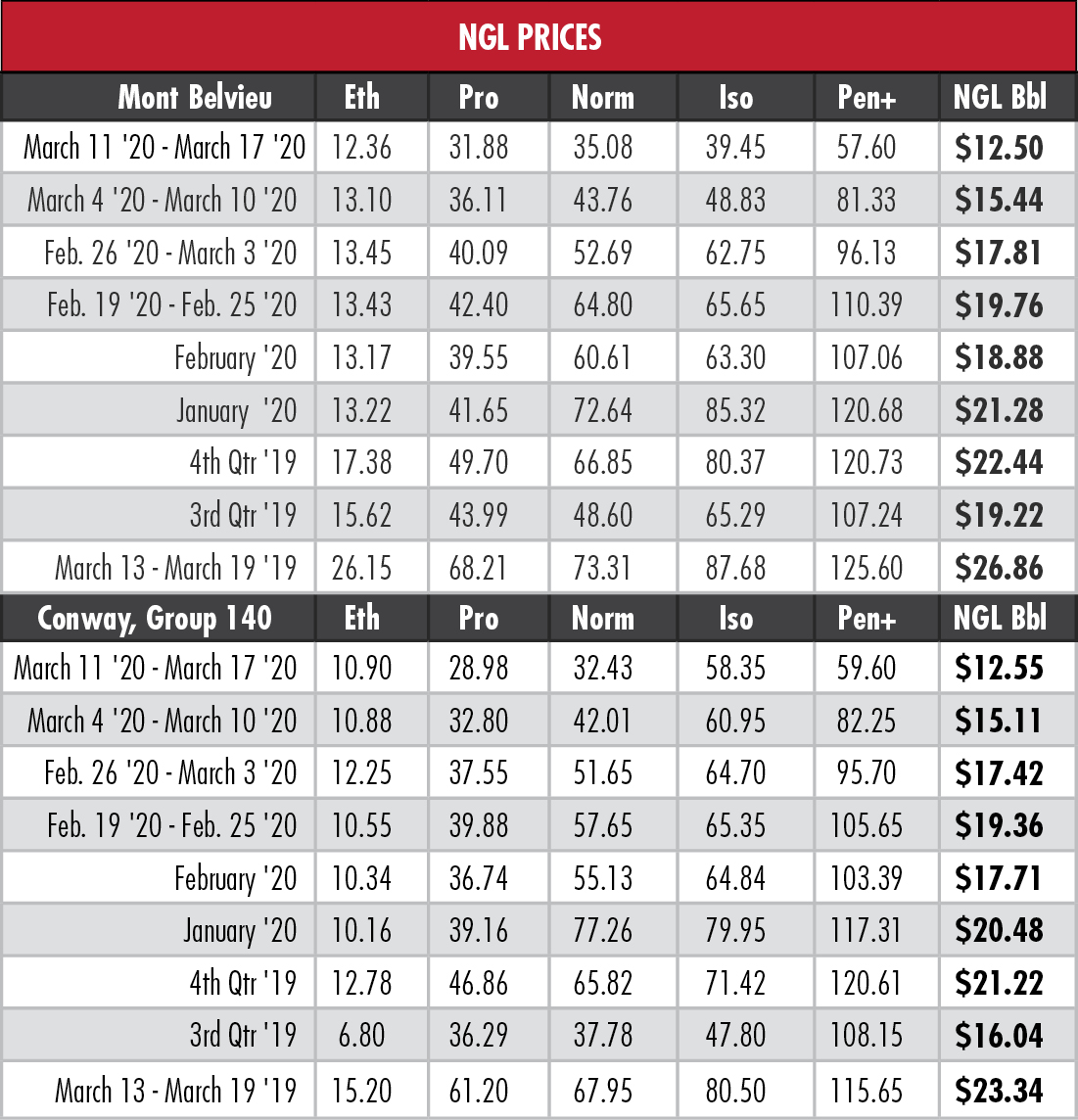 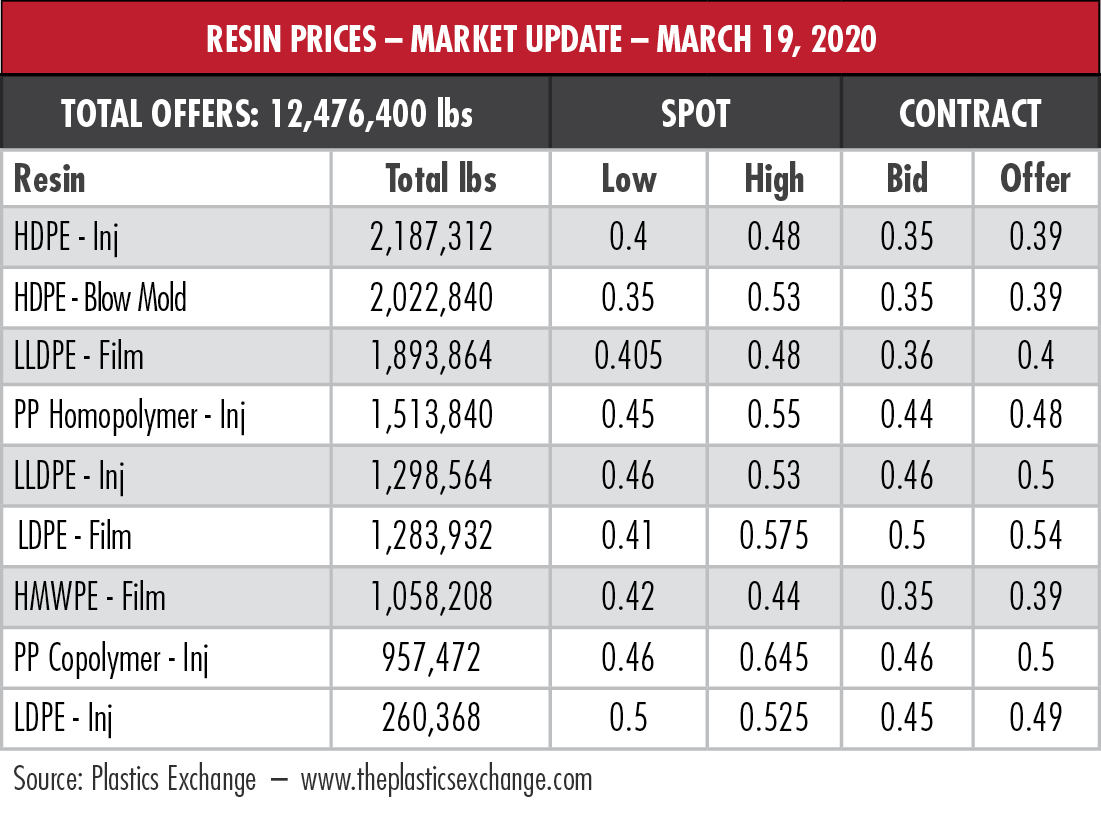 “Looking forward, our biggest fear is that propane exports from the Gulf Coast will be at risk due to the collapse in crude prices and the economic slowdown in Asia and Europe,” EnVantage said.

Mont Belvieu propane averaged just below 32 cents a gallon (gal) last week but closed below 29 cents/gal on March 18. The Saudi-Russian oil war means not only more cheap oil on the market but more cheap naphtha which, like ethane, puts U.S. propane at a disadvantage in export markets.

The end of the winter gasoline-blending season hurt butane but all of the heavy NGL suffered last week and set record lows for Hart Energy’s tables. Mont Belvieu isobutane fell 19.2% to under 40 cents/gal for the first time, and natural gasoline’s 29.2% dive to under 60 cents/gal represented a 54% price cut since the start of the year. 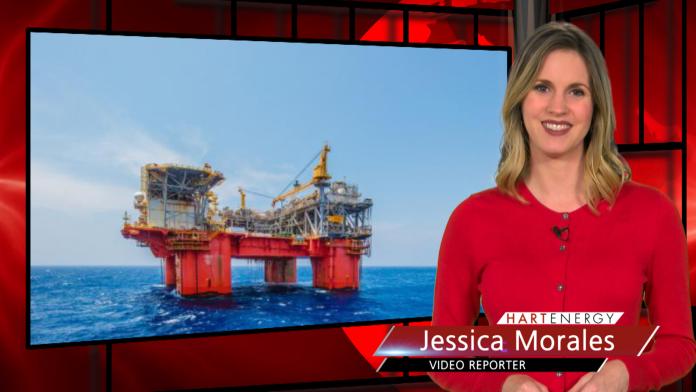