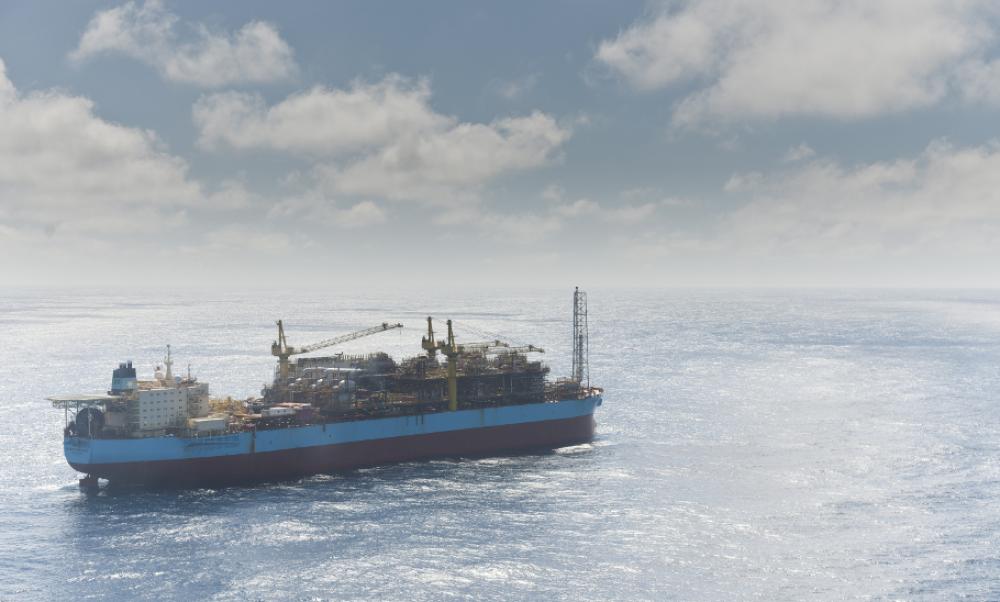 FPSOs like Equinor’s Maersk Peregrino FPSO are critical to production. The vessel is working on the Peregrino Field in the Campos Basin offshore Brazil, Equinor’s largest project as an operator. (Source: Equinor)

When the price of oil dropped, the floating production sector was hit hard. Asset owners found it difficult to secure new contracts, and FPSO and floating LNG vessel construction was put on hold. Market conditions precluded expansion in the sector, and on the surface things seemed to stagnate.

Recent reports indicate the tide is turning. Analysts at Westwood Global Energy Group believe the strong growth that began last year is continuing and that more floating production units will be installed in the 2018-2022 period than previously expected. According to the company’s “World Floating Production Systems Tracker 2018,” 64 units will be installed, and $61 billion in orders will be placed in that time frame.

Installations and orders tell an interesting story, but even in the absence of contract awards, a lot has been happening under the surface. While the sector appeared to be languishing, it was easy to conclude that not much of interest was going on, but behind the scenes considerable efforts continued to go into R&D.

The primary driver for this investment is the realization that the industry needs to adjust capex and opex to a considerably lower barrel price to make deepwater production viable. The implications are that costs have to be reduced by about 50%, and reductions of this magnitude will not be achieved simply by making economies. There have to be significant changes in the way FPSOs are designed, operated and maintained.

An impressive amount of R&D work has been pursued through an organization called the FPSO Research Forum (FRF). Founded in 1998 by participants in the FPSO Integrity joint industry project (JIP), the FRF was formed to identify common technical issues encountered by companies that design, fabricate and operate FPSOs and to enable interested companies to form JIPs to look for solutions that can be used by the industry as a whole. The group’s vision was for the FRF to be a clearinghouse for ideas—covering the complete FPSO life cycle from concept development to operation— enabling technical issues to be identified and commonality gauged and for JIPs to be organized around ideas that were judged worthy of further analysis.

The primary goal of the FRF is to facilitate the formation of JIPs and provide a platform for presenting the findings that emerge from research efforts. Regular, biannual meetings hosted by one of the participating companies serve as a forum for sharing results with representatives of the member organizations, which include designers, owners, fabricators, regulatory agencies, operators and classification societies.

Projects in the works

In the two decades since the FRF was established, JIPs have been organized to research such challenges as mooring and mooring chain integrity, fatigue resistance, acoustic monitoring, offloading, wave impact loading, the effects of green water and new approaches to executing hull inspections and offshore repairs. The ongoing projects are worth a closer look.

One of these proposes the use of seal-bonded solutions for arresting structural cracks in FPSO hulls, including those on mid-ship decking and in the splash zone, on ballast and crude oil tanks and on offshore buoys. The technology, which has been used in aerospace and civil construction applications, is being proposed as a solution that would allow owners to avoid risks associated with welding without compromising the strength and durability of the repair.

This JIP is looking at installation challenges in marine environments and hopes to evaluate the longevity of seal-bonded solutions and to resolve the challenges associated with inspectability. Another FRF JIP addressing cracks has gathered experimental data and is progressing toward numerical model validation of a hexagonally shaped silicone rubber crack arrestor.

Inspection advances also are being investigated to identify ways to improve hull underwater inspection. Headed up by EM&I in the U.K. and including partners BV, ABS, DNV-GL, Lloyd’s Register, SBM, Shell, Total, Chevron and Exxon Mobil, the Hull Inspection Techniques and Strategy (HITS) JIP focuses on developing advanced inspection capabilities that avoid the use of divers and employ remote technologies for cargo and ballast tanks. The goal is to improve safety by not exposing people to hazardous conditions, the byproducts of which are lower costs and fewer people onboard.

The proliferation of unmanned aerial vehicles (UAVs) and “swimmers” is evident in inspections being carried out in other industries, but many of the tools being used in offshore applications were not designed for the specific conditions encountered in the confined spaces of an FPSO. The oil and gas industry has recognized that technology from other sectors can be adapted to their needs, but that adaptation has to be managed carefully. Lighting requirements and power supplies tax battery life and limit the length of time an UAV can be deployed. And because many units require the operator to be within the line of sight of the vehicle, they do not eliminate the hazards encountered by the people who control the devices because the operator must enter the confined space to maneuver the equipment. Swimmers, like ROVs, introduce different restrictions; foremost among them is the need for tanks to be filled with water so an ROV can be deployed. 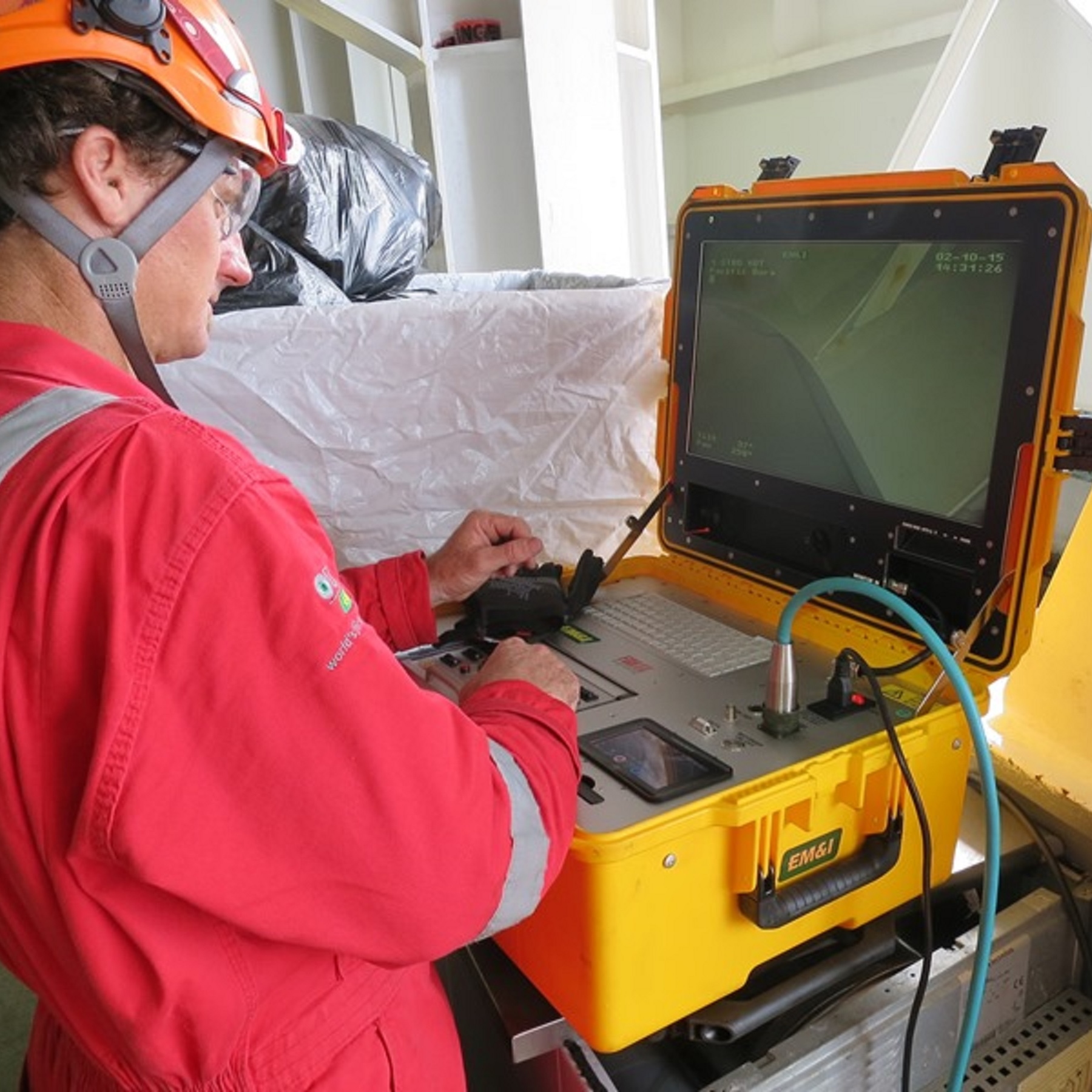 Participants in the HITS JIP are looking for a robust solution to autonomously inspect FPSO crude oil tanks, semisubmersible ballast tanks and void tanks in a range of floater types. The goal is to find a solution that can operate autonomously and function in hazardous conditions without introducing personnel to potentially toxic environments or requiring people to work from heights. One method that has shown promise involves the use of high-performance cameras adapted from the nuclear industry combined with synchronous laser devices that map and inspect the tanks, a solution that can be implemented without personnel in the tank.

Another subject receiving attention in the FRF is mooring systems, which are especially critical as the industry moves to deeper water and harsher environments. Combined efforts within the FRF are looking into mooring designs and new ways of employing remote inspection technologies to verify the operability and integrity of mooring systems, while other projects are addressing the structural integrity of mooring components through an engineering critical assessment methodology. One interesting initiative is evaluating how acoustic emissions can be used for condition monitoring in mooring turrets and cranes. Additional programs are looking into dry mooring line monitoring and improvements needed in mooring system design.

With advances being made within the industry in the use of digitalization, the FRF also is investing in R&D that will lead to an increasing ability to analyze the vast amount of data gathered over the years and leverage it to improve understanding of an asset’s condition without increasing inspection costs.

Improvements in the market indicate the FPSO sector is rebounding, and ongoing R&D efforts will ensure that new and better technologies are employed as new, advanced and more robust vessels are added to the global fleet. 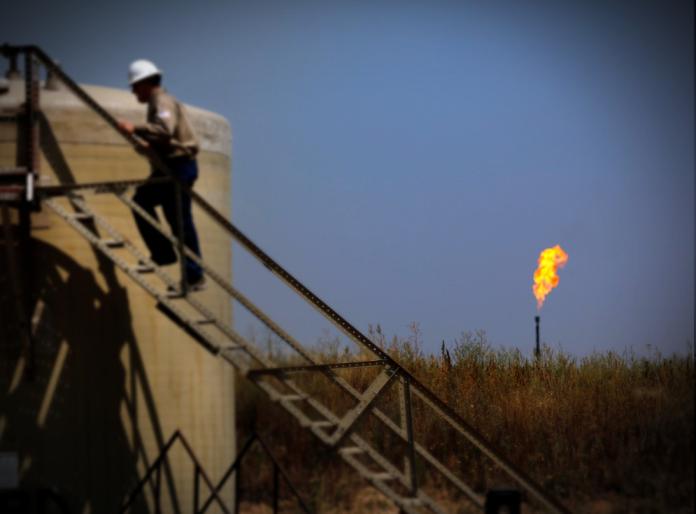