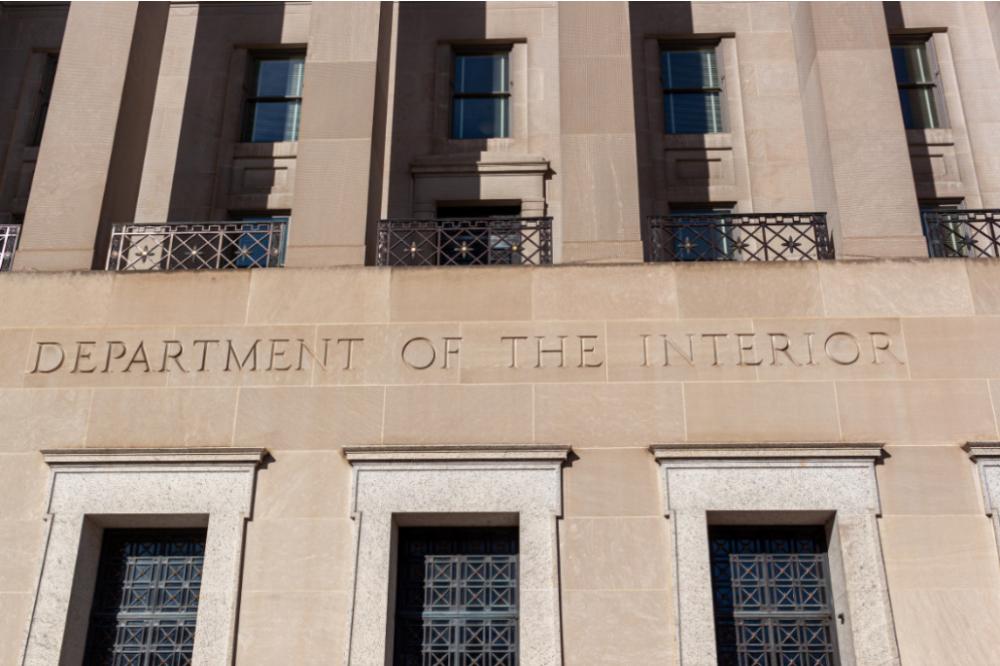 The Department of Interior, which oversees the federal leasing program, declined to comment. (Source: Main building of the U.S. Department of the Interior by grandbrothers / Shutterstock.com)

Fourteen U.S. states including Louisiana and Wyoming filed lawsuits on March 24 against President Joe Biden’s administration, challenging his pause on new oil and gas leasing on federal lands and waters.

The legal actions, which seek to restore regular federal drilling auctions, came a day before the administration is set to launch a review of the oil and gas leasing program.

Biden, a Democrat, in January signed an executive order putting on hold new leasing pending that review. During his election campaign, he pledged to end new federal leasing as part of a sweeping plan to address climate change.

The pause has triggered heavy criticism from the oil industry and producing states that receive half of the revenues generated from federal lands drilling within their borders.

“We believe that the president's actions are illegal and unlawful, and we’re going to hold him accountable for them to try to make sure that the gains that we've made over the years to help protect domestic oil and gas and energy continue,” Louisiana Attorney General Jeff Landry said in an interview.

In its lawsuit, Wyoming said the administration was also required to conduct an environmental review of the leasing suspension under the National Environmental Policy Act before taking action.

“The real consequences of the action are far from certain and far from uniformly environmentally friendly,” Wyoming said in its complaint.

White House Press Secretary Jen Psaki, responding to a question about the lawsuits, said the Trump administration had “flooded the oil markets with cheap federal leases. This will not affect oil and gas markets for years to come.”

The Department of Interior, which oversees the federal leasing program, declined to comment.

Black Falcon Energy LLC, as managing company, retained EnergyNet for the sale of a Midcontinent opportunity in Arkansas, Kansas, Oklahoma and Texas through a sealed-bid offering closing June 3.

Henry Resources LLC has retained TenOaks Energy Advisors as its exclusive adviser in connection with the sale of its nonoperated working interest properties in the Permian Basin across West Texas and southeastern New Mexico.

Black Falcon Energy retained EnergyNet for the sale of a Barnett Shale opportunity that includes interest in nearly 1,000 wells across North Texas.