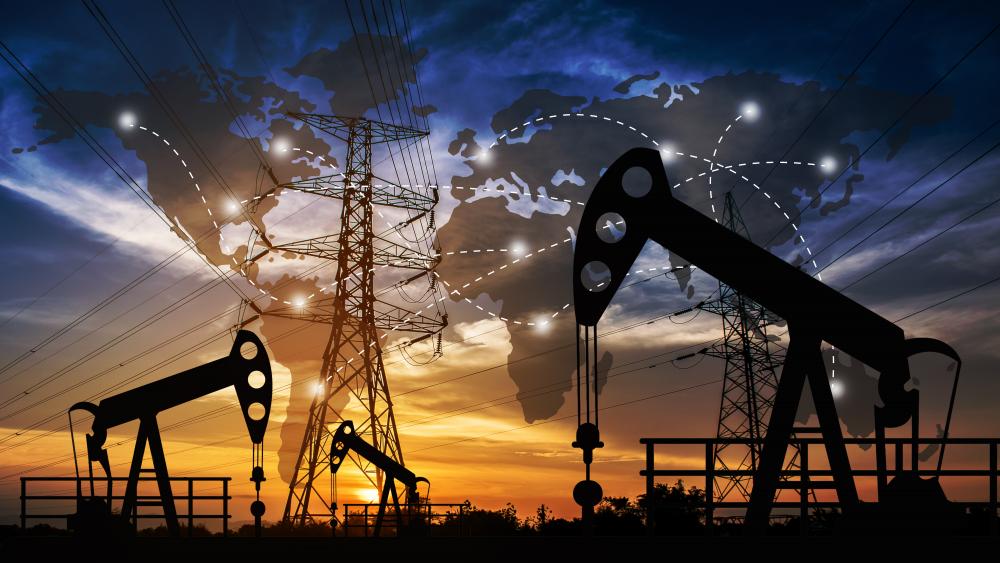 A return to the bygone era of “drill baby drill” in the US shale patch was not on the agenda at the 23rd World Petroleum Congress. (Source: Shutterstock.com)

Covid and worries around the flare-up of the Omicron variant, meant numbers at the World Petroleum Congress (WPC) were a far cry from what they might have been—with a handful of big companies and industry personalities pulling out at the last minute. Following are the four key takeaways from the event:

1. Climate on the main stage

ExxonMobil’s Darren Woods set the new tone on the conference’s first day, calling climate change “one of the most important conversations of our time”.

It was part of a broad recognition—long resisted in the industry—that the sector’s fortunes are now inextricably tied to the pace and course of the global transition to cleaner fuels.

Yet the oil industry’s vision for the energy transition is at odds with what is being advocated by climate scientists and activists. The bosses at WPC see the oil companies themselves—not the Teslas or renewables powerhouses such as the Orsteds of the world—continuing to play the starring role.

Woods said that the world “needs our industry’s expertise and experience to successfully reduce emissions while preserving economic prosperity”. Chevron’s boss Mike Wirth claimed that “no industry is better positioned” to tackle climate change than the oil industry.

The answers for decarbonizing “cement, for steel and fertilizer, for airlines, for marine transportation are going to be different. And the interesting thing is our industry sits at the juxtaposition of all of that,” he said.

Wind, solar and electric vehicles were rarely mentioned as part of the transition. Rather, the oil executives put the emphasis on the importance of technologies such as carbon capture and storage, hydrogen and biofuels—which many in the industry are placing their bets on, but that have yet to prove themselves as meaningful tools to combat climate change.

The oil bosses’ vision of the energy transition is one that moves far slower, and more cautiously, than climate scientists and activists have called for. It also keeps fossil fuels in the mix.

Exxon’s Woods, for instance, warned that jettisoning fossil fuels too soon could send the energy transition into a ditch.

“Narrowly focusing on taking action on one aspect of the challenge could potentially lead to significant unintended consequences,” he said. “As history has shown on many occasions, the best of intentions poorly executed to do more harm than good.”

Saudi Aramco’s boss Amin Nasser, meanwhile, was the talk of the conference after warning that the world was “facing an ever more chaotic energy transition, centered on highly unrealistic scenarios and assumptions about the future of energy”.

Admitting oil and gas was here to stay would be “far easier than dealing with energy insecurity, rampant inflation and social unrest as the prices become intolerably high and seeing net zero commitments by countries start to unravel”, he told delegates.

It was a welcome message in the hall. How it plays beyond the friendly confines of the WPC is a different matter.

3. The Biden administration’s feud with Big Oil is running hot

A return to the bygone era of “drill baby drill” in the US shale patch was not on the WPC agenda.

The White House’s latest tactic to bring down prices at the pump for American motorists—namely calling on US producers to pump more oil—was met with derision and charges that it was more political posturing than a serious proposition.

Scott Sheffield, Pioneer chief executive, said he had received no approach from officials, despite the berating the industry received publicly.

Even if the Biden administration had called, however, Sheffield indicated that Wall Street had put the clamps on industry spending—so a big ramp-up is not on the cards.

“We already have an investor contract with our shareholders: we’re not going to grow more than 5 per cent,” Sheffield told Energy Source.

That was a message echoed by other shale players, who said the days of price-busting oil growth from the US was over after years of lossmaking.

“Investors and oil companies alike overinvested in shale . . . we grew it at a rate that was too fast. It destroyed the price of oil,” said John Hess, the chief executive of Hess, a large US producer.

4. Industry sets out to target Build Back Better

The White House’s call for more oil was not the only bone the industry had to pick with Washington.

Big Oil is also lining up to oppose certain elements of the president’s $1.75tn spending bill—which Democrats are hoping to pass before the year is out.

Mike Sommers, chief executive of the American Petroleum Institute, Big Oil’s main Washington lobby group, said his organization had been successful in slimming down the bill from earlier iterations. It had lobbied to remove items including the Clean Electricity Performance Program (with which readers of this newsletter will be intimately familiar) and efforts to scrap industry subsidies from the tax code.

But unless further concessions are made on remaining items, such as a new fee on methane and increased royalties on leases on federal lands, his group will be lobbying Congress to vote the bill down.

“The tack that we have taken so far is that we have concerns about individual provisions—we’re not looking to tank the entire bill,” Sommers told the FT.