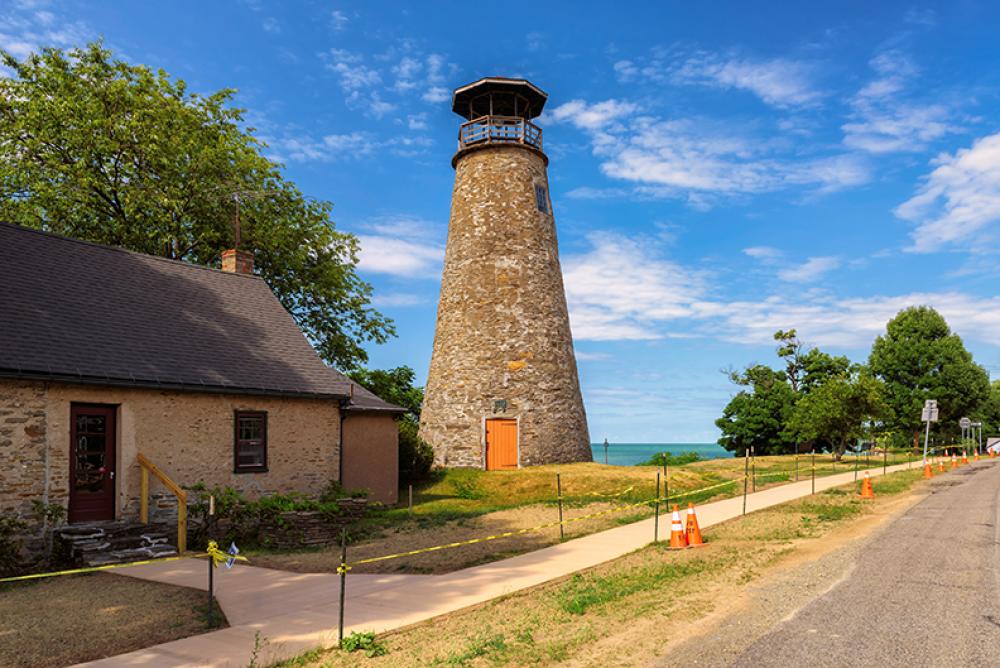 It is a small irony that the one hydrocarbon-producing state that refused to take part in unconventional development is actually the first state where natural gas was commercially produced. The first commercial gas well in North America was put on production in the western New York state town of Fredonia in 1825.

While other states and provinces, notably Vermont, banned hydraulic fracturing outright, that was a symbolic gesture only. About 35 states produce hydrocarbons and Vermont is not one of them, so banning fracking in Vermont is like banning snowball fights in Saudi Arabia.

In contrast, New York was indeed a pioneer in both gas and oil. The same formations that underlie Ohio and Pennsylvania extend up through New York and into Ontario and Quebec. Indeed the first commercial oil well in North America was not the heavily marketed 1859 Drake well in Titusville, Pa., but a much more modest affair in Petrolia, Ontario in 1858. But more on that another time.

The earliest commercial use of natural gas, say most historians, took place in 1825 in Fredonia, N.Y., halfway between Buffalo and Erie, Pa. According to the American Oil & Gas Historical Society, gas was piped to several stores, shops and a mill from a downtown gas well drilled by William Hart, who some consider as the father of the gas industry.

Hart made three attempts at drilling, wrote Lois Barris in her history of the Fredonia Gas Light and Water Works Company, which was incorporated in 1857.

“He left a broken drill in one shallow hole and abandoned a second site at a depth of 40 feet because of the small volume of gas found,” she wrote. “In his third attempt, Mr. Hart found a good flow of gas at 70 feet. He then constructed a crude meter, covering it with a rough shed and proceeded to pipe and market the first natural gas sold in this country.”

Records at the New York State Energy Research and Development Authority (Nyserda), natural gas seeps in Ontario County were first reported in 1669 by the French explorer, M. de La Salle, and a French missionary, M. de Galinee, who were shown the springs by local First Nations. The Hart well was first dug to a depth of 27 feet in the shale that outcropped in the area. A 1.5-inch diameter borehole was then drilled to a depth of 70 feet. Hart piped the gas to an innkeeper on the stagecoach route from Buffalo to Cleveland.

A recent feature in the Buffalo News adds further back story: “A local gunsmith noticed youngsters burning gas that was bubbling on Canadaway Creek, and he became intrigued. As the locals tell the story, William A. Hart used his wife’s washtub to trap the gas over the creek, drilling a hole in the tub, placing a gun barrel in the hole and lighting the gas.”

The Buffalo News continued, “That’s what led Hart to dig the first gas well in the United States – and start the company that was the precursor to today’s billion-dollar energy corporation, National Fuel. Once Hart dug the well, he supplied gas to a grist mill and four other buildings, including the tavern across Main Street where the Fredonia Fire Department now stands.”

Nyserda records show that shallow gas wells were soon drilled throughout the Chautauqua County “shale belt.” This natural gas was piped to businesses and street lights in Fredonia at the cost of $1.50 a year for each light; about $22 today. The gas streetlights became an attraction for travelers—there were no such thing as tourists in those days. There were also more significant aids to navigation. The first Lake Erie lighthouse illuminated by gas was built in 1828 at Barcelona, N.Y.

Nyserda records show that original Hart well produced until 1858 and supplied enough natural gas for a grist mill and for lighting in four shops. By the 1880s, gas was being piped to towns for lighting and heat, and to supply energy for the drilling of oil wells. Gas production from sandstone reservoirs in the Medina Formation was discovered in 1883 in Erie County. Medina production was discovered in Chautauqua County in 1886. By the early years of the 20th century, Medina production was established in three neighboring counties.

Gas in commercial quantities was first produced from the Trenton limestone in Oswego County in 1889 and in Onondaga County in 1896. By the close of the 19th century, natural gas companies were developing longer intrastate pipelines and municipal gas distribution systems. The first gas storage facility in the U.S. was developed in 1916 in the depleted Zoar field south of Buffalo.

By the late 1920s, declining production in New York’s shallow gas wells prompted gas companies to drill for deeper reservoirs. The first commercial gas production from the Oriskany sandstone was established in 1930. By the 1940s, deeper gas discoveries could no longer keep pace with the decline in shallow gas supplies. Rapid depletion and over-drilling of deep gas pools prompted gas companies in western New York to sign long-term contracts to import gas from out of state.

While the landmark work of Mitchell Energy in the Barnett shale gets proper credit for making resource plays economically viable, New York continued its pioneering efforts into the dawn of the unconventional era. Hydraulic fracturing was widely applied in the 1970’s and 1980’s to develop tight horizons in the Medina Group, according to Nyserda.

Gregory DL Morris can be reached at gmorris@hartenergy.com.

No buyer has been identified and no agreements reached with outside groups, Exxon spokesman Todd Spitler said.

If the new find at the group's Kali Berau Dalam-2 well shows good results, Indonesia may be able to push back the current estimate for when it has a natural gas deficit, or when consumption is greater than domestic supply, from 2025.