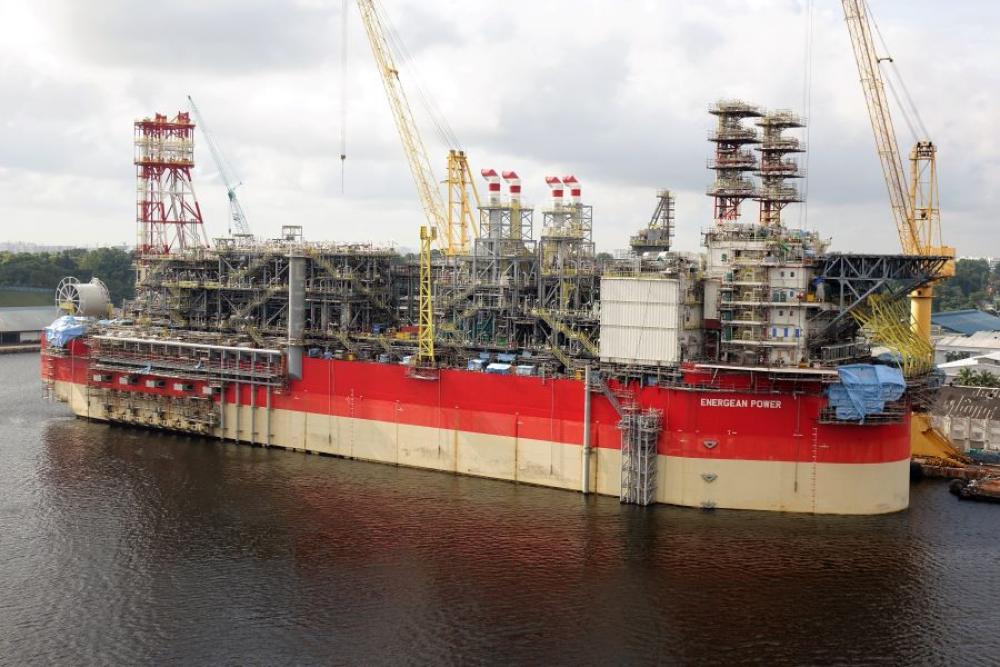 The Energean-operated Karish field in the Mediterranean Sea has gone onstream, the company announced on Oct. 26.

Energean Plc announced it had achieved first gas on the Karish project from the Karish Main-02 well and that gas flow was steadily ramping up to the Energean Power FPSO moored in 5,500 ft of water offshore Israel.

"We are committed to reach our medium-term targets of 200,000 boe/d production and $1.75 billion of annualized EBITDAX, and the delivery of the Karish project is a major milestone towards this goal,” Energean CEO Mathios Rigas said in a press release. “We are now focused on ramping up production and delivering the full 8 Bcm capacity through our expansion project to the Energean Power FPSO."

In March 2018, Energean sanctioned the main $1.7 billion Karish project with the intention to develop the Karish and Tanin blocks, which are located in the north of Israel’s exclusive economic zone. Karish, discovered in 2013, and Tanin, discovered in 2011, are in the Levantine Basin and are part of the Early Miocene Tamar Sands play, originally discovered by Noble Energy Inc. about a decade ago.

The Cosco yard in Zhousan, China, fabricated the hull, which sailed away in April of 2020 for Singapore. Two tugs transported the Energean Power FPSO from Sembcorp Marine's Admiralty Yard in Singapore to Israel and arrived in June of this year. The FPSO has a gas treatment capacity of 800 MMcf/d, or 8 Bcm per year, and liquids storage capacity of 800,000 bbl.

The initial capacity of the Energean Power FPSO and the sales gas pipeline is up to 6.5 Bcm per year, and commercial gas sales are expected to reach this level four to six months following first gas, the company said.

According to the company, the Karish North development—the second oil train and the second export riser—are on track for completion in late 2023, following which Energean will be able to produce to the full 8 Bcm/yr capacity of its infrastructure.

In August 2016, Energean acquired 100% interest in the Karish and Tanin fields from Delek Drilling and Avner.