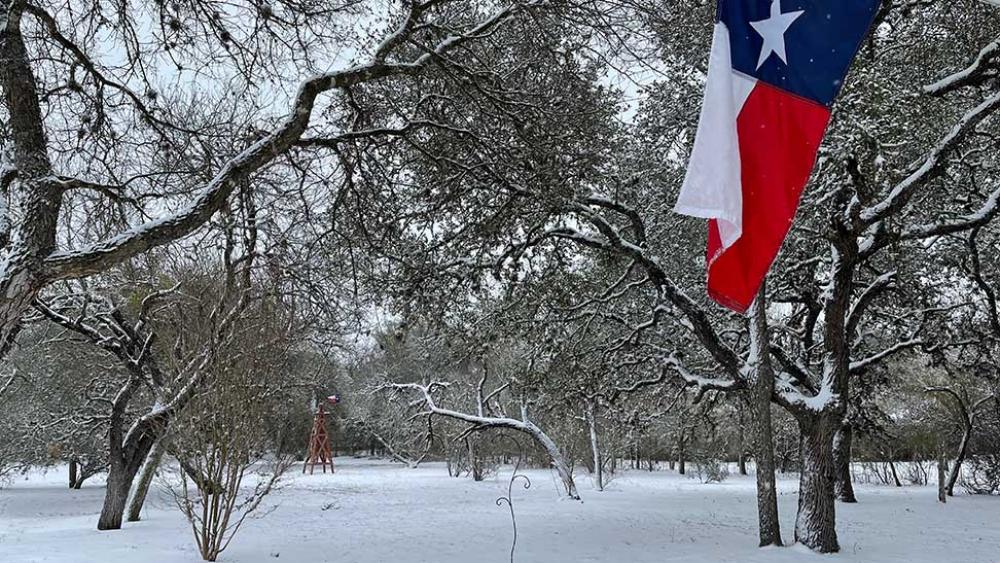 “This is a once-in-a-generation need where resilience, reliability and customers are at risk if we don’t get it done,” Clements told interviewer Russell Gold, senior editor at Texas Monthly. The event, sponsored by the Texas A&M Energy Systems Laboratory, took place ahead of the Texas Energy Summit in March 2022 in Austin.

Clements also offered her views on her newly confirmed colleague on the commission, Willie Phillips, and what it will take to speed the process of building infrastructure.

Clements spoke just a day after FERC released its findings on the cold weather power outages that impacted 4.5 million people in Texas and other south central states during and after a severe winter storm in February. The report blamed the oil and gas industry for failing to winterize its systems, which led to 60% of failures at gas-fired power plants.

“What happened here was system fuel failures and freezing of generating units,” she said. My takeaway is, we need to have a discussion about the interconnection between Texas and its neighbors, in addition to a lot of other things.”

The system was just five minutes away from total failure, which Clements said points to the need for better planning to avert the most severe types of breakdowns.

“The system is vulnerable and it’s kind of shocking to me that some of the recommendations from at least the 2011 FERC/NERC staff report were not put into place in a way that could have decreased the intensity and the impacts of this storm,” she said. “We’re in 2021 now. I think people are ready to hear that the system is vulnerable and has been planned for a century that no longer exists, has been planned for a weather system that no longer holds true.

“The way we plan the system has to change, that we don’t have to keep learning these lessons every few years.”

Clements noted the failure to winterize generating units and the lack of reliability standards for that winterization, something that the North American Electric Reliability Corporation (NERC) has developed this year since the storm. She also emphasize the apolitical nature of the report that was conducted by staff, not by commissioners negotiating what would be included and how.

A matter of time

Upgrading the grid requires permits for projects, and that can be a project in itself. Gold mentioned the Southern Cross transmission project, which has yet to be built 17 years after first proposed. He noted that it was the same age as Gmail.

Clements didn’t address the Southern Cross project, but said that speeding the process was problematic, given the challenges of coordinated planning across regions. For example, the Southwest Power Pool (SPP), a regional transmission organization mandated by FERC, covers a large swath of the middle of the country from Montana and North Dakota south to the Texas Panhandle and New Mexico, and parts of Louisiana. Its sister organization, the Midcontinent Independent System Operator (MISO) covers Manitoba and 15 U.S. states.

“If you do consistent types of planning across regions, then you can start to match stuff up much quicker and you don’t run into the problem where you’re sitting in SPP and you’ve got this great idea for a line, but then it hits the scene with MISO and you have to have a whole another planning process, which could add on several years,” she said. “So it’s really getting strong planning and then coordinated or consistent planning across regions.”

The challenge of electrification: “We’re at this moment where the resource mix is just changing faster than regulation ever has and in regulation is not keeping up with it. We have an opportunity to facilitate really cost-effective electrification. You look at the end goal, on the other side of transition, you see a grid in SPP under normal conditions. You see grid in MISO. The question is, how do we finish getting from here to there?”

Full complement of five commissioners: “I’m really excited to have a fifth commissioner, current Chairman Willie Phillips from the D.C. commission. I think we’re moving pretty fast now. I’m pretty impressed with the chairman’s (Richard Glick) ability to get some stuff done, despite the fact that we’ve had some notable ties [in votes] in recent months. I think we’re already going full steam ahead and I imagine he’ll be jumping onto the train as we go.”