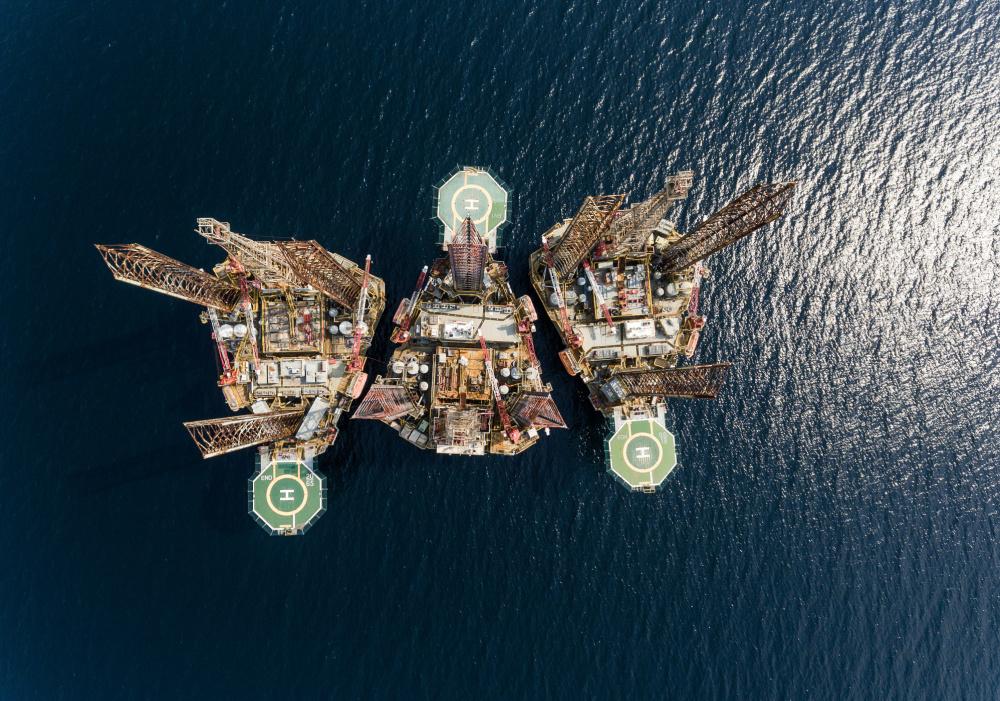 [Editor's note: A version of this article appeared in the November issue of E&P Plus. It was originally published Oct . 14, 2020. Subscribe to the digital publication here.]

The waters offshore Ghana have already given rise to the giant Jubilee oil field, where Kosmos Energy Ltd. detected an overlooked Upper Cretaceous structural-stratigraphic play concept in the Tano Basin.

The 2007 discovery opened the door to a new hydrocarbon province, putting the west African country on the map. More oil and gas finds—including the Tweneboa, Enyenra and Ntomme fields along with the Sankofa, Gye and Nyame fields—followed. Companies such as Exxon Mobil Corp. have since joined a list of explorers that includes Kosmos Energy, Tullow Oil Plc and Eni SpA.

“It took a while for companies to see that and convince themselves that the deepwater [offshore Ghana] has potential,” Michael Aryeetey, exploration and appraisal manager for the Ghana National Petroleum Corp. (GNPC), said referring to activity following Jubilee.

Among the latest discoveries is Springfield E&P Ltd.’s 2019 Afina discovery in West Cape Three Points Block 2, where undiscovered resource potential was put at more than an estimated 3 billion barrels of oil and gas based on multiple leads and prospects in proven reservoirs.

None would have been possible without seismic acquisition and interpretation, and the future may hold more opportunity as areas are derisked.

With licensing rounds possibly on the horizon and more than a half dozen companies slated to acquire seismic data, there is potential for exploration activity to ramp up in Ghana, according to Aryeetey, who presented Oct. 12 during the Society of Exploration Geophysicists’ virtual SEG20 conference.

“Even in COVID times when most of operations have been suspended, we are expecting things will pick up next year,” Aryeetey said pointing out petroleum agreements with work obligations such as seismic acquisition and exploration drilling.

Besides GNPC, companies such as Eni, Base Energy Ltd. and Eco Atlantic Oil & Gas Ltd. among others are obligated to acquire 3D seismic across their licenses in Ghana, Aryeetey said. The state-run company has plans to acquire next year about 1,500 sq km of 3D over offshore Block 1. “Seismic companies should be looking at Ghana,” he added.

“It is expected that once we complete our reconnaissance projects the government will demarcate blocks in the Voltaian Basin and will advise international oil companies to come in and apply for blocks. So very soon there is a lot more that will be coming out for companies that are looking at Ghana.”

Exploration across the some 103,600-sq-km Voltaian Basin onshore—the country’s largest sedimentary basin—has not been as aggressive compared to offshore, Aryeetey said, but exploration activities date back to the 1960s. At the time, geological and geophysical data was acquired by a Russian geoscientist and a gravity survey was obtained by Romanian geoscientists as Ghana engaged in government-to-government exploration relationships.

Results revealed traces of oil and gas, which attracted Royal Dutch Shell Plc to the area to conduct an airborne magnetic survey and acquire seismic data after securing a five-year petroleum prospecting license. GNPC data show Shell drilled the Premuase well in 1977. “Unfortunately, that well was not successful and the potential of the basin died at the time,” Aryeetey said.

He later recalled that some water wells drilled in the basin encountered bitumen and gas.

Recent subsurface geochemical analysis indicates hydrocarbon has been generated in the basin, he added, and in the western part of the basin “we are seeing seepages but they are connected to the Tano Basin, which ascends offshore.”

Geophysical data indicate conditions in the basin, which has Precambrian to Paleozoic-aged sediment, are favorable for commercial oil and gas potential, given the probability of stratigraphic and structural traps, according to a 2018 report released by the Oxford Institute for Energy Studies.

However, there are risks.

“The Voltaian Basin’s sedimentary neo-Proterozoic rocks have similarities to hydrocarbon-producing areas in North Africa such as Morocco, Algeria and Libya,” the report stated. “Exploration in the basin is perceived to carry high risk, due to the probable geological history of the subsurface. Located in the southern part of the basin, Volta Lake—one of the world’s largest constructed lakes—further adds to the complexity of acquiring seismic data in the area.”

At only 2,538 line km, the basin has relatively low seismic data coverage, according to GNPC.

The company shifted focus to Voltaian in recent years aiming to establish prospectivity and gain knowledge about the basin as part of a five-year program. Plans included 2D seismic data acquisition and processing, environmental impact assessment, community relations management and drilling of two conventional wells, according to its website.

More data is needed because what has been acquired so far is not extensive enough, according to Aryeetey. “3D will come but we need a lot more 2D to fill into what we acquired right now,” he said.

This includes the 36,000-sq-km Accra-Keta Basin, where the last 3D was acquired in 2006. Ghana’s petroleum commission is looking to engage companies interested in acquiring such data, he said.

As far as attracting investors overall, Ghana is depending on its political stability, fiscal regime and flexible contract terms to attract companies.

“We allow investors to select areas they want to invest,” Aryeetey said. “We have an open system where you can look at an area and go to the ministry and apply, and we’ll do a lot of direct negotiations. It’s not just licensing rounds.”

Ghana continues to draw interest following its inaugural licensing round in 2018-19.

In August, Ghana opened 11 blocks in the Keta Basin and one block in the offshore Tano Basin for direct negotiations. Several companies have submitted expressions of interest, Aryeetey said.

Unlike the Tano Basin, a prolific deepwater basin in the West African Transform Margin, the Keta Basin has not seen much exploration activity. Water depths of up to about 4,000 m are similar to Tano, he explained, but only about 200 wells have been drilled in Tano compared to about 16 in Keta.

“The few wells that have been drilled in deep water have shown tremendous promise,” with a high-quality reservoir, Aryeetey said. “What we have not been able to prove is a charge system. Therefore, we need to acquire the latest 3D seismic and do a lot of basin analysis to understand the geology of the basin. We believe, in Ghana, that it has a lot of potential and could even [have] bigger fields than we’ve seen in the Tano Basin. We expect in the future a lot more blocks will be put out there for investors.”