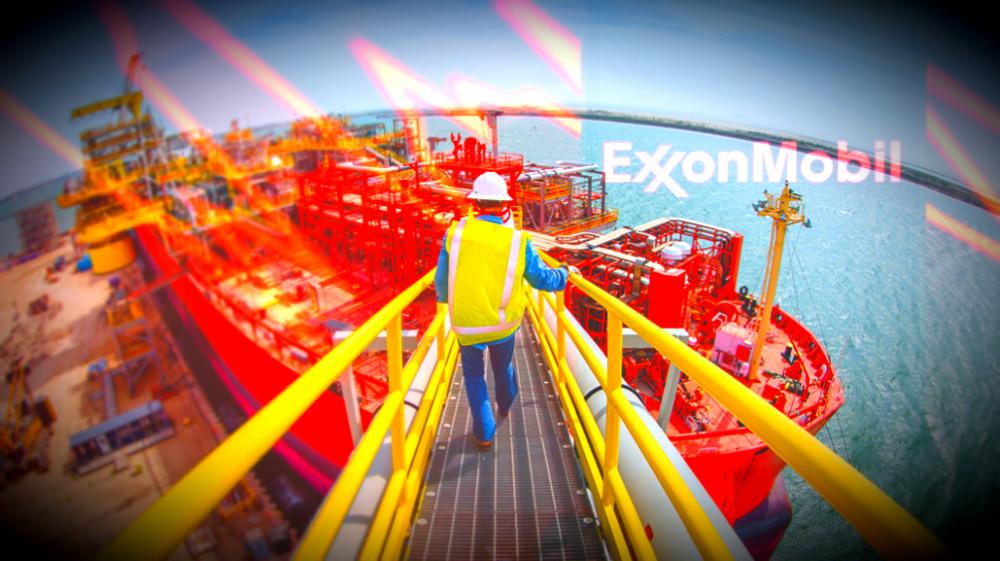 Exxon Mobil Corp. on Feb. 2 posted a historic annual loss after the COVID-19 pandemic hammered energy prices and reduced the value of the company’s shale gas properties by more than $20 billion.

The Irving, Texas-based oil major last year slashed spending on new projects by nearly a third, outlined plans to cut up to 15% of its workforce while adding $21 billion to its debt to cover its spending and restructuring.

The changes come amid “the most challenging market conditions Exxon has ever experienced,” said CEO Darren Woods, and over time will cut costs by $6 billion a year compared to 2019.

The company reported a net annual loss of $22.4 billion for 2020, on the write-down and losses in oil production and refining, compared with a full-year profit of $14.34 billion in 2019.

Exxon Mobil declined to comment if it has ever had an annual loss, but the company churned out profits since Exxon merged with Mobil in 1999 and through the 1980s oil bust.

The company remains under fire from environmentalists and activist investors pushing for a board overhaul and a strategy to transition to cleaner fuels. Exxon Mobil pushed back against their calls for clean energy expertise, naming the former head of Malaysia’s state oil company, Tan Sri Wan Zulkiflee Wan Ariffin, to its board. It is in discussions with other candidates, the company added.

Exxon Mobil posted a net loss of $20.2 billion, or $4.70 per share, in the fourth-quarter ended Dec. 31, compared with a profit of $5.69 billion, or $1.33 per share, a year ago. Excluding the impairment and other charges, the company earned 3 cents per share, beating analysts’ average expectation of a one-cent gain, according to Refinitiv IBES data.

“The turnaround story will take some time,” said Biraj Borkhataria, analyst with RBC Capital Markets, noting that the company is not yet covering its dividend and capital spending with cash from operations.

But with oil prices recovering, Exxon Mobil can start to cover dividend and begin paying down the $68 billion in debt on its balance sheet, Woods said. Oil is up 11% so far this year, and trading at pre-pandemic levels.

Exxon Mobil still has “plenty of wood to chop” but the willingness to cut costs to pay the dividend will play well with investors, said Mark Stoeckle, senior portfolio manager at Adams Funds.

Project spending fell nearly a third last year and this year will near the bottom of the company’s $16 billion to $19 billion forecast, Woods said. Spending will rise to as much as $25 billion from 2022 through 2025, he said.

Lower Output in Oil and Refining

Exxon Mobil’s oil and gas output was 3.7 million bbl/d in the fourth quarter, down 8% compared with a year earlier.

The company has pulled back spending sharply, but “may need to spend more” to stabilize production, said Peter McNally, global sector lead at Third Bridge Group.

It projects a doubling of Permian Basin output to 700,000 bbl/d by 2025, down from the million-barrel target it previously had expected to hit by 2024 in the top U.S. shale field, Woods said.

Exploration and production, Exxon Mobil’s largest business, lost $18.5 billion in the fourth quarter on the natural gas asset impairments, compared with a profit of $6.1 billion the year prior.

Its chemicals business earned $691 million on better margins in part from lower oil prices, up from a loss of $355 million a year ago. Refining lost $1.2 billion, compared with a profit of $898 million last year, on weak margins and lower output as the pandemic limited global travel.

The write-down lays bare the size of the miscalculation that the company made in 2010 when it paid $30 billion for U.S. shale oil and gas producer XTO Energy. The write-down also included properties in Argentina and Canada.

The move to add a board member comes as Exxon Mobil looks to burnish its environmental credentials as hedge fund Engine No. 1 leads a proxy fight to nominate four candidates to Exxon’s board.

“Exxon Mobil shareholders deserve a board that works proactively to create long-term value, not defensively in the face of deteriorating returns and the threat of losing their seats,” Engine No.1 said in a statement.

On Feb. 1, Exxon Mobil said it would invest $3 billion on lower-emission solutions through 2025 and that it has created a business that will focus on commercializing its carbon capture technology.

The appointment of Tiffany “TJ” Thom Cepak as board chairman replaces Mark A. (Mac) McFarland, who was named as permanent president and CEO of California Resources last month.