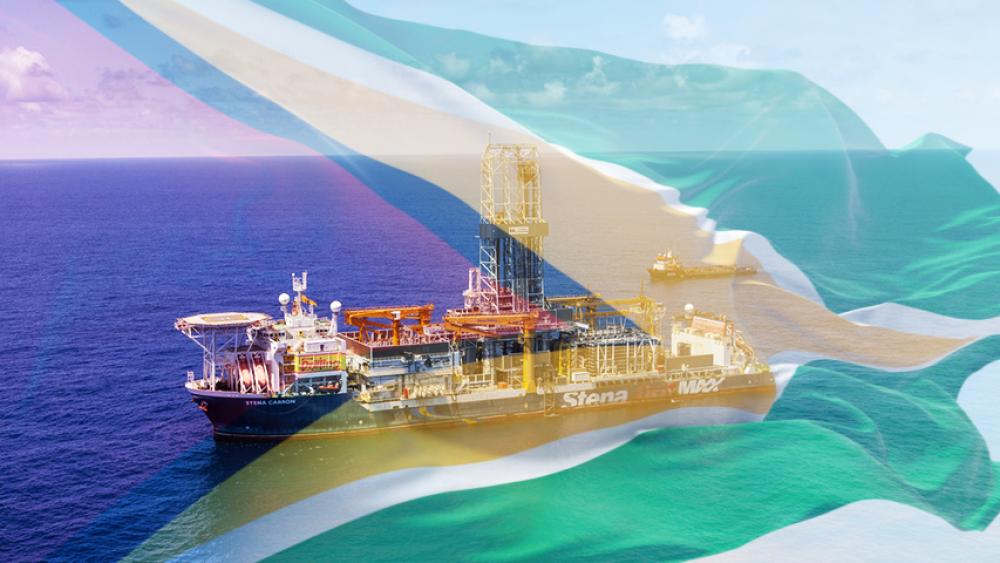 The three discoveries bring total discoveries made by Exxon Mobil offshore Guyana to five in 2022, increasing the company’s estimate of the recoverable resource for the Stabroek Block to nearly 11 billion oil-equivalent barrels.

“These discoveries and the updated resource estimate increase the confidence we have in our ambitious exploration strategy for the Stabroek Block and will help to inform our future development plans for the southeast part of the block,” Liam Mallon, president of ExxonMobil Upstream Co., commented in a company release.

Exxon Mobil Guyana has made 18 discoveries since May 2015 and begun production in December 2019 from the Liza Phase 1 development. The company, operator of the Stabroek, Canje and Kaieteur blocks, currently has four sanctioned projects offshore Guyana.

The three new discoveries offshore Guyana, southeast of the Liza and Payara developments, include the Barreleye-1, Patwa-1 and Lukanani-1 wells.

The Barreleye-1 well encountered approximately 230 ft (70 m) of hydrocarbon bearing sandstone reservoirs of which approximately 52 ft (16 m) is high quality oil bearing. The well was drilled in 3,840 ft (1,170 m) of water and is located approximately 20 miles (32 km) southeast of the Liza Field.

The Lukanani-1 well encountered 115 ft (35 m) of hydrocarbon bearing sandstone reservoirs of which approximately 76 ft (23 m) is high quality oil bearing. The well was drilled in water depth of 4,068 ft (1,240 m) and is located in the southeastern part of the block, approximately 2 miles (3 kilometers) west of the Pluma discovery.

The Patwa-1 well encountered 108 ft (33 m) of hydrocarbon bearing sandstone reservoirs. The well was drilled in 6,315 ft (1,925 m) of water and is located approximately 3 miles (5 km) northwest of the Cataback-1 discovery.

Operations are ongoing at Barreleye-1 and Lukanani-1.

The discoveries at Barreleye-1, Patwa-1 and Lukanani-1 will inform future development plans in southeast portion of the Stabroek Block, the companies said.

Hess CEO John Hess commented in a separate release: “These new discoveries further demonstrate the extraordinary resource density of the Stabroek Block and will underpin our queue of future development opportunities. We look forward to continuing to work with the Government of Guyana and our partners to realize the remarkable potential of this world class resource for the benefit of all stakeholders.”