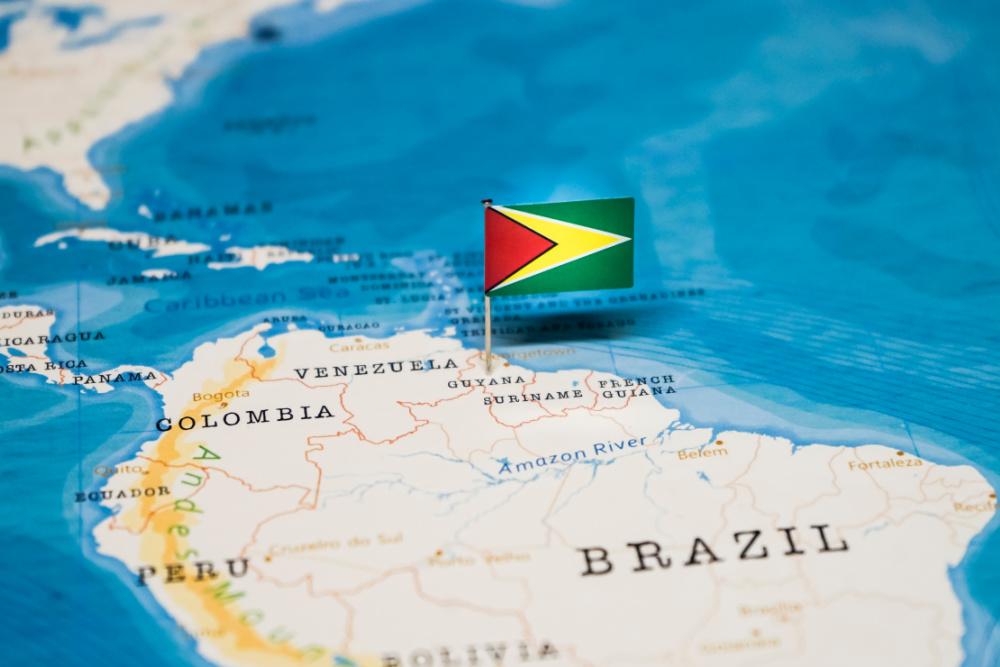 The $10 billion Yellowtail project will include six drill centers and up to 26 production and 25 injection wells. (Source: Shutterstock.com)

Exxon Mobil has made a final investment decision (FID) for the Yellowtail development offshore Guyana after receiving government and regulatory approvals, the Texas-based company said in an April 4 release.

Exxon Mobil’s fourth, and largest, project in the Stabroek Block is expected to produce approximately 250,000 bbl/d of oil starting in 2025. The company operates the project alongside partners U.S.-based Hess Corp. and China’s CNOOC Ltd.

“Yellowtail’s development further demonstrates the successful partnership between Exxon Mobil and Guyana, and helps provide the world with another reliable source of energy to meet future demand and ensure a secure energy transition,” Liam Mallon, president of Exxon Mobil Upstream Co., said in the company release.

Exxon Mobil’s ongoing offshore exploration in Guyana has discovered a recoverable resource of more than 10 billion oil-equivalent barrels. The company anticipates up to 10 projects on the Stabroek Block to develop this resource.

“We are working to maximize benefits for the people of Guyana and increase global supplies through safe and responsible development on an accelerated schedule,” Mallon added.

Yellowtail production from the ONE GUYANA FPSO vessel will develop an estimated resource of more than 900 million barrels of oil. The $10 billion project will include six drill centers and up to 26 production and 25 injection wells.

SBM Offshore is set to perform FEED work on the Yellowtail FPSO with plans to provide one of its Fast4Ward hulls for the project, according to an announcement in November 2021.

“We are excited to sanction our fourth oil development and the largest FPSO to date on the Stabroek Block,” CEO John Hess commented in a separate company release on April 4.

At least six FPSOs with a production capacity of more than 1 million gross bbl/d of oil per are expected to be online on the Stabroek Block in 2027, with the potential for up to 10 FPSOs to develop gross discovered recoverable resources of more than 10 billion boe.

“We look forward to continuing to work with the Government of Guyana and our partners to realize the remarkable potential of this world-class resource for the benefit of all stakeholders,” Hess continued. “The world will need these low-cost oil resources to meet future energy demand and help ensure an affordable, just and secure energy transition.”

Hess’ net share of Yellowtail development costs, excluding pre-sanction costs and FPSO purchase cost, is forecast to be approximately $2.3 billion, according to its release.