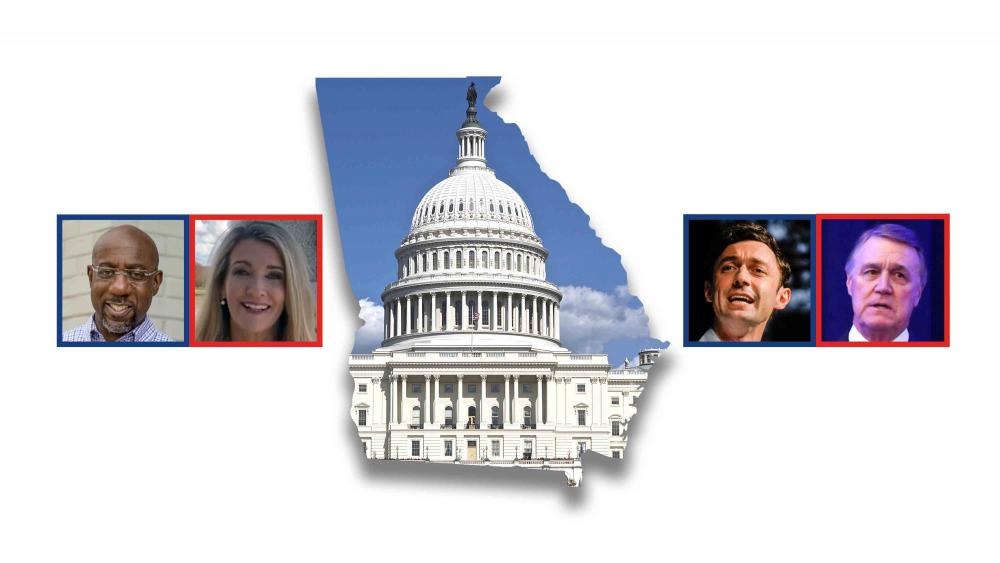 In early January, Georgia voters will determine which party controls the U.S. Senate in a runoff election of enormous consequence for the country and, in no small part, the oil and gas industry.

“If we get a Republican Senate, then divided branches nullify change and the market will roar,” Ethan Bellamy, East Daley’s managing director of midstream strategy, told Hart Energy. “If, however, the Democrats control all three branches, it’s Katie, bar the door for oil and gas and, more broadly, tax policy.”

Georgia’s election resulted in a more than 14,000-vote advantage for President-elect Joe Biden, which is now in the process of a recount by hand, and two Senate races that failed to produce candidates with the necessary majority of votes. On Jan. 5, those races will be resolved in two runoffs. Democrats would need to win both seats to control the Senate. Only one of the Republican candidates would need to win for the party to retain control.

Incumbent Republican David Perdue beat Democrat Jon Ossoff by about 16,600 votes on Nov. 3 but only garnered 49.7% of the total in a race he was favored to win. The other race is a special election to fill the remainder of the term of Sen. Johnny Isakson, who retired in 2019 for health reasons. Republican Sen. Kelly Loeffler, appointed by Gov. Brian Kemp, survived the race of 20 candidates by garnering 26% of the vote, second to her opponent in the runoff, the Rev. Raphael Warnock.

An early poll by Remington Research Group had both Republicans slightly ahead. Outside money is gushing into the state, however, and one Republican described the intensity of the campaign as “the political equivalent of ‘Braveheart’ where everyone paints their face blue and just charges across the field.”

Bellamy is more concerned about how the oil and gas industry will fare in the aftermath of the political combat.

“With or without a Democratic Senate, we are in for methane regulations that drive lease operating expenses higher, a FERC that likely will start including life-cycle greenhouse gas emissions in certification, friction on federal lands and within BLM (Bureau of Land Management), an Army Corps (of Engineers) that could be instructed to bring the hammer in environmental impact statements, and more dovish policy toward Iran,” he said.

Based on an unscientific poll he conducted on Twitter, Bellamy is not alone. Climate change challenges are unsettling to many.

“As we have seen with the pipeline opposition movement, you only need one water crossing to delay or prevent a 1,000-mile pipeline,” he said. “We are witnessing the end of long-haul pipeline construction in North America, at least until the left figures out that they will need pipelines to run a hydrogen economy.”

And then there is the issue of Biden’s age. At 78 on Inauguration Day, he will enter office as the oldest to ever serve as U.S. president.

“The truly scary scenario,” Bellamy said, “is one where the Democrats control all three branches and President Biden is unable to complete his term, leaving us with President (Kamala) Harris, a Californian and the most liberal U.S. Senator. She could open the door to the progressives working toward their neo-agrarian low-energy Utopia.”

Panel Mulls ‘What If’ Scenarios for Offshore Oil Under Biden Administration

How Likely is Joe Biden to Enact Green, Real Change?

To be fair, a number of oil and gas executives are not showing concern about working with the Biden administration.

Shell U.S. President Gretchen Watkins has indicated that she would favor a reversal of the Trump administration’s rollback of methane emissions regulations, telling the Greater Houston Partnership that “some of the regulatory rollbacks that we’ve seen under the current administration haven’t actually benefited our industry.”

“It gets back to collaboration,” she said. “No matter who’s in the White House, no matter which party controls the Senate and the House, it’s really imperative for us as an industry to collaborate with them, with the regulators and with people in our society to help people understand what fracking really is, how we’re doing it so much better today than we have done in the past. I’m not as worried as some people are. It’s going to take some work to share that knowledge and to get his staff on board.”

Offshore experts were less sanguine. A decision by the incoming administration to cut off new leasing would “squeeze the life out of the U.S. [Gulf of Mexico] and Alaska,” said a Wood Mackenzie report.

“No new exploration wells have a more immediate impact,” said Julie Wilson, director of the firm’s global exploration research team, during an OTC Live virtual event on Nov. 11. The result, she said would be $100 billion in lost government revenue from royalties, corporate taxes and lease sales.

Katie Mehnert, CEO of the Pink Petro media platform for women professionals in the energy industry, has no plans to bar the door. She pushed back against fears of doom expressed by some in the oil and gas industry over plans of the incoming administration.

“Presidents don’t exert as much control over our industry as some people claim,” she wrote on the Pink Petro website. “As factcheck.org has pointed out, the advances in our industry, particularly around technology, have been largely responsible for this growth no matter who the president is.”

COVID and Oil and Gas, Oh My

Two variables more important than control of the Senate are a vaccine for COVID-19 and the actions of the Federal Reserve, Bellamy said. Pfizer announced Nov. 9 that it had developed a vaccine that was 90% effective in preventing the coronavirus and would ask the Food and Drug Administration for permission for emergency authorization of the two-dose medication. By year’s end, enough vaccine could be produced for 15 million to 20 million people.

“Oil can’t rally until we replace the giant gaping wound in oil demand from the jet fuel and air traffic collapse, and that is directly tied to a vaccine,” he said. “Since the Fed has proven itself to be nothing more than a pro-cyclical crash generator, you can expect them to remain dovish for far beyond what should be really required to tackle COVID-19.”

Bellamy also has his eye on foreign policy, particularly how the U.S. handles Iran and trade with China. He believes that Biden’s aversion to a hardline stance on Iran will hurt oil prices if the Iranians are allowed to pump more and dump it on the world markets. Higher fuel efficiency and vehicle emissions will hurt oil during the Biden administration, all things being equal, Bellamy said.

“The wildcard is LNG,” he said. “If Biden smooths the China trade war—and it would be tough to increase the current acrimony—then you could see a strong China bid for natural gas emerge. In the short term, declining associated gas has already pushed natural gas prices, a trend we see continuing above $3 into 2021. If Mountain Valley doesn’t finish, soon or ever, that makes an even more bullish case for natural gas as export lines out of the Northeast run at capacity, constraining that key supply source. Accordingly, 2021 should be the year of the Haynesville comeback.”