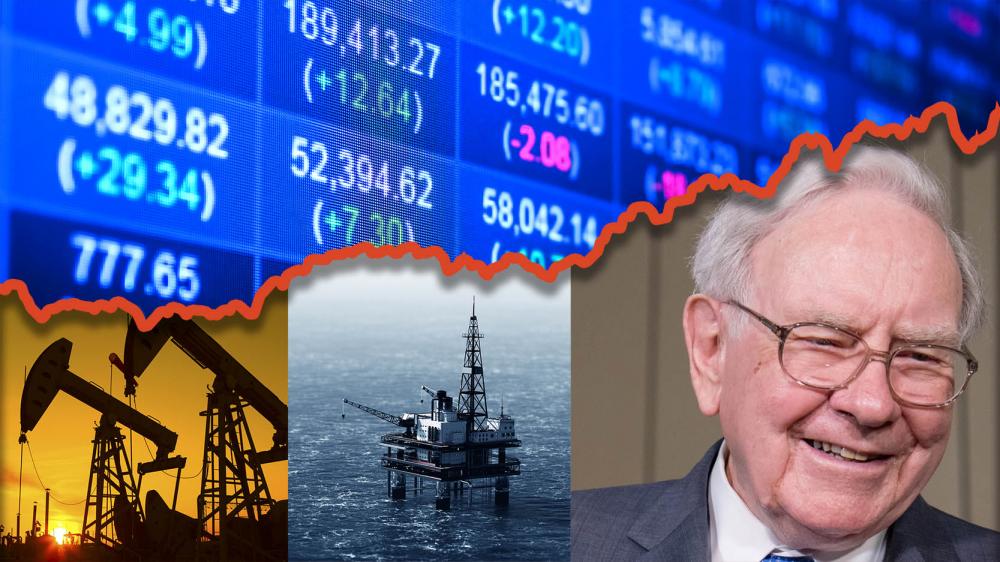 This forecast from Matthew Iak, executive vice president of U.S. Energy Development Corp., comes as S&P Dow Jones sector indexes show energy enjoying a boom over the last year while the bulk of the market struggles.

From the start of the year through the end of the first quarter, Buffett’s Berkshire Hathaway’s stake in Chevron Corp. soared from about $4.5 billion to almost $26 billion.

True, Chevron’s stock price hitched a ride on elevating crude oil prices to rise more than 30% in the quarter, but that wouldn’t account for the increase in value of Berkshire’s stake. Buffett saw the trend and invested many billions. He also pumped about $7 billion into Occidental Petroleum Corp. stock.

And what’s not to like about oil and gas stocks? In the 12 months ending May 11, the S&P Dow Jones Energy Select Sector index boasted a giddy 53.8% net total return. By comparison, the health care and financial sectors delivered anemic returns, the financial (-9.2%) and industrial (-10.8%) sectors suffered setbacks, and the S&P 500 index shed 4.3%.

But what about mere mortals who lack the stature of the Oracle of Omaha? Is the run-up over? Too late to get in? Time to get out of energy stocks?

“Quite to the contrary,” Iak said. “If anything, we’re in the opening innings of an ultra-long-term energy supercycle bull market. Many investors are confusing the current short-term volatility in energy prices, attributable to geopolitical issues, with the longer term, upward trend of commodity prices caused by a global supply and demand imbalance.”

If anything, Iak believes there needs to be increased awareness of a massive imbalance now forming for fossil fuels.

“Regardless of an investor’s view on renewable versus traditional energy, it’s becoming more apparent every day that we need substantially more fossil fuel and renewable production, as neither can meet the growing energy demand alone,” he said.

Savvy investors have to consider the divergent valuations of fossil fuel and renewable companies, Iak said.

“Fossil fuel stocks are traditionally more mature and based on current cash flow, whereas renewable energy investments are a bit more speculative and unknown, with a value based on future cash flow and potential,” he said. “Prudent investors and stakeholders stick with what they know and understand.”

In addition to his enthusiasm for oil and gas, Buffett also has an eye on renewable opportunities. By year-end 2021, Berkshire Hathaway Energy had invested about $6.7 billion in solar energy projects.

Of course, the returns are not compelling to all. Remember the movement to divest holdings in fossil fuel companies? It’s still there. So are investors who are dogmatic about supporting fossil fuels.

When considerations other than economics govern investment decisions, the free market can become distorted. Pressure on publicly traded companies to have capital discipline has resulted in what many call it the most unfair advantage in private company history, he said.

“Consequently, this movement results in inherent losers, including publicly traded companies who would have been best positioned to benefit from this opportunity under free market conditions,” Iak said. Long-term, fossil fuel firms will continue to practice capital discipline, while developing transformative business models that balance the need for renewable energy goals.

“In fact,” he said, “as demand grows and supply shrinks, we believe traditional energy offers the greatest generational opportunity from an investment perspective.”