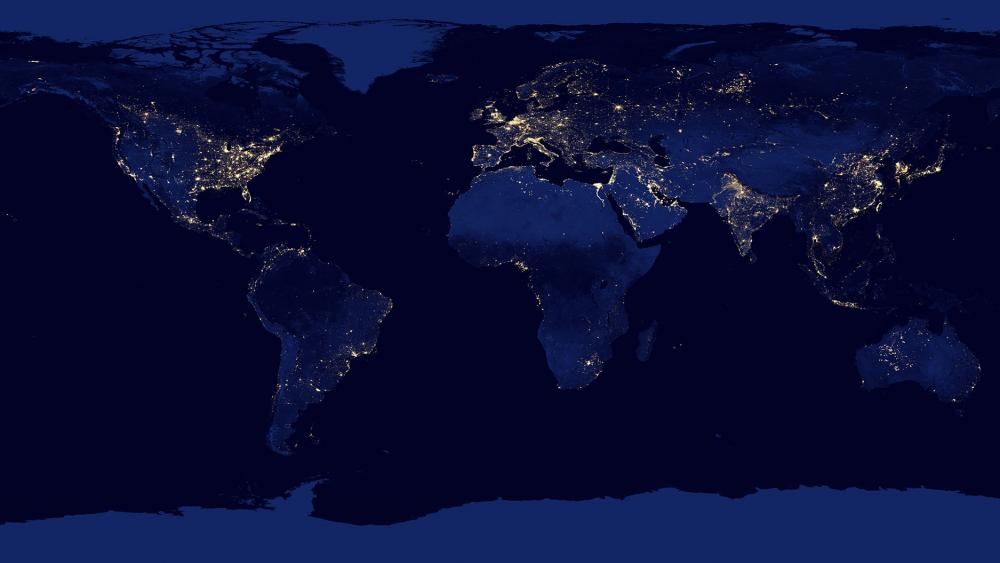 This digital composite of satellite images of the earth at night shows the disparity between industrialized and developing countries in terms of energy use. Elements of this image were furnished by NASA. (Source: pio3/Shutterstock.com)

Strong global demand for oil will continue because emerging nations will choose the most economical, energy-dense fuels for growth, an expert said during an Offshore Technology Conference webinar on June 9. This will occur even as developed nations turn away from fossil fuels toward renewables.

“When you talk about the world of energy, it is definitely a world of haves and have-nots,” Ken Medlock, senior director of the Center for Energy Studies at Rice University’s Baker Institute for Public Policy, told viewers.

For an idea of how that world appears, look at the famed National Geographic 2004 Earth at Night image or, more immediately, at the composite picture above. The pictures, built from photos taken by NASA satellites, show where people use energy—and where they don’t.

“If you look, for example, at sub-Saharan Africa, it is not dark at night because there are no people,” Medlock said. “It is dark at night because those people lack access to modern energy services. In that part of the world, we’re talking about over 1 billion people. So, almost as many people as exist in the OECD (Organization for Economic Cooperation Development), but over 1 billion people that do not have access to modern energy services. That is staggering.”