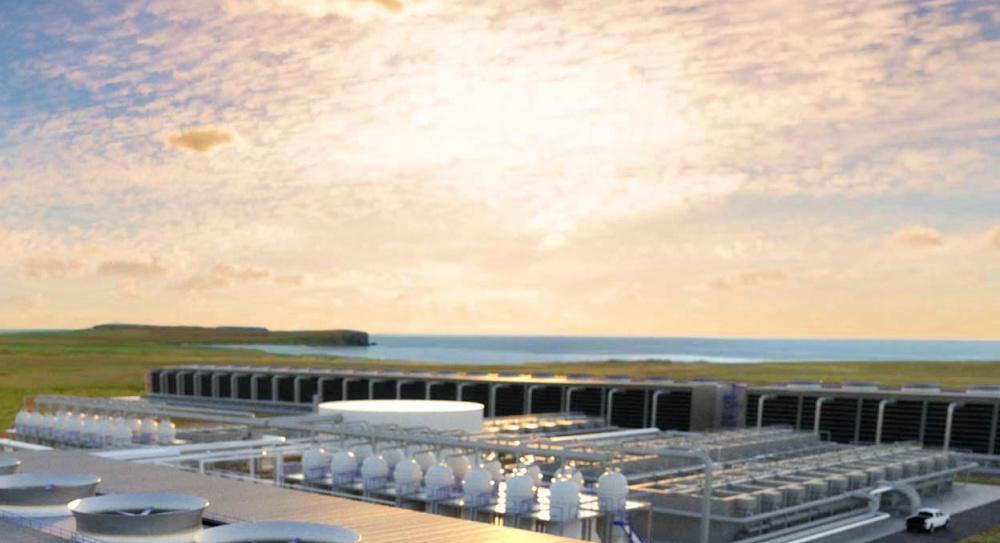 A growing number of oil and gas companies are working to help reduce atmospheric emissions by capturing existing emissions, as well as decrease harmful greenhouse gases emitted during operations, with the goal of maintaining an energy mix that blends traditional and sustainable operating methods.

One such company is 1PointFive, a carbon capture, utilization and sequestration (CCUS) platform of Occidental Petroleum Corp.’s Low Carbon Ventures subsidiary. Named after its commitment to stopping global temperatures from rising above 1.5 C, the Oxy offshoot was created in 2020 to commercialize technology company Carbon Engineering’s direct air capture (DAC) technology.

Through Carbon Engineering’s DAC technology, carbon emissions can be removed from the atmosphere, safely and permanently stored in underground geologic reserves and reused to produce low-carbon fuels, cement or plastic products.

“Air is pulled into the facility with dozens of high-powered fans and sent through a series of processes that separate the carbon dioxide from other atmospheric molecules,” a demonstration on 1PointFive’s website explained. “The isolated CO₂ is then converted into a liquid, which can be pumped underground to be safely and permanently stored or used as a feedstock for products that improve our quality of life.”

“A DAC facility will have large fans that draw air into each unit, where it is absorbed into a chemical solution of potassium hydroxide and water, which bonds to the CO₂,” it continued. “This bonding happens as the potassium hydroxide flows across a highly engineered PVC packing system, designed to increase the surface area and amount of CO₂ captured. Once the liquid solution reaches the unit’s outlet, the process of concentrating the capture CO₂ begins.”

On June 27, the company announced an agreement with Manulife Investment Management to lease approximately 27,000 acres of timberland in western Louisiana for the development and operation of a carbon sequestration hub that would permanently store industrial carbon emissions.

According to a press release detailing the announcement, 1PointFive and Manulife are looking into developing additional acreage for other CCS projects throughout the Louisiana area, as well as around the country.

“We understand the importance our forests and underlying land play as a natural climate solution in decarbonization,” Eduardo Hernandez, managing director and global head of timberland operations at Manulife Investment Management, said in the release. “We focus on sustainably managing our forests for climate-positive and nature-positive impact, and we are excited to find additional opportunities to continue this work for clients.”

The company reported that some of the CCS facilities are expected to be “anchored by direct air capture facilities,” according to the press release.

“We are excited to join with Manulife and lease the acreage to develop a hub that will provide sequestration infrastructure and services for industrial emitters and 1PointFive’s future DAC facilities,” Oxy Low Carbon Venture Vice President Dr. Doug Conquest added. “This agreement strengthens our CCUS position and advances commercial-scale decarbonization solutions in line with Oxy’s net-zero goals.”

Through the two agreements, Oxy Low Carbon Ventures aims to reduce carbon in the atmosphere and contribute to its goal of helping lower the overall global temperature.