California Resources Corp. (CRC) is aiming to be a leader in the energy industry’s next chapter and expects a carbon capture joint venture (JV) recently formed with Brookfield Asset Management Inc. to help with its goal.

Brookfield initially committed $500 million to help fund 200 million tons of carbon capture and sequestration (CCS) projects in California, where CRC is solely focused, through the Brookfield Global Transition Fund, “the world’s largest fund dedicated to facilitating the global transition to a net-zero carbon economy,” according to a release announcing the agreement in August.

As CRC steps more broadly into the decarbonization sphere, the company strives to be “the industry leader in the energy transition,” according to Francisco Leon, executive vice president and CFO, with the goal of achieving full-scale net zero by 2045.

“CRC has always had very high ESG standards as an energy company,” Leon told Hart Energy. “Since we were founded in 2014, we have been a leader in environmental stewardship providing safe and responsible operations across California. We produce low-carbon intensity oil with no flaring and no fracking in our operations. We have an accelerated abandonment P&A program, and we're a net water provider. So, all this puts us at the top of the peer group.” 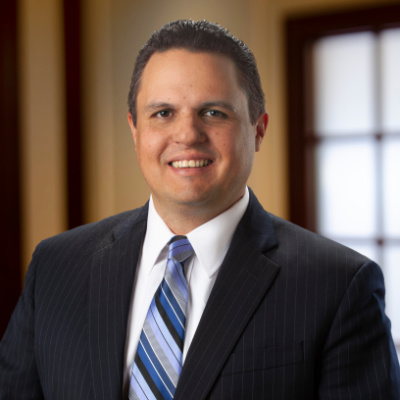 “One of the things that really stood out against other partnership options was how far advanced Brookfield was in their thinking about CCS—understanding how to scale the technology and how to take this to market.”—Francisco Leon, California Resources

Frenette and Leon recently joined Hart Energy to discuss the details of the CRC and Brookfield partnership and what it intends to accomplish moving forward.

Madison Ratcliff: What motivated each of your companies to become leaders in the decarbonization space?

Francisco Leon: CRC is a publicly traded independent oil and natural gas company very much committed to the energy transition. In fact, our vision is to be the industry leader in the energy transition. We start with certain hydrocarbons, which are already the lowest carbon intensity energy in the U.S., and we want to combine that with a sustainable carbon management solutions platform. We want to be the new kind of energy company. That means offsetting Scope 1, 2 and 3 [emissions] and [being] fully aligned with the Paris Climate Accord.

We can do this by developing our carbon storage and sequestration platform and taking on other emissions-reducing projects. That's why last year, we formed a subsidiary called Carbon TerraVault to make this a reality; it's a series of CCS projects throughout California that will take CO₂ that's captured from third-party industrial sources and inject it into depleted underground oil and gas reservoirs to permanently store CO₂ deep underground. CRC has applied for permits with the EPA [Environmental Protection Agency] and other agencies for environmental review, and we are well on our way to try to make CCS a reality in California.

Craig Frenette: The Brookfield Global Transition Fund has three primary strategic investment themes: business transformation, clean energy, and sustainable solutions. Within our business transformation strategy, that's where we have the mandate to invest in the full CCS value chain, and we really looked for leading partners in the space to invest with through our fund. When we started to look at the universe of companies in the space, it was clear that CRC is well advanced ahead of its peers in terms of project permitting cycles and development timelines.

MR: What drove the two companies to work together? Why choose CRC/Brookfield specifically as a partner for this investment?

FL: Here in California, our view is that we can take CCS as a service to industrial emitters throughout the state. Brookfield has that platform to develop projects, and as one of the world’s largest renewable investors, they have the experience in structuring contracts that will make these viable projects for years to come, which gives us an ability to accelerate our ambitions to be the leader in CCS in the U.S., starting with California.

Brookfield brings tremendous reach across all of the stakeholders—emitters, regulators and potential partners. We very much wanted to partner with someone of the quality of Brookfield. But one of the things that really stood out against other partnership options was how far advanced Brookfield was in their thinking about CCS—understanding how to scale the technology and how to take this to market. Brookfield invested in a company called Entropy in Alberta, Canada, that has post-combustion capture technology and is thinking through ways to bring down cost scale and advance the technology of capture. So, through that investment, Brookfield is really advanced in how to make this a reality and how to take the technology to different admitting sources throughout the state.

CF: We are also very keen and excited to partner with CRC for a few other reasons… One is that CRC is one of the largest non-governmental landowners in the state of California, so they have an extensive inventory of proprietary subsurface technical data (for example 3D seismic), not to mention the land itself that can be used potentially for CO₂ sequestration. They've also been extremely active in permit applications, having, by our estimates, some 20% of the permits in progress right now for all Class VI CO₂ sequestration wells in the U.S.—and they have three-quarters of these permit applications within  California. CRC is also well aligned with the objectives of the Brookfield Global Transition Fund, with the company having made its own Scope 1, 2 and 3 net-zero commitments by 2045. That then provides for strong alignment to ramp up a large-scale  CCS business through the JV.

MR: Through the JV, Brookfield has invested $500 million in CCS projects, the first of which is an Elk Hills Field project in Kern County, Calif. What are some of the important details that the project will entail?

FL: We’re starting with reservoir 26 R… It has about 30 million tons of capacity [but] could be bigger than that at the end of the day, somewhere between 30 million to 40 million tons is what we're targeting.

The JV agreement established a value for the pore space at $10/metric ton of CO₂ storage capacity, which will be payable in three installments for a total estimated payment of $137 million. This valuation marker is an industry first and helps fund future capital calls for the project. 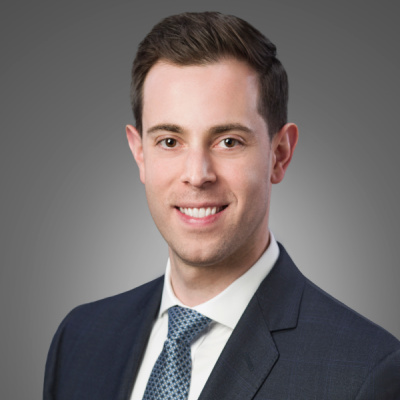 “Within our business  transformation strategy, that's where we have the mandate to invest in the full CCS value chain, and we really looked for leading partners in the space to invest with through our fund.”—Craig Frenette, Brookfield

We applied for a Class VI permit with the EPA hoping to get the permit issued towards the end of next year. We’ll start the process to finalize the details around emitters’ contracts and capture facilities investments to get to a final investment decision on the project, which we want to be operational by 2025 with our first CO₂ injection into the ground—somewhere around 750,000 to a million tons per year. We also have a number of other reservoir storage tanks that the CRC team is working on and we want those ready to be presented to the JV. We’ll meet as a team with Brookfield again to look at the prospects of those projects’ commercial viability, and we’ll continue to drop in more assets.

CF: Brookfield’s initial commitment is to invest up to $500 million where the projects fit our investment criteria. However, we see potential expansion of that figure if the JV deploys full-scale capital across the CCS value chain on  5 million tons per year of CO₂ throughput—which is the current target—that would cost somewhere in the vicinity of $2.5 billion. If you then look at that with a roughly 50:50 split–each counterparty could potentially be looking at contributing capital in the range of $1.25 billion. There would be opportunities for debt financing on top of that to reduce the equity checks, but just to give some sense of scale here, it could be significantly higher than our initial investment commitment as we start to develop and ramp up projects through the JV, so long as the projects meet our requirements.

MR: What other projects are you looking to develop within the JV outside of the Elk Hills project?

FL: Carbon TerraVault has filed four out of the five known permits in California—almost 80%. So, we’ve advanced the ball on the permitting so that [of] those four out of five permits, the first two are in Elk Hills, which we filed last year. Then this year we went ahead and filed another 80 million tons worth of permits, and they’re in the Northern part of California, close to the San Francisco Bay Area complex, where there’s a lot of emissions. A lot of refineries are up there. We’re going to be within a relatively short distance from these emission sources in the north, just around the Sacramento basin, from a hydrocarbon perspective creating two core areas of development for us: one in Elk Hills, which is near Bakersfield, and then this second set of projects where we filed the permits near San Francisco.

So, combined now we have 120 million tons of capacity that we’ve filed with the EPA for permits. And we’re targeting to add 80 million tons in other parts of the state by the end of the year, making it 200 million tons, which is what we committed to the market, to investors to be filed for permit before the end of this year.