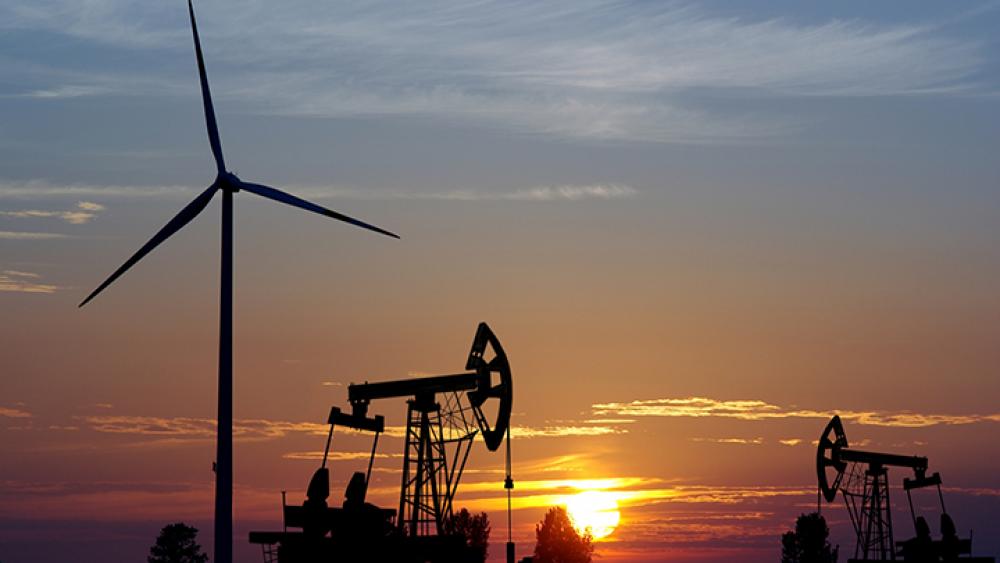 HOUSTON—John Hofmeister, the former president of Shell Oil Company, says incentives rather than mandates are the best approach to bringing about change in how energy is used in this country.

Speaking as a member of a three-person panel discussion on “The New Energy Economy” at the University of Houston on Sept. 12, Hofmeister made clear what he thought the government’s role should be when it comes to how energy use affects climate change and the environment in the United States.

“The government should be an enabler, not a mandater,” Hofmeister said. “By enabler what I mean is instead of an elected official or an appointed official telling you what you will do or what you will not do, set in place those enablers that makes things possible.”

A much discussed carbon tax or even cap-and-trade are enticements Hofmeister believes could be incentives that would bring about energy change. But Hofmeister knows firsthand how tricky it can be to navigate the politics.

For years during his tenure with Shell, Hofmeister pushed for the Cap-and-Trade Bill but it didn’t go anywhere. It narrowly passed in the House of Representatives in the late 2000s, but the Democrat-led Senate, at the time, refused to take the Bill to the floor so it died.

“Here we are a decade later and not only is there not a Cap-and-Trade Bill going through Congress, there is not a carbon tax going through Congress,” Hofmeister said. “Nothing is happening because the atmosphere of government enabling is so polluted by the experience of the cap-and-trade that nobody wants to touch it. But the government must step up to produce the enablers and tax is a good one.

“Other incentives can be considered, as well, such as tax breaks for those who are enabling, those companies which are marketing those that marketing their good and services for efficiency, environmental cleanup, for changing the nature of the energy that we use.”

Hofmeister takes a hard stance when it comes to the proposed Green New Deal. The Green New Deal, which proposes to slow climate change, improve the environment and create clean energy-based jobs, is seen as too radical for some.

“Politicians telling you what you will do are going to get unelected,” Hofmeister said. “Telling you that you have 10 years and that’s it and no more airplanes and no more red meat and no more whatever else it is, it’s the Green New Deal,” Hofmeister said. “It’s not going to happen. Those politicians won’t be around because the people will not accept the degradation of the economy and their lifestyle for the sake of somebody’s power trip. That’s why we need enablers and not mandates.”

But Christy Clark, a panelist and also a senior advisor at Canada-based Bennett Jones LLP, isn’t so sure the Green New Deal is all wrong for America. She says similar legislation has worked to improve the environment and slow climate change in other places around the world.

“There is lots of kooky stuff in the Green New Deal, and there is lots of stuff that makes sense over time,” Clark said. “The Green New Deal is an important discussion for us to have. And the fact that it has become this partisan punching bag in the midst of an election cycle is really useful because it means people are going to dig in deeper than they might have otherwise and figure out how they feel about those things. So, yes, these kind of interventions create conversation.

“America really needs to catch up to the rest of the world when it comes to climate policy. I think this discussion is helping.”

Another important discussion to have, Hofmeister said, is putting a price on waste when it comes to energy. He said with all of the emissions, all of the ash heaps and all of the various ways of consuming energy, there is no price on the waste of energy.

“Imagine if your household took all of its weekly trash, anticipating the trash pickup, and instead of putting it out on the street you just dumped it over the fence to your neighbor because you didn’t want to pay your trash bill. That’s what we do with energy waste,” he said. “We put it into the environment, we put it onto the land, we put it into the water with no penalty, no price.

“So from an environmental standpoint the marketing of cleaning up our environment is an individual responsibility as well as a collective responsibility.”
Hofmeister said physical and legal infrastructure must be put into place and marketed to remove the waste. It’s an idea, he said most Americans don’t understand well enough to deal with but nonetheless the infrastructure is the essential piece to the puzzle.

“The infrastructure for energy is similar to the veins in your body. Your heart can pump but if the veins don’t take the blood throughout your body you die. We need the infrastructure as the veins of our energy system to move it from where it’s produced to where it’s consumed, regardless of whether it’s wind or solar or whatever it might be.”