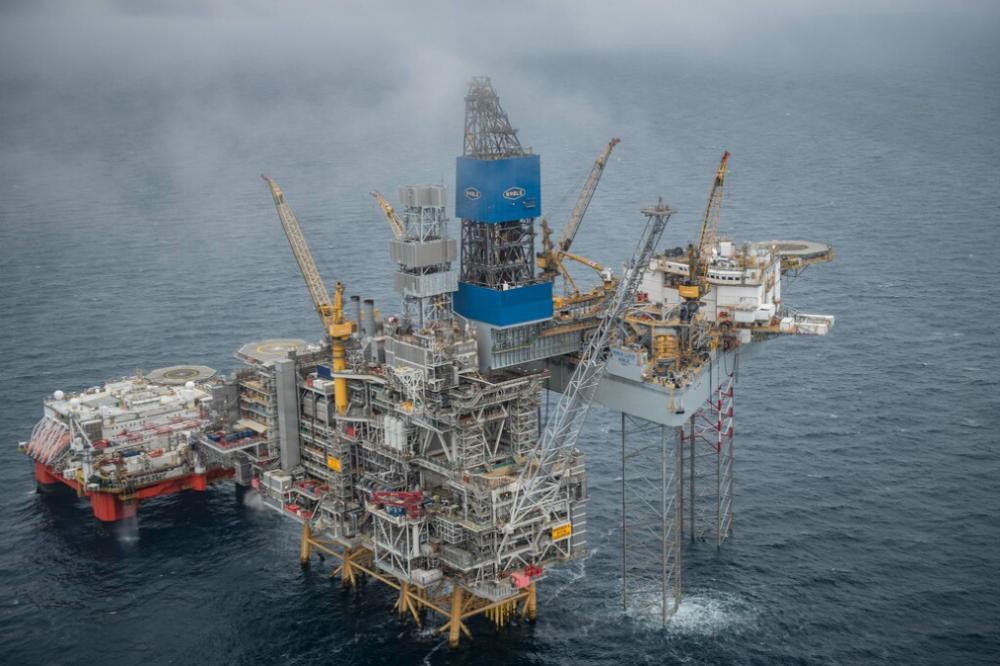 The Mariner Field in located in the U.K. North Sea about 150 km (95 miles) east of Shetland. (Source: Jamie Baikie and Michal Wachucik/Equinor)

Equinor and its partners have started production at the more than $7.7 billion Mariner Field in the U.K. North Sea, the Norwegian operator said Aug. 15.

The start-up comes after about 38 years after oil was discovered at the field and about seven years after the project was sanctioned. Over time, the operator—working with partners JX Nippon (20%), Siccar Point (8.89%) and ONE-Dyas (6%)—has overcome challenging weather and logistical conditions while learning more about the reservoirs.

“By gathering and interpreting new seismic data we have improved our understanding of the reservoirs.,” Anders Opedal, executive vice president for technology, projects and drilling for Equinor, said in a statement. “This has resulted in fewer and better placed wells and increased resources since the project was sanctioned in 2012.”

The heavy oil field, located east of the Shetland Islands, is expected to produce more than 300 million barrels of oil over the next 30 years.

Mariner is also expected to produce annual average production plateau rates of about 55,000 barrels of oil per day (bbl/d) and up to 70,000 bbl/d at peak production, Equinor said.

Its reservoirs are believed to contain up to 3 billion barrels of oil in place.

“With the significant volumes in place, we see clear potential to further increase the oil recovery from the Mariner Field and will proactively seek opportunities to do so through the application of new technology, additional drilling and future tie back opportunities,” Opedal added.

The field development includes a production, drilling and quarters platform based on a steel jacket. Oil is exported to a floating storage unit and then to shore via tankers, Equinor said.

“First oil from Mariner represents a significant achievement for Equinor and its pioneering development of the field, helping the company to become a major player in the U.K. sector of the North Sea with a long-lasting, positive impact on the region,” Mike Tholen, upstream policy director for Oil & Gas UK, said in a statement.

Tholen added that field will contribute to U.K. energy security for the next 30 years, helping to fulfill the “industry’s shared ambition Vision 2035 – which looks to meet as much of the UK’s oil and gas needs from home-produced resources as possible.”