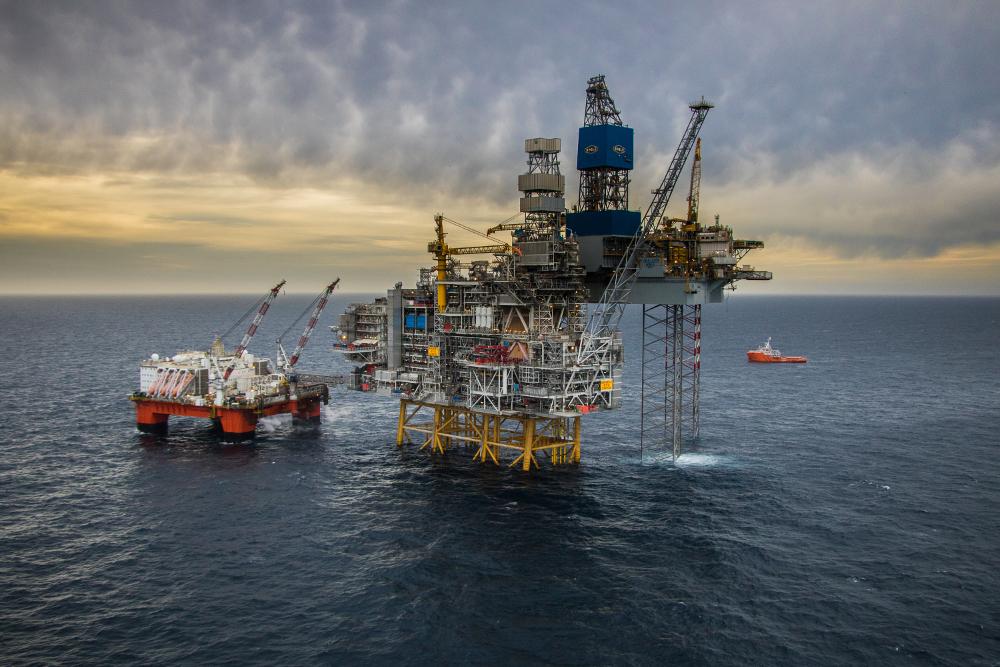 As the global appetite for oil remains, one of the world’s biggest heavy oil projects is moving forward in the North Sea despite obstacles that have included rougher weather than expected among other logistical challenges, according to its operator, Equinor ASA.

“The Mariner project is now in the hook-up and commissioning phase offshore,” Erik Haaland, a spokesman for Equinor, told Hart Energy in an emailed statement. “All the modules are in place and we are preparing for production start. All work is focused offshore on getting the platform prepared for startup.”

Citing unnamed sources familiar with the project, Reuters reported earlier this month that startup of the heavy oil field had been pushed back to fourth-quarter 2019 after having already been postponed several times. Haaland referred to the “communicated plan” of starting production in first-half 2019 when asked by Hart Energy.

Key to success at Mariner is to focus on “preparing for a safe start-up of production and delivering oil to the market,” Haaland said.

Equinor and partners JX Nippon (20%), Siccar Point Energy Ltd. (8.89%) and Dyas BV (6%) are investing more than $7 billion in the development. Costs rose about 10% above the original estimate in 2015 as the operator grew reserves by 50 million barrels (MMbbl) to 300 MMbbl at the same capex estimate.

The Mariner field development and some other heavy oil developments such as Kuwait Oil Co.’s Lower Fars and Brazil’s Maromba, which is being acquired by BW Offshore Ltd., are progressing as global heavy crude oil production falls amid production slowdowns from places such as Venezuela and Canada.

In 2018, about 12 million barrels of heavy oil per day (MMbbl/d) was produced worldwide. But that is expected to drop to 11.5 MMbbl/d in 2019, according to analysts at Stratas Advisors.

“Another drop of about 76,000 bbl/d is projected for 2019 with Canada curtailing production from Alberta,” Xiangyu Mu, senior analyst for Stratas, told Hart Energy after also noting Venezuela’s falling production. “In 2019, heavy crude output is expected to become sweeter as Canada and Venezuela contribute less heavy sour oil to the market.”

“Most of the increase will be contributed from Middle East, mainly driven by Iraq and Iran,” Mu said.

Mariner is among the industry’s largest heavy oil projects underway, carrying one of the heftiest price tags offshore U.K.

“For the Mariner project, Stratas Advisors estimates that the total finding and development capital will end up being approximately $5.8 billion. This economic analysis would put the total capital layout at about $17.5 per boe [barrel of oil equivalent],” Mu said. “We also estimate real operating costs [opex] to be around $7 per boe, resulting in a total cost of $24.5 per boe. From development forward, Stratas Advisors’ current forecast shows a real IRR of around 14.8% and an NPV10 about $5.9/boe.”

Located east of the Shetland Islands in the U.K. North Sea, the Mariner heavy oil field was discovered about 38 years ago. With more than 2 billion barrels of oil in place, the field targets oil from the Heimdal reservoir and the deeper Maureen Formation.

The field is expected to have a 30-year lifespan, according to Equinor, though it sees upside potential. Currently, plateau production is expected to average about 55,000 barrels per day. Its development plan calls for a production, drilling and quarters platform on the Mariner A steel jacket, connected to the Mariner B floating storage unit.

Haaland called the hookup of Mariner one of the largest in Equinor’s history.

“Mariner is a huge topside of 38,000 tonnes,” Haaland said. The Mariner A topside, which was constructed at South Korea’s Daewoo Shipbuilding & Marine Engineering Co. Ltd., was lifted into place in 2017.

“The topside consists of eight large modules [plus] the flare, and all this is to be connected offshore. On top of the complex hook up scope, adverse weather and related logistical challenges led to the startup date being moved from end of 2018 to first-half 2019,” Haaland said. “Close cooperation between the suppliers and Equinor has been important to ensure progress on the project.”