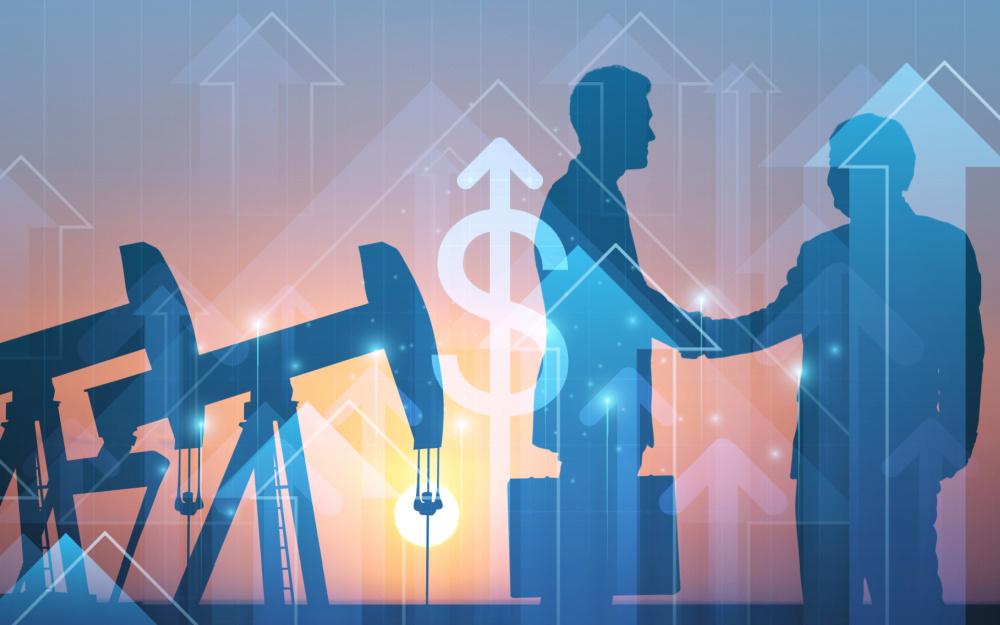 Upstream oil and gas M&A stormed back in the third quarter with $16 billion in announced transactions—the year’s strongest showing after a hit-and-miss first half.

Deals still had a sporadic flavor, that included including an exit by two majors in California and a rare merger between two mineral and royalties companies. But one consistent theme has taken root: public companies’ willingness to purchase PDP resources by buying out private E&Ps, according to a report by Enverus.

Both EQT and Devon purchased production-centric deals delivering free cash flow yields of about 30%, making the transactions immediately accretive to their distribution programs, according to Andrew Dittmar, director at Enverus Intelligence Research.

Deals announced so far in fourth-quarter 2022 are playing the same tune.

Tudor, Pickering, Holt & Co. (TPH) analyst Matt Portillo said the days have passed of public operators buying up and drilling acreage on a net asset value basis. Consolidation is now in the mold of private-to-public consolidation that adheres to the industry’s capital discipline mandate while “attempting to elongate inventory via a maintenance capital approach.”

Portillo noted that in 2022, private operators have driven the majority of U.S. supply with our model forecasting their year-over-year production up 360,000 Mboe/d for oil and about 1.5 Bcf/d for gas in the Haynesville and Appalachia.

“Since 2021, the public universe has taken out some notable privates in both oil and gas basins including DoublePoint, Rimrock, Validus, FireBird, Indigo, Geosouthern, Chief, Great Western and Colgate,” Portillo said. “We expect industry consolidation to continue in 2023 as private operators have started to reach free cash flow (FCF) inflection points that could allow for further deals to occur.”

He also noted that while not every deal has led to a reduction in rig activity, most have. And public companies have been able to find accretive FCF deals neutral to leverage that have generally been well received by investors. The development could lead to positive macro fundamentals for the upstream industry over the next few years while potentially lessening competition for services in an exceedingly tight market.

Nevertheless, the third quarter was buoyed by some unusual deals.

In California, one of the most mature and regulatory-challenging oil regions of the country, Aera Energy, a joint venture between Shell Plc and Exxon Mobil in the Golden State, was sold to Germany-based IKAV. The nearly $4 billion sale ended those companies’ historic involvement in California’s petroleum business, Dittmar noted.

And while market dynamics continue to favor E&Ps in 2022, that hasn’t “translated to a bonanza of dealmaking,” Dittmar said.

“Companies are using the cash generated by high commodity prices to pay down debt and reward shareholders rather than seeking out acquisitions,” he said. “And when companies do make offers on assets, the bids are often disappointing to potential sellers.

“To reach $16 billion of M&A value in 3Q22 required not only a couple more typical operated shale deals, but also transactions like a public mineral company merger and the largest California deal in decades.”

In a nearly $2 billion acquisition, Brigham Minerals Inc. agreed to merge with Sitio Royalties Corp. in a union of two companies with similar market positioning, outlooks and valuations that were positioned to be rivals, Dittmar said.

“These two companies were poised to go head-to-head for the best M&A opportunities driving up prices. Instead, they will now have the power of a larger platform in the competitive minerals space,” he said of Brigham Minerals and Sitio. 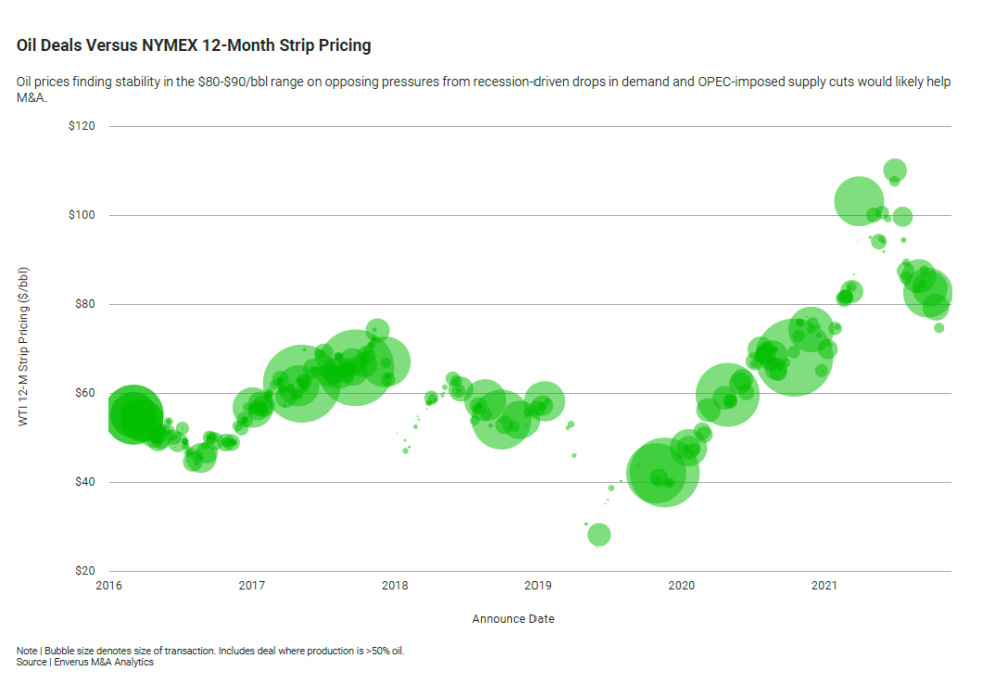 In the months ahead, deals will face additional challenges, including “negative investor sentiment, growing recessionary risks, and concerns about cost inflation,” Dittmar noted.

Diamondback Energy’s deal for FireBird may break a deal logjam in the Permian Basin that Dittmar said: “could very well set off a chain reaction of Permian deals waiting in the wings.”

Permian deals made up about 7% of valuations, or $1.1 billion in the third quarter for a basin that is typically the leader in deal values and transaction activity.

“Despite rising costs, E&Ps are still generating a lot of cash and some companies may decide to direct portions of that toward M&A,” he said. “Additionally, OPEC looks willing to reinsert itself into oil markets, which could bring stability and help buyers and sellers come together on pricing.”

E&Ps still need to see their credibility rise with investors, which Dittmar believes would give public company management teams greater latitude to negotiate with private sellers on price, “particularly for future inventory.”

“Unfortunately, that may still take some time,” he said. 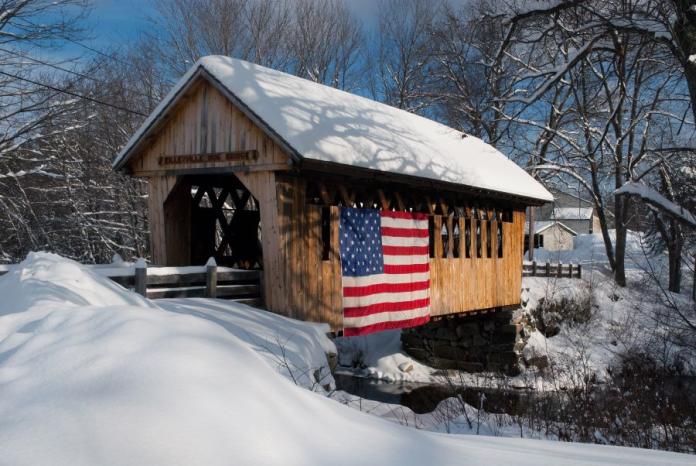