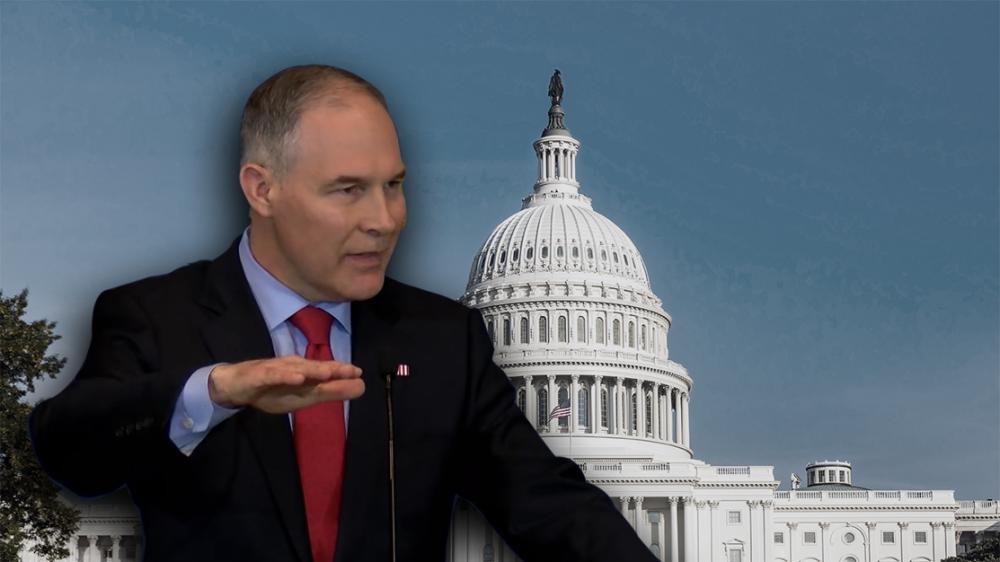 When Scott Pruitt, administrator of the U.S. Environmental Protection Agency (EPA), enters the Capitol on April 26 to testify before two House subcommittees, he will do so as one of the most despised—and beloved—political figures in Washington.

Despised as the target of a series of ethics investigations and his aggressive approach to regulatory reform, Pruitt is also much admired by energy industry lobbyists for his efforts to roll back regulations in line with a key component of President Donald Trump’s agenda. Fifteen months after the president’s inauguration, Pruitt is said to be an Oval Office favorite because of his gung-ho approach to the mission.

“[EPA’s Reform Plan] includes a series of projects focused on improving how EPA provides services and engages customers,” Pruitt says in his prepared opening statement to the environment subcommittee of the House Committee on Energy and Commerce, which was released on April 25. “Projects include streamlining EPA’s permit review processes, deploying a Lean Management System, and reducing unnecessary reporting burden on the regulated community.”

That streamlined approach may be what oil and gas players were seeking with the Trump administration, but there are downsides for the industry.

“The significant impact from Administrator Pruitt leading the EPA is being a staunch ally to the oil and natural gas sectors,” John Kneiss, Washington-based energy analyst, told Hart Energy. “He has an open door to hear the industry’s views and clearly supports regulatory reforms and changes that can benefit development of these resources, including refinery operations and transportation fuels.”

One of the significant regulatory policy changes made under Pruitt has been a modification of the “once in, always in” standard for major point sources, Kneiss said. That rule classified a facility as a major emissions source even if it had made substantial emissions reductions. Modifying methane emissions reporting requirements and streamlining permitting reviews and approvals have also helped the industry.

“The negative effect of policy changes is the uncertainty that these will hold up under court reviews from challenges filed by environmental advocates and other interest groups,” he said. “Court proceedings can take several years and, in some cases, implementation of previous requirements must still be carried out until judicial rulings are issued. If these policy changes are overturned by the court, the industry could still be responsible for ‘violations’ that occurred based on the previous requirements.”

Indeed, a slew of EPA actions have been blocked by federal courts, among them:

“One of the things that we’ve seen is there’s been a long series of adverse court decisions—adverse for the agency—that was a result of the agency’s disregarding its obligations under the law—the Clean Air Act and the Administrative Procedures Act—in trying to rush through these rollback efforts,” Matt Watson, associate vice president for climate and energy at the Environmental Defense Fund (EDF), told Hart Energy. “Most of what they’ve attempted to do in the oil and gas space has been rejected by the courts as unlawful.”

It’s there that the industry pays the price for the regulatory rollback. The expected absence of a particular regulation is replaced by uncertainty as regulatory orders are tied up in the courts.

Watson, whose EDF supports responsible energy development, has no sympathy.

“The rules one day appear to be in effect then the next day maybe they’re not going to be and people talk about ping-pong and whiplash and all that,” he said. “These rules went through years of process—technical and economic analysis and public comment and all that—and then modification and adoption and the rules were in place. There they were. Everybody knew what the rules of the road were. Then we had an election in 2016 and there’s a set of folks out there that thought that they’d try and burn the house down.”

Perhaps lost in the ongoing controversies surrounding Pruitt is the plan for his testimony is to make the case for his agency’s Fiscal Year 2019 budget. The administration is asking for $6.146 billion to fund EPA’s programs in air quality, drinking water system compliance, cleanup of hazardous waste sites and other activities within the agency’s jurisdiction.

Whether the members of the subcommittees get around to asking the administrator about policy remains to be seen. But if they don’t question the agency about rules, a judge likely will.

Dispute Flares Over Flaring In The Permian

Regulators side with producers over midstream but voice concerns over waste.