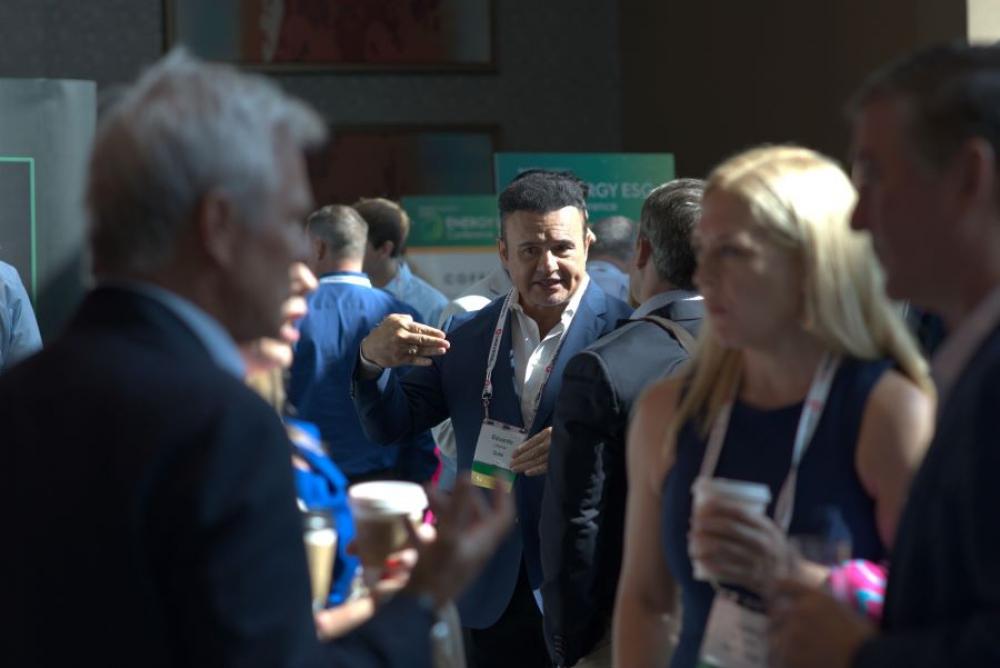 HOUSTON—Despite challenges the oil and gas industry faces in cutting down CO₂ and methane emissions, there is reason for optimism: digitization.

Industry leaders, speaking during a panel at Hart Energy’s Energy ESG Conference, shared their visions for technologies that support environmental and sustainability goals.

“Digitization is probably the single best thing you can do for the environment because you are doing things the right way, the most efficient way, and you are able to look at the data from anywhere in the world, not just at the wellhead or downstream facilities,” said Vincent Higgins, president of oil and gas digitization at mCloud.

Higgins’s company offers a means of using a mobile device with an ultrasonic sensor to detect leaks and provide a 3D replication of a facility. He also spoke of the difficulties of reporting emissions in a way that’s compliant with the new regulations from the federal government.

“The new legislation around the Inflation Reduction Act is asking us in the oil and gas business, particularly around methane, which is one of the more potent greenhouse gasses, to start to surveil and report on things that we've never reported on before,” he said. “Oil and gas companies really are not ready for what's coming down the line in terms of these regulations from the federal government.”

John Gibson, CEO of FloTek Industries, said the industry needs more, and better sensors because measurement is so critical to making improvements. He also said Flotek is working on fingerprinting oil and gas, making it possible to trace produced oil all the way back to the reservoir from which it originated.

“We can actually make a measurement of your production,” Gibson said. “And then we can associate that with your platform or your reservoir, so that as you were selling it or moving it through the system, you'd be able to explain the carbon intensity that was associated with that production."

“Digitize everything to collect better data and information,” Childers said. “Optimize the assets we have in the field to ensure they're operating at a high level of environmental compliance responsibility. Focus on decarbonizing opportunities to take out and control the methane that could be leaking.”

Archrock and ECOTEC are developing technology for continuous monitoring, quantification, and identification of natural gasses, Childers said. Archrock’s goal is to eliminate some of the methane they use in their own natural gas compression operations, he said.

The industry has made many strides toward ESG, including electrification and removing combustion engines for more efficient power. Additionally, predictive maintenance has curbed issues before they crop up. Artificial intelligence and telemetry have improved detection of leaks and contaminants. Still, Gibson believes there is more work to be done.

“I think CO₂ sequestration is the future,” Gibson said. “CO₂ sequestration, the elimination of methane, the understanding of how to handle the water here on the planet. All those things are critical, and our industry knows more about where to store it, how to capture it, and what to do with it than any other industry…  I think you know more about these gasses as we begin to measure them.”

But knowing how to measure and capture the gasses in the atmosphere are just surface level goals for Gibson. He has loftier ideas—ideas that go well beyond the Earth’s atmosphere.

“If I look out 50 years from now at the oil and gas industry, it'll be the atmospheric management industry… if we want to go to other planets, managing the atmosphere is critical for us to compromise additional planets,” he said.