Editor's note: This video originally appeared in the March issue of E&P Plus.
Subscribe to the digital publication here.

Water management, particularly in the arid Permian Basin, has emerged over the past few years as an industry unto itself. With wells calling for as much as 650,000 bbl of water for fracturing operations, sourcing such vast amounts of water, and handling the volumes produced water that return from the well, the logistical and cost challenges are often enormous.

The water management industry emerged relatively rapidly and in a short period of time has evolved under such rapid growth. Today, a good water management program entails sourcing adequate supplies, properly treating freshwater for fracturing operations, securing disposal well capacity, trucking or piping water across hundreds of miles, and recycling and reusing produced water for new fracking operations. All of this is interwoven into an ever-evolving digitalization trend that helps operators and producers make decisions on the water management operations more quickly and with more information at their hands in a quicker amount of time.

In an exclusive video roundtable, Hart Energy recently hosted Oilfield Water Logistics CEO Chris Cooper, WaterBridge Co-CEO and CFO Steve Jones and Brent Halldorson, board member of the Produced Water Society, to discuss these and several other trends, including how the recent downturn has affected the water management industry. 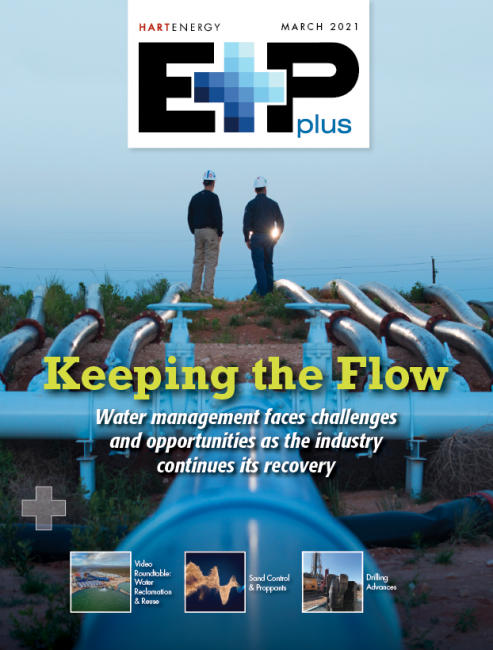