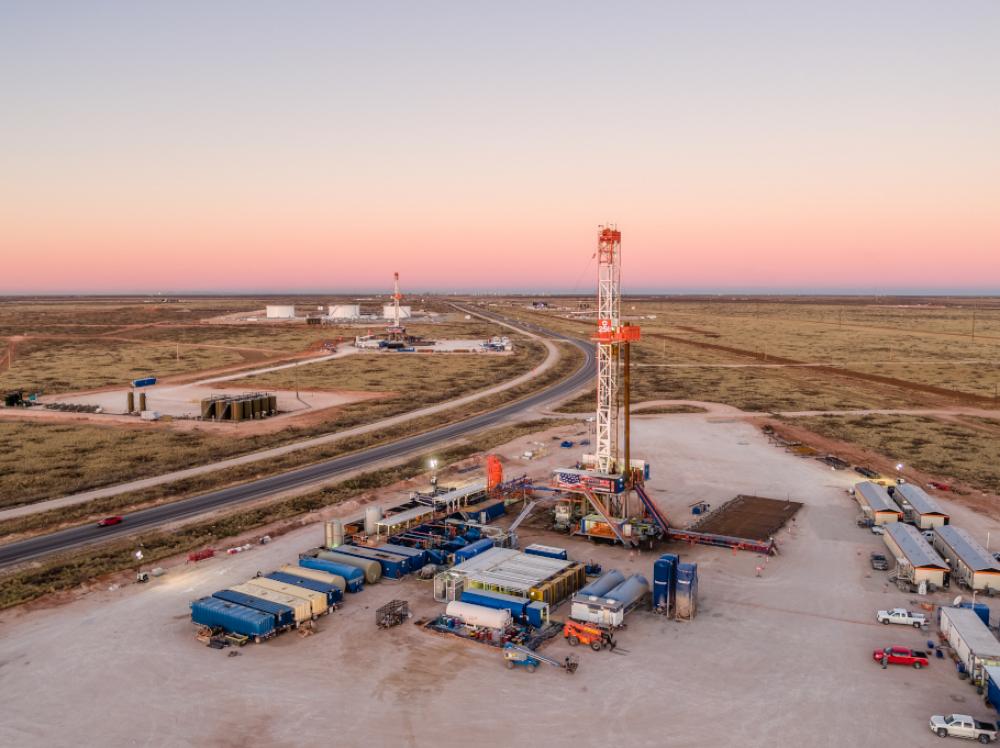 The need to reduce drilling and completion cycle times along with improving capital efficiency is a consistent theme in the upstream E&P sector.

Polycrystalline diamond compact (PDC) cutter technology has rapidly improved in terms of performance and reliability over the past few years, highlighting some of the reliability concerns in slim-hole tools.

While rotary steerable tools have been a solution for different parts of the Permian Basin, the technology has proved to have its own limitations, which can be cost prohibitive.

The high hydrostatic and lithostatic pressures encountered while drilling deep Delaware Basin targets often decrease buildup rates in the curve and reduce penetration rates in the lateral. Additionally, the interbedded nature of these strata, consisting of sandstones, shales and carbonates, creates a challenging drilling environment.

For a bottomhole assembly (BHA) to drill through this target without premature drill bit or tool failure, it must be able to withstand excessive shocks and vibrations, high-torque events as well as provide directional control while drilling varying rock types.

In addition to these challenges, tortuosity and frictional forces complicate BHA behavior. Unfortunately, isolated optimization strategies to mitigate these challenges can often be contra-dictory by nature.

MS Directional’s MPact motor division has introduced the V+ (5⅝-inch) high performance lower end specifically designed for 6¾-inch hole size. In doing so, it optimized every design feature for maximum benefit. This resulted in a performance drilling motor that exceeds other options available on the market.

The V+ utilizes Mpact’s enlarged two-piece transmission design with a torque capacity of 12,500-plus ft-lb. The Mpact V+ has provided a direct benefit to operators yielding up to 50% reduction in lateral slide and 20% increase in total ROP on average.

Matador Resources Co. utilizes its real-time operating center, MaxCom, to monitor its operations and drilling performance 24 hours per day, 365 days per year. The MaxCom team, consisting of engineers and geologists, utilizes data analytics and real-time data to optimize drilling performance and target the best rock in each reservoir. This interdisciplinary teams approach enables a data-driven decision process while maintaining flexibility in their engineering design. The MaxCom and drilling engineering teams have worked together to tailor their well design based on well and tool performance data. As a result of the well engineering, along with the aforementioned improvements in tool technology and reliability, Matador has had eight-plus runs with this particular BHA design delivering an average footage drilled of 9,914 ft per run at more than 73 ft/hr. Additionally, this performance has been replicated across various horizons and asset areas within the basin.

Matador’s longest run to date with this assembly drilled 12,052 ft in 173.5 drilling hours for an average ROP of 69.5 ft/hr. Independent of the on-bottom performance increase of this assembly, this run could save between 24 and 40 hours, pending hole conditions faced in various parts of the basin. At an assumed rig spread rate of $2,500 per hour, this has the potential to save between $60,000 and $100,000 to the well’s drilling costs. These savings exclude other tangible savings related to a new BHA, such as a new bit, motor, MWD and agitators.

Additionally, Patterson-UTI’s APEX-XK 1500 is designed for safe, fast-moving and fit-for-purpose drilling. From mobility to drilling, the rig’s operations improve value by increasing the time a bit is on bottom, reducing nonproductive time and rig move cycle time. The APEX-XK 1500 is equipped with the latest in AC drilling technology, which allows the driller to set strict drilling parameters, enhancing the ability to deliver superior drilling rates in the toughest drilling conditions.

Through the PTEN+ performance center, these technologies are extended to 24/7 real-time monitoring, communication and automation. Additionally, the rig is equipped with a high-torque top drive, racking capacity of 25,610 ft of 5 inches for extended laterals and three mud pumps with 7,500-psi fluid ends.

Acknowledgement: The authors of this article would like to thank those involved with the Delaware project: the Matador Resources Co. drilling team, Patterson-UTI operations and marketing personnel, Derek Koller and Bret Barre with MS Directional as well as Casey Kitagawa, Dustin Lyles, Dustin Marrs and Michael Chai with Taurex Drill Bits.