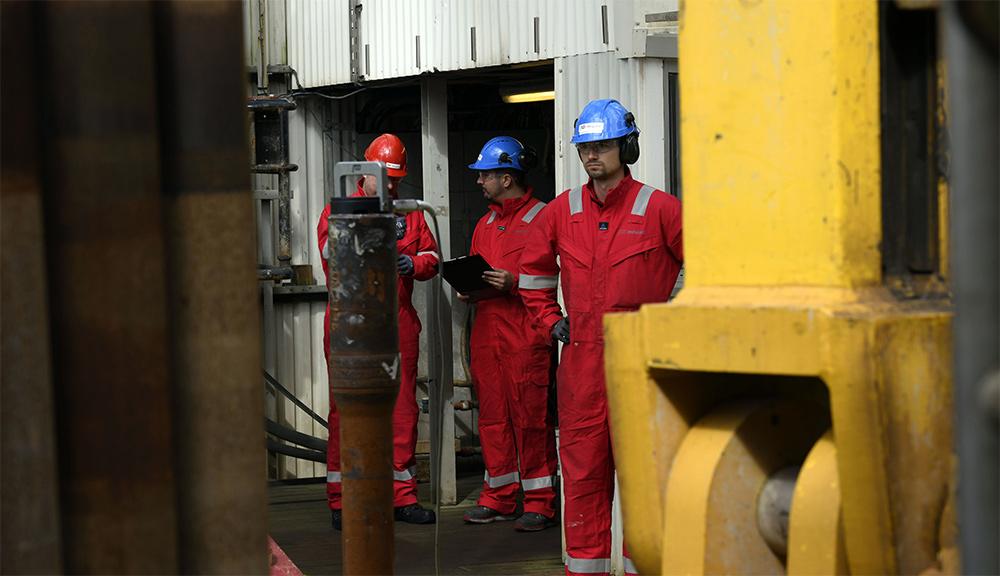 The testing of Reelwell’s DualLink shows the powered and wired drillpipe being run in hole. (Source: Reelwell)

Despite these advancements, the focus on a reliable solution for powered and wired drillpipe has long been a significant challenge for the drilling industry.

Even with recent technical advances within the sector, the industry continues to look for further improvements in the efficiency, quality and the overall consistency and reliability of the well construction process. With benchmarking against historic performance metrics—and greater use of digital twin models and automation—there is a growing need for higher resolution data from downhole.

Reelwell’s DualLink powered and wired drillpipe is a digital drilling technology. Wired pipe enables the real-time transfer of information from downhole to surface at a faster rate than the traditional methods. The increased transfer speed enables the operator to assess the downhole conditions instantly, optimize drilling processes and adjust to drilling dysfunctions immediately. This means that drilling time is reduced as problematic zones and time-consuming mitigation efforts can be avoided, saving rig time in the range of 7% to 15% and cutting associated rig emissions. With increased access to data, well placement within the pay zone is also improved, potentially increasing hydrocarbon recovery by 20%.

Designed for full and easy integration into a rig, DualLink integrates easily into existing drilling rig systems and can be handled in the same way as a regular drillpipe. Reelwell has undertaken qualification and field-testing of the system at rig sites in Stavanger, Norway, and Houston. The company also recently announced its successful customer demonstration of DualLink, a move which has supported the commercialization of the technology.

Working with its partners at Equinor, Aker BP, DNO Norge, The Research Council of Norway, Nabors Industries, DP-Master and Edge Energy, Reelwell undertook a full-scale demonstration of its powered and wired drillpipe.

Reelwell had the potential to connect downhole with surface and that’s exactly what the company was able to show.

With performance testing taking place toward the end of 2020 at the NORCE Ullrigg rig, Reelwell was able to show the drillstring, consisting of 96 joints/3,058 ft of DualLink pipe, performed without failure for more than 80 hours operating with in hole, drilling granite down to 4,213 ft.

Not only that, but the test results illustrated high-speed bi-directional telemetry at more than 61,000 bps, power transmission of up to 500 W from surface to the battery-less bottomhole assembly (BHA) downhole and 100% uptime reliability of telemetry and power transmission.

This testing included pipehandling, racking, running in hole and real-time transmission of high-speed drilling mechanics, surveying and logging data via DualLink during drilling and tripping. Compatibility to power and communicate with the BHA tool fleet of a major service company was proven during the demonstration, with runs including Reelwell’s along-string tools and direction and inclination measurement tools.

The DualLink demonstration illustrated the reliability, high-speed telemetry and that the power of DualLink can and will connect downhole and surface, enabling the next generation of drilling tool development.

A point of comparison

DualLink differs from current wired pipe technologies, which use a cable connected at either end of the drillpipe within the drilling fluid, as Reelwell’s braided conductor is combined with an insulating material and bonds to the inside diameter (ID) of each pipe, helping to reduce the potential for failure. The transceivers in use are optimized for the transmission requirements of the system and do not require signal boosters/repeaters. Also, the low-complexity pipe connectors are self-cleaning and field replaceable, without impacting on the drillpipe’s integrity.

DualLink offers a real step change in visibility by supplying high-resolution real-time data and imagery. Drilling decisions regarding well control, hole cleaning and drilling dynamics performance can all be made instantly with accurate information at hand, supporting the accurate placement of the wellbore and reducing lost time.

Reelwell’s engineers knew activity should center on removing the communication and power path away from a single wire in the mud flow path to the surface ID of the pipe.

From there, the applications of multiple wires in the braid, rather than one or two in a cable, meant there was now a reliable, redundant path for power and data transmission. By making sure there was minimal impact to the threads and structural integrity of the drillpipe itself, it meant DualLink could be handled as a normal pipe while at the rig site, without technical limitations.

A key feature of the success was the introduction of robust, field replaceable connectors. This minimized the chance of damage. It also meant that if damage did occur, maintenance costs and downtime for repairing the assets would be reduced.

2022-11-23 - Enbridge will apportion December deliveries on its heavy crude system by 11% and ration space on the light oil system by 13%. The rationing is the highest it has been since last winter.

EIA: US Crude Stocks Soar by More Than 10 Million Barrels

2022-12-15 - According to the Energy Information Administration, Strategic Petroleum Reserve crude inventories fell by 4.7 MMbbl in the week to 382.3 MMbbl, their lowest since January 1984. 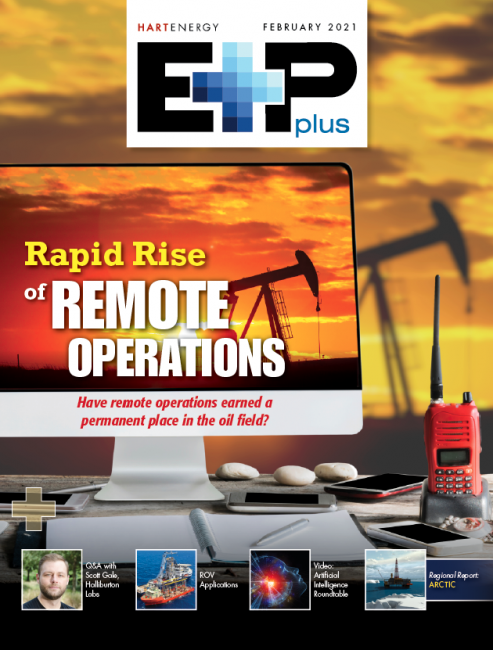