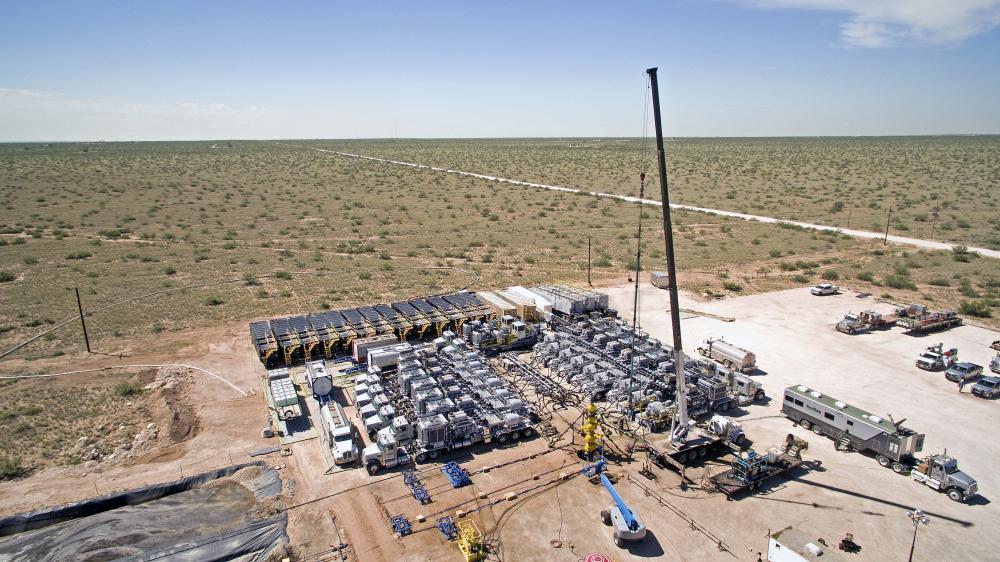 [Editor's note: A version of this story appears in the July 2020 edition of E&P. Subscribe to the magazine here.]

In November 2019, well completion and construction providers Keane Energy Group and C&J Energy Ser­vices merged to form NexTier Oilfield Solutions, estab­lishing one of the largest U.S. land-focused completion companies in North America. NexTier operates in every major U.S. shale basin, with its largest position being in the Permian Basin. The company deploys more than 2 million horsepower of pressure pumping services among its 45 frac fleets. NexTier also holds 118 wireline units and 25 coiled tubing units across the U.S.

NexTier CEO Robert Drummond recently provided Hart Energy with an exclusive interview in which he discussed industry recovery dynamics, particularly for the oilfield services (OFS) sector, and how NexTier has positioned itself to emerge from the current industry downturn.

HART ENERGY: How do you see the recovery playing out for OFS providers?

DRUMMOND: As you would expect, the recovery for oilfield services is directly linked to the outlook for our customers, and for them it depends on the global supply and demand balance for oil and, ultimately, the price of oil. Global inventories are probably headed to record highs during this economic response to the virus, which has resulted in very weak activity for oilfield services in the U.S., and for that matter all across the world. But we expect it to take a while for these invento­ries to work their way out despite the fact that recently we have oil price moving in the right direction. We’re starting to see operators that had shut in oil production in the U.S. turn some of that production back on, and we think that’s a precursor for operations beginning to increase as we move into the latter part of the summer.

But we also believe the service providers are going to have to adapt their company cost structures to the current low activity levels, while also maintaining the resources necessary to respond to the future opportunities, which is when everybody goes back to work. That’s what we’re focused on at NexTier, and we believe we are very well positioned to take advantage of it.

I would say innovation during even the slow parts of the downturn [is essential], continually deploying our digital platform so that we become more and more of a data-driven company. So it’s an interesting environment that we’ve been through. Perhaps a quicker downturn than we’ve ever experienced before. But I think ultimately it’s going to make us stronger.

HART ENERGY: What do you think it will take for opera­tors to ramp up new drilling activity to a level that’s prof­itable for both operators and service providers alike?

DRUMMOND: Activity levels are linked to oil and gas prices, and as oil prices recovery, the operators [are] going to go back to work, and we’re starting already to see some of that. But we’re focused on continually improving our own cost efficiency and competitive profile so that we are better positioned to help our customers continually improve their dollars per barrel delivered. We can do this, and we are doing this by providing more production for each dollar spent. We can deliver more frac stages or more oil and gas production per frac stage.

Over a year ago while we were still Keane, we accel­erated our investment in digital to create more data-driven management systems. As a predominantly U.S. land completions company, mostly around frac, a large percentage of our costs are associated with operating and maintaining the extensive mobile network of peo­ple and machinery. If you think about optimizing staff­ing, improving maintenance practices, reducing early equipment failures, streamlining the supply chain, this is really enabled by having real-time visibility with digital technology. It puts everything completely within our own control for improvements. We think the oppor­tunity to competitively differentiate is becoming even more apparent through this process. The industry lev­els are driven by oil and gas prices, and we’re working together as an industry with our customers to continu­ally drive efficiencies that lower the oil prices required to create profitability activity levels for service providers and operators alike. 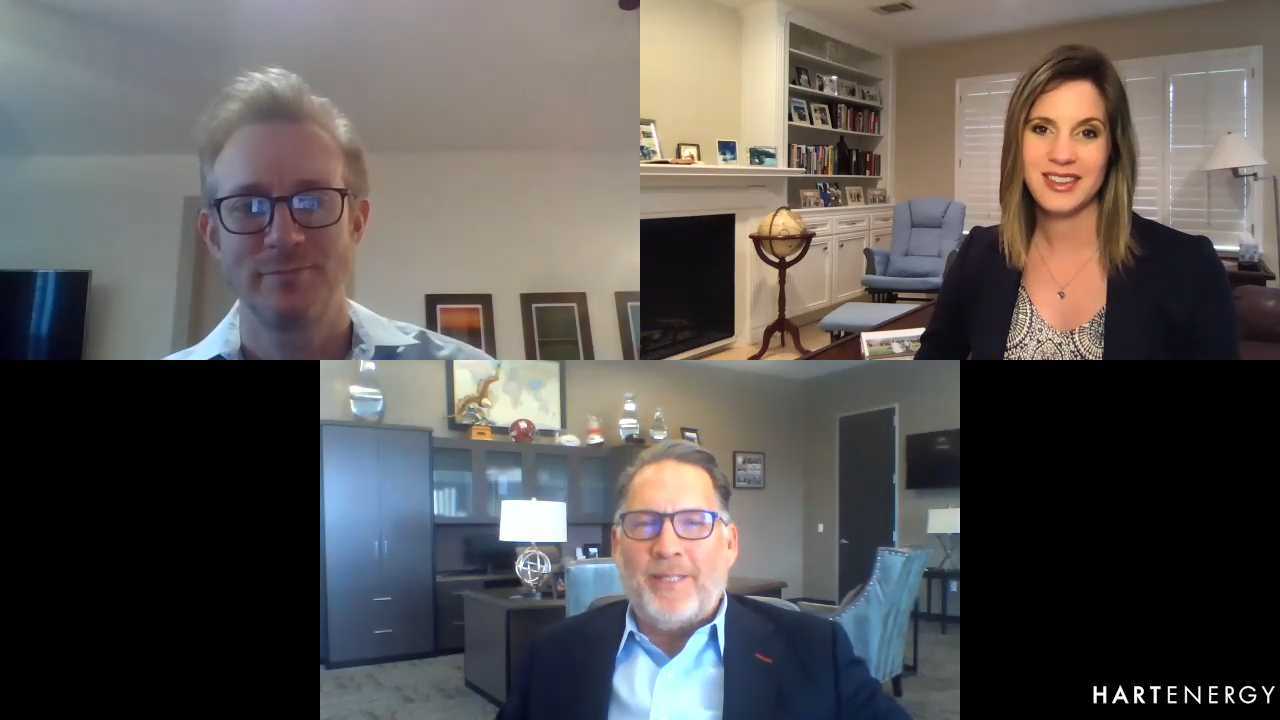 HART ENERGY: How has NexTier managed its opera­tions during the COVID-19 pandemic. What precau­tions has the company taken?

DRUMMOND: We’ve been very proactive early on from the very beginning. We work closely with our customers in developing and following strict protocols primarily around field reporting and screening prior to starting the work, and this has enabled us to keep our opera­tions safe and steady throughout this whole process. When you think about the operations profile across the U.S. land, where operations have been reduced by 70% in a very short period of time, it would have been easy for employees to get distracted. But they didn’t; they followed the protocols. We were able to install some precautionary quarantines throughout the process of several weeks that impacted maybe a couple hundred or less of our 4,000 employees. So being proactive allowed us to be productive, but it also kept our people safe.

HART ENERGY: What do you think the OFS sector will look like on the other side of the recovery?

DRUMMOND: Historically, OFS has been driven by indus­try cycles, and usually the recoveries are relatively intense and rapid. It typically recovers enough that nearly all of the OFS companies can become profitable again. But since 2015, there has been more available supply than demand for services within our sector. And this was even before the COVID-19 response. This has slowed overall the growth investment into the sector and, I believe, put more focus on sustaining strategic investments. And what happens there is I think the trend for the sector is toward lower or less capacity and better efficiencies. I think that works well in time for the operators and the service com­panies. But in the meantime, it’s been apparent to us that the operators in U.S. land particularly have been moving in a direction of selecting service companies as partners that are adapting to this trend of doing things more effi­ciently and sustainably.

HART ENERGY: What role do you think North Ameri­can shale will play in the global production picture over the next few years?

DRUMMOND: The U.S. shale unconventional oil and gas business has proven to be extremely resilient, and I personally believe it’s going to continue to do that in the future. The U.S. oil and gas industry has shown the ability to grow production, and I think it will be needed in the future to meet global demand. No other place I think regionally can respond with quick production the way unconventional can in the U.S. But when you think about the global reductions in D&C [drilling and comple­tions] spending during COVID-19, this is going to have a major impact ultimately on oil supply. You combine that with regional reservoir production declines that vary and regional production growth capabilities that can also vary. For example, [note] the difference between major offshore projects that take years to develop while uncon­ventional shale reservoirs in the U.S. market can increase production much more quickly.

HART ENERGY: How concerned do you think the industry should be about losing expertise as this cycle turns to recovery?

DRUMMOND: We’re only as good as our people. We recently formed this merger of equals and were fortu­nate to be able to select the best-performing people from both companies. That’s a very unique position to be in as a CEO, and I’ve enjoyed it. But unfortunately, like everyone in this sector, we’ve had to shrink our organization in response to these activity declines. As result, we have a workforce with more talent, concen­trated expertise, drive [and] motivation to win. I’ve never seen anyone that I’ve been more proud to be a part of [working with], and I have no doubt that we can rebuild around a team of people like that.

When you ask should the industry be concerned, I think yes. But I also know that we will collectively respond to the requirements. We’ve done it so many times before. Afterall, who doesn’t want to be involved in a winning system? Look at what the U.S. petroleum industry has achieved in the past two decades becoming a leading global producer. So yes, I think we can handle it.

HART ENERGY: What staff roles do you see being augmented by technology as the industry begins to rebound from this?

DRUMMOND: I prefer to look at it as continuously improving efficiencies by utilizing technology, and specifically digital-enabled technology. As we try to become a more data-driven company, and our ability to do everything we do more efficiently becomes obvious, examples include reducing demurrage of our supply chain, operating equipment in a manner that reduces failures, and the cost of maintenance, and staffing that is optimized to the job at hand, whether it be support people or people directly involved in field operations.

These digital tools make the jobs safer, make them easier for the personnel and I hope even make it a more enjoyable place to work. Whether it be routing a driver around a dangerous traffic situation that has developed or preventing a potential equipment failure via analytics, our people are benefitting from the trans­formation, and their earnings potential also increases along with the company’s.

The outlook for bringing people into the industry as the industry becomes more digital, more into the mainstream with the economy, is just getting better all the time for us. 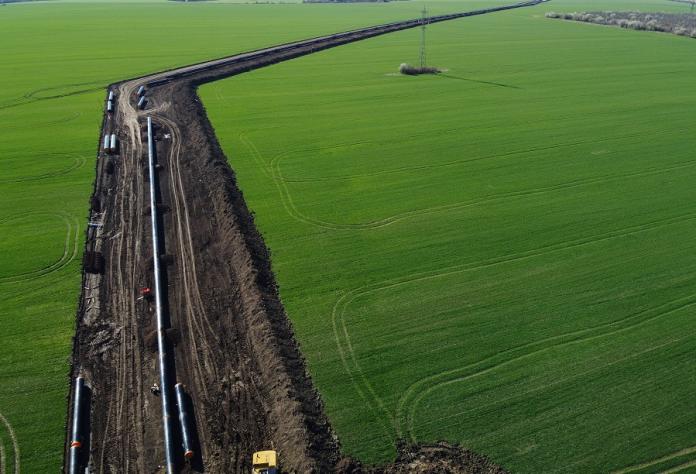 2023-01-19 - Kinder Morgan is moving forward pipeline project expansions, including the Permian Highway Pipeline and Evangeline Pass, and Kim Dang will succeed longtime CEO Steve Kean, who will retain his position on the board. 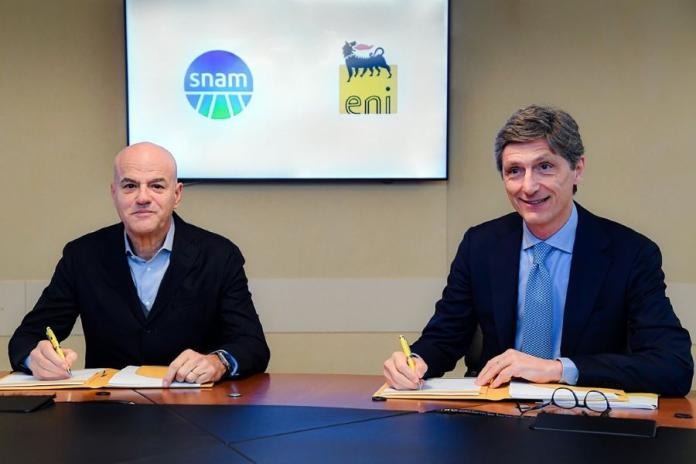 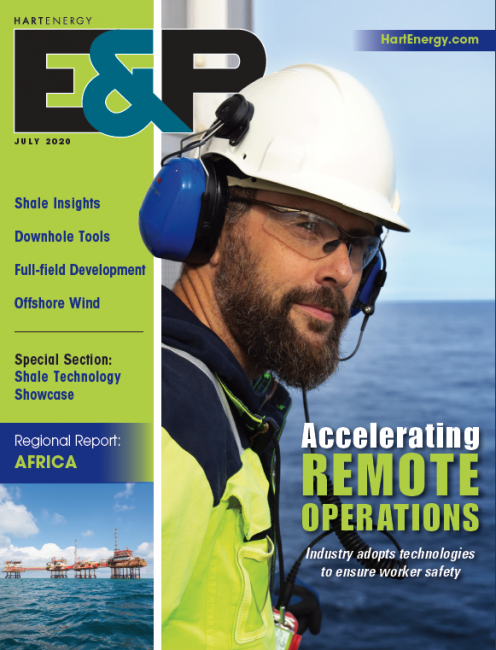