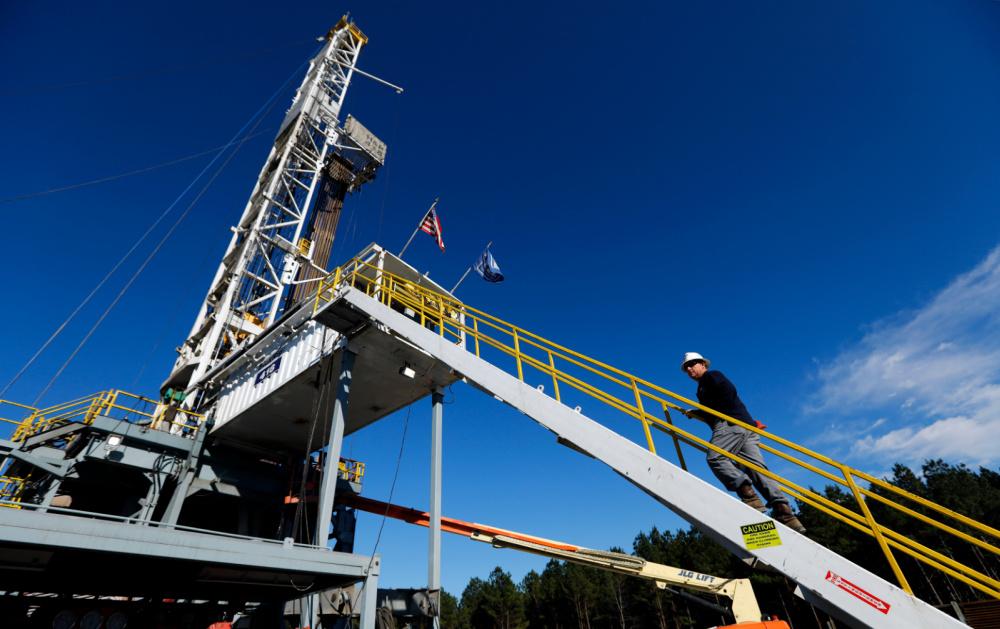 Comstock Resources completed an “attractive bolt-on acquisition” in East Texas during the second quarter, which included about 60,000 net acres prospective for the Haynesville and Bossier plus midstream assets. Pictured a Comstock gas well near Bethany, La., in 2017. (Source: Oil and Gas Investor / Hart Energy)

While A&D was decidedly sporadic in the first half of the year, second-quarter earnings filings disclosed that oil and gas companies weren’t entirely dormant.

The largest splash, arguably, came from APA Corp., which disclosed on Aug. 3 a “tuck-in acquisition” of properties primarily located in Loving and Reeves counties, Texas, in the Delaware Basin. APA management said the $555 million deal, which closed in July, is expected to average 12,000 to 14,000 boe/d for the remaining five months of the year.

And Occidental Petroleum Corp. also reported in August it will extend its joint venture (JV) in the Permian Basin with Colombia’s Ecopetrol SA through first-quarter 2025. The initial JV, which was announced in July 2019, was valued at up to $1.5 billion.

While those deals generated headlines, other U.S. shale operators made more discrete moves to tidy up or expand acreage.

EOG’s version of small ball was a first-half tally of property acquisitions valued at $351 million. The firm filed documents with the U.S. Securities and Exchange Commission that showed its first-half acquisitions included:

During the same period, EOG recognized net gains on asset dispositions of $122 million and received proceeds of approximately $231 million. The proceeds were primarily based on the sale of certain legacy natural gas assets in the Rocky Mountain area and producing properties in the Midcontinent area.

While the company did not specify the assets sold, in January, EOG retained Detring Energy Advisors to market oil- and gas-producing properties, leasehold and related assets in the Western Anadarko Basin located in Oklahoma’s Ellis and Roger Mills counties. The assets included a large, majority-operated, contiguous and fully HBP position totaling roughly 37,300 net acres and a liquids-weighted production base generating $37 million of high-margin cash flow.

In East Texas, Comstock Resources said it completed an “attractive bolt-on acquisition” which included about 60,000 net acres prospective for the Haynesville and Bossier as well as a 145-mile high-pressure pipeline and natural gas treating plant for $35.6 million.

Comstock said that, in April, the company acquired the pipeline.

The pipeline and natural gas treating plant were purchased from an unaffiliated third party for $16.8 million. Another $18.8 million was allocated for “deep rights” on undeveloped acreage.

Murphy moves in the Gulf of Mexico

Gulf of Mexico (GoM) operator Murphy Oil also reported some moves after the second quarter, including two purchase and sale agreements to high-grade its GoM portfolio.

Murphy Oil reported acquiring 3.4% of additional working interest in the nonoperated Lucius Field for about $77 million after estimated closing adjustments. The company said it expected payback in less than two years. The transaction brings Murphy’s total working interest in the field to 16.1%. Closing is anticipated to occur in third-quarter 2022.

The company also agreed to divest its 50% working interest in the operated Thunder Hawk Field for about $16 million, before estimated closing adjustments. The Thunder Hawk asset averages about 800 boe/d net to Murphy Oil. The divestiture allows the company to reduce liabilities by roughly $37 million, according to regulatory filings. Closing is expected in third-quarter 2022.

In the second quarter, Murphy Oil also increased its working interest in the nonoperated Kodiak Field to 59.3% from 48.3% in a deal valued at $47 million after closing adjustments. Murphy’s management reported an expected payback time of about one year.