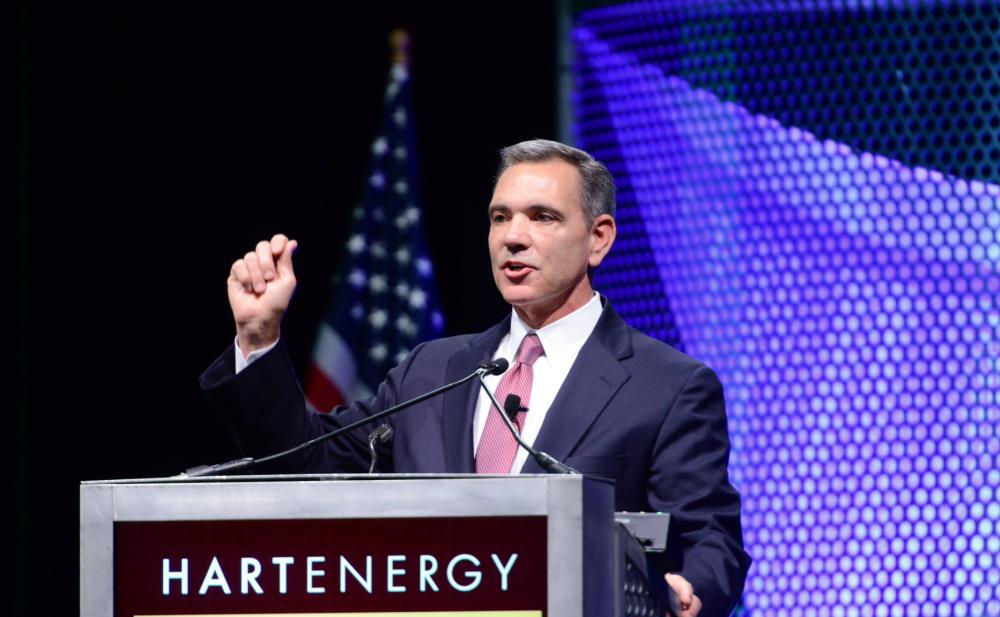 Barry Davis will step down from his position as chairman and CEO of EnLink Midstream on June 20 but will continue in an advisory role until Aug. 31 to ensure a seamless transition, according to a company release. (Source: Hart Energy)

EnLink Midstream LLC recently named Kinder Morgan executive Jesse Arenivas as its new CEO following its announcement that Chairman and CEO Barry E. Davis will retire from EnLink, the company he led the founding of, after more than 25 years of leadership.

“No words can adequately express my gratitude for what being a part of the EnLink family has meant to me,” Davis commented in a company release on June 14.

Davis led EnLink Midstream’s predecessor, Crosstex Energy, from its founding in 1996 through the 2014 merger of Crosstex with midstream assets from Devon Energy Corp., the transaction that created EnLink.

Under his leadership, EnLink evolved into a Fortune 500 integrated midstream company with a strong financial foundation and a diverse geographic footprint in several top U.S. basins, which is also pursuing innovative and sustainable energy transition opportunities, such as carbon capture and sequestration (CCS). 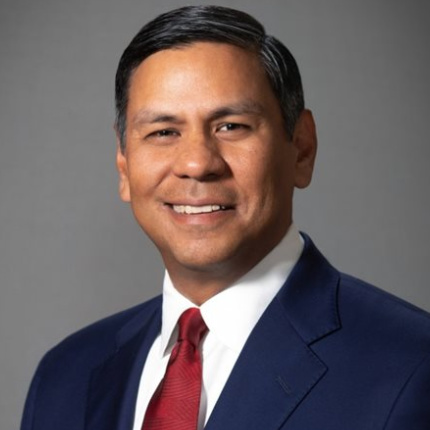 “I’ve long admired the robust gathering and processing platform integrated with key downstream demand markets that EnLink has built, as well as the ‘EnLink Way’ approach to operational excellence and innovation that the team has developed.”—Jesse Arenivas, Incoming CEO, EnLink Midstream LLC

Davis will step down from his position as chairman and CEO on June 20 but will continue in an advisory role until Aug. 31 to ensure a seamless transition, according to the release.

“I’m confident in EnLink’s future success with this team and under Jesse’s leadership,” he added.

Arenivas comes to EnLink after almost 20 years with Kinder Morgan, where he helped the company grow to become the largest transporter of CO₂ in North America. He had served as president of the Kinder Morgan’s CO₂ segment since 2014 but was also appointed to lead the company’s energy transition ventures team upon its formation in early 2021.

In his statement, Davis described Arenivas as a visionary leader that will help the EnLink team realize its “future of midstream” vision that includes signing the company’s first CCS customer, Oxy Low Carbon Ventures, in March.

“Jesse’s deep experience in our industry, including most recently at the forefront of CO₂ and the energy transition,” Davis said, “combined with his background as a strategic and financially minded business development leader, will foster continued excellence in EnLink’s business, as well as momentum in growing EnLink’s role in the energy transition.”

On June 20, Arenivas will join EnLink as CEO and a director on the EnLink board of directors. Leldon E. Echols, who has a long history with EnLink, having been a director on the board since the company formed and a member of EnLink's predecessor company’s board since 2008, will become the chairman of the board.

“I am grateful to Barry and the board for this opportunity to lead EnLink at such an exciting time in EnLink’s journey,” Arenivas commented in the release. “I’ve long admired the robust gathering and processing platform integrated with key downstream demand markets that EnLink has built, as well as the ‘EnLink Way’ approach to operational excellence and innovation that the team has developed.” 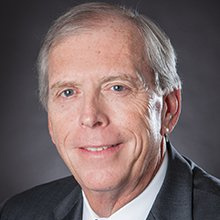 “Looking forward, the board and I are confident in Jesse’s commitment to EnLink’s vision and ability to lead the company in EnLink’s next phase.”—Leldon E. Echols, Chairman, EnLink Midstream LLC

Davis’ anticipated retirement from EnLink was a part of the succession plan developed and administered by EnLink’s board to maintain strategic leadership continuity, continue to focus on shareholder value, and secure EnLink’s long-term success, according to the release.

“Barry successfully led the company through the industry downturn and now has helped position EnLink on an exciting growth trajectory,” Echols said in the release. “On behalf of the board, we want to thank Barry for his leadership and innumerable contributions to EnLink.”

“Looking forward, the board and I are confident in Jesse’s commitment to EnLink’s vision and ability to lead the company in EnLink’s next phase,” he added.

Echols remains the chair of the board’s audit committee and a member of the governance and compensation committee.