The world appears to be set firmly on the path of the energy transition away from oil and gas over the coming decades.  Following Russia’s invasion of Ukraine, the timeline for peak oil demand is less clear than it was, but Enverus Intelligence™ | Research still believes it is likely to occur before 2030. Although there will continue to be significant work for oilfield services (OFS) companies during the coming decades, as the global energy mix moves further into cleaner alternatives, there will ultimately be less work to go around in the legacy oil and gas industry.

However, there are already some opportunities for OFS firms to adapt and apply their skills in the changing environment, such as drilling wells for carbon capture storage projects. Companies are also developing novel renewable energy technologies that require OFS expertise and skill sets. Three such companies are Quidnet Energy, Eavor and Proton Technologies, whose technologies require either drilling new wells or repurposing existing oil fields and infrastructure. More innovators are likely just over the horizon.

Houston-based Quidnet is an energy storage firm that has a novel approach to pumped storage. Traditional pumped water storage typically utilizes two reservoirs at different elevations to store energy. Surplus electricity is used to pump water from the lower reservoir into the upper reservoir, and when electricity is needed, water from the higher reservoir is allowed to flow over hydroelectric turbines to generate power. However, it is difficult to find suitable locations, and projects are capital and time intensive.

Quidnet’s geomechanical solution instead uses subsurface rock layers as energy storage reservoirs. When surplus electricity is available, water from a pond is pumped down a well and stored under pressure between layers of shale. When electricity is needed, the well is opened to let the pressurized water pass upward through a turbine and generate power before returning to the pond for the next cycle. Business development vice president Richard Brody previously told Enverus the technology is projected to have a total roundtrip efficiency of 65% to 70%.

Quidnet COO Jason Craig told Enverus the company’s geomechanical pumped storage technology typically uses shallow vertical wells that are 1,500 ft deep or less. Besides drilling itself, which can be handled by the vast majority of the active rig fleet, the wells are logged, cased and cemented. Construction of the underground “storage lens,” where water is kept under pressure, is accomplished using the same pressure pumping spreads as unconventional oil and gas wells.

The company announced last year that it was building a pilot project in Alberta, Canada, and in March, it signed a 15-year commercial agreement with San Antonio utility CPS Energy for a two-phase project that could ultimately have 15 MW of storage capacity. The company has previously built test sites in Medina and San Saba counties, Texas, and is currently working on pilot projects in Ohio, New York and Alberta. 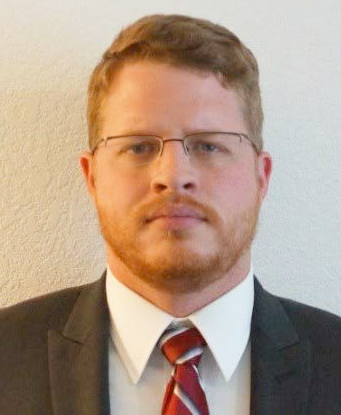 “Although there will continue to be significant work for oilfield service companies during the coming decades, as the global energy mix moves further into cleaner alternatives, there will ultimately be less work to go around in the legacy oil and gas industry.”

In the next 10 to 20 years, Craig said Quidnet expects to commence operation of multiple grid-scale projects of 100 MW or more each year. Each project would consist of dozens of electrically connected 2 MW to 8 MW wells, similar to wind farm architecture. Craig added that annual well counts are expected to be in the hundreds. Existing excess drilling and completion capacity will be able to deliver billion-dollar-scale storage projects over the coming years, he said.

Besides drilling services, Quidnet’s technology requires professionals with many skill sets common to the oil and gas sector, including geology and geophysics, design and engineering, project development, origination and finance, construction management and asset operations and maintenance, according to the company’s website. Craig said Quidnet’s technology repurposes the existing OFS infrastructure and workforce, and the company’s current and future field and office staff are predominately sourced from legacy oil and gas roles.

Eavor, a Canadian geothermal company, proved its technology in 2019 at its Rocky Mountain House, Alberta, demonstration project and is set to move forward on its first commercial project in Germany. The Eavor-Lite demonstration project consisted of two wellbores drilled several km apart with multilateral sections connected toe-to-toe underground and by pipeline at surface. The conduction-based system circulates a benign working fluid to pick up subsurface heat, which is discharged in the surface facility to generate electricity.

The company’s commercial Eavor-Loop 1.0 configuration drills both vertical well sections from the same location to reduce the surface footprint, according to an Eavor video. Once at depth, the wellbores turn 90 degrees and branch into multilaterals to create more surface area where the working fluid will be in contact with the rock. An updated Eavor-Loop configuration is being developed to angle the laterals deeper into the rock, increasing overall heat extraction and stackability. An Eavor spokesperson told Enverus the company uses a proprietary technology called Rock-Pipe that allows it to drill and case wells simultaneously, increasing efficiency.

The company’s goal is to provide power or heat to 10 million homes globally in the next 10 years, which in the mid-case could require around 1,000 Eavor-Loops. Cairns said the capacity of each Eavor-Loop depends on the geology of the area and the application. Loops used for heating applications might cover 10,000 to 15,000 homes, while loops used for electricity generation would cover fewer homes. The first commercial power project in Germany, which Cairns said has a lower heat gradient, is expected to be able to provide power for 4,900 homes per Eavor-Loop, according to the company’s July 5 statement. Eavor’s power projects can provide either baseload or dispatchable power as needed.

Besides drilling, the Eavor spokesperson said most technical OFS disciplines also apply to the company’s projects. In Alberta, where the company is based, its job listings can get as many as 800 applications, mostly from oil and gas industry professionals. Eavor, which received backing from bp Plc and Chevron Corp. in 2021, currently has a development pipeline of about 200 projects across the globe, including in Asia, Europe and North America.

Eavor is also working on new drilling technology that the spokesperson said will allow onshore commercial wells to reach depths never seen before, with more information from an ongoing project expected to be released in the fall. The world’s current deepest onshore oil well, Z-44 Chayvo, was drilled by Exxon Mobil Corp. to more than 40,000 ft in Russia.

Proton Technologies, another Canadian company, aims to produce hydrogen in situ from existing oil fields and infrastructure where hydrocarbon production is no longer commercially viable. Proton’s system produces hydrogen, heat and other products by heating an oil reservoir with steam to around 250 C before injecting oxygen-enhanced air to begin in situ combustion, which further heats the reservoir and begins breaking down hydrocarbon chains. Once temperatures reach 500 C and above, injected steam or water vapor reacts with the hydrocarbons, producing a temporary source of free hydrogen gas and CO2.

A demonstration project in Saskatchewan that began operations in early 2021 could ultimately produce 1,000 tonnes per day of hydrogen while leaving CO2 in place as solid carbonate. UPC Hydrogen signed a deal last September to license and use Proton’s technology in select Asia-Pacific countries. Proton also signed a letter of intent in early April to supply flare gas from the Saskatchewan project to a 15-MW power plant. At the time, CEO Grant Strem said hundreds or thousands of projects over the coming years could repurpose late-life assets using Proton’s technology. Clear Hydrogen UK Ltd. expanded an existing agreement with Proton in April that could allow it to produce up to 5,000 tonnes a day of hydrogen from aging oil fields in U.K. waters.

Matthew Keillor is the primary writer for Enverus’ International Pulse and Quick Price reports focused on the operations of international upstream oil and gas companies, international M&A and renewable energy/ESG in the U.S. and abroad. 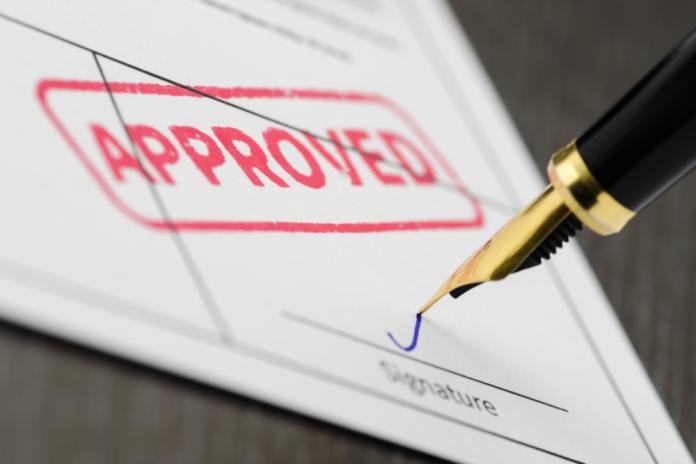 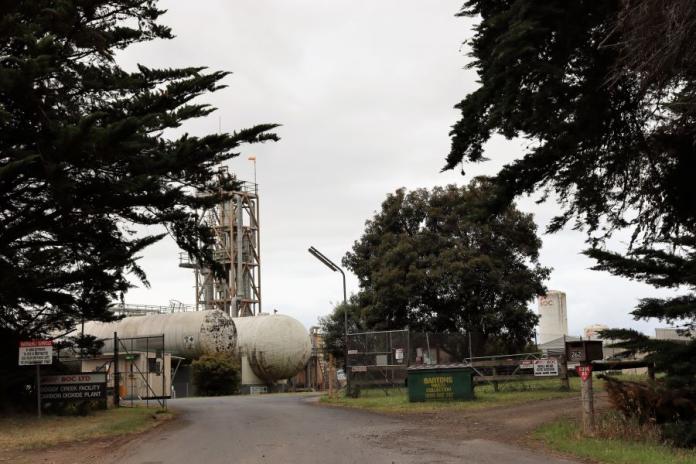 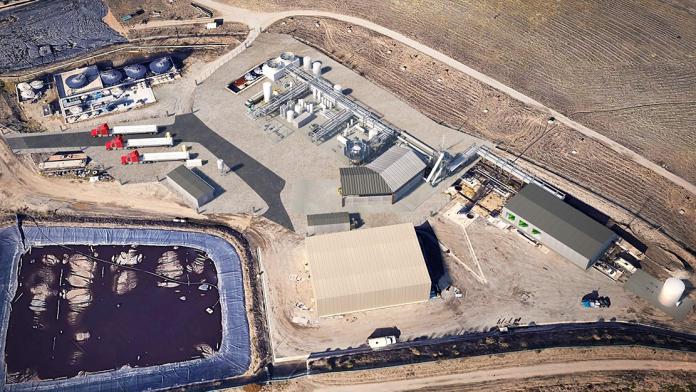 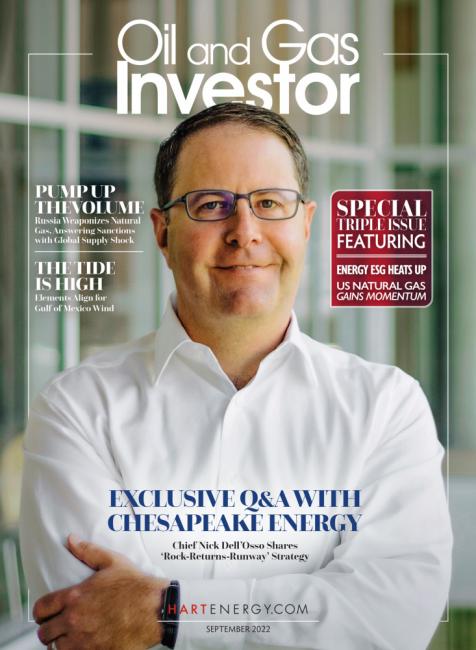