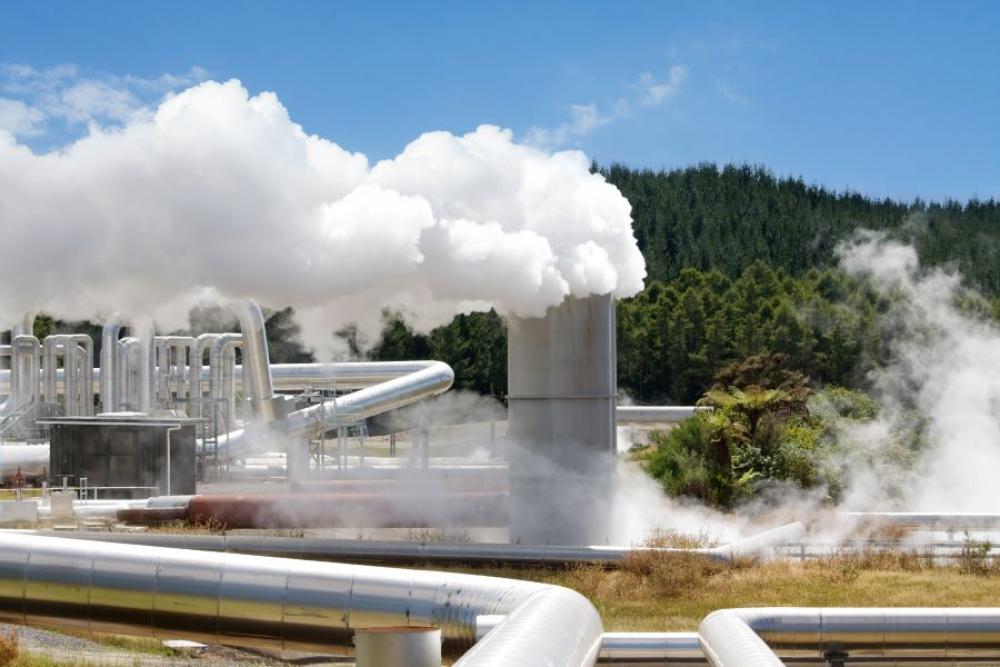 The U.S. Department of Energy's Geothermal Shot will target over 5 terawatts of heat resources in the U.S. to power communities. (Source: N. Minton / Shutterstock.com)

The U.S. Department of Energy (DOE) is seeking to lower the cost of enhanced geothermal systems (EGS) by 90% to $45 per megawatt hour by 2035 with its latest Energy Earthshot initiative.

The Geothermal Shot, announced Sept. 8, is targeting the more than 5 terawatts of heat resources in the U.S. to power communities. Capturing “even a small fraction” could power more than 40 million American homes, the DOE said in a statement.

The move is part of the Biden administration’s goals of 100% carbon pollution-free electricity by 2035 and net-zero emissions by 2050.

“The United States has a vast, geothermal energy resource lying right beneath our feet, and this program will make it economical to bring that power to American households and businesses,” U.S. Secretary of Energy Jennifer M. Granholm said in a statement.

EGS feature wells drilled at least 4,000 ft underground, extracting heat byway of fracture systems to which water is added through injection wells. Injected water is heated when it contacts the hot rock, returning to the surface via production wells. The heat extracted can be used to heat or cool homes and buildings, or to generate electricity.

However, conditions in these EGS reservoirs— where temperatures can reach 380 C or higher at deeper depths—can be harsh.

Besides the hot temperatures, rocks are hot and abrasive and the environment corrosive, the energy department explained. In some instances, there is insufficient fluid to carry the heat and limited pathways to conduct fluid. The Geothermal Shot plans to address the challenges by accelerating R&D and demonstrations to improve subsurface knowledge. It also seeks to improve well engineering designs.

“Geothermal energy currently generates about 3.7 gigawatts of electricity in the United States, but a substantial amount of geothermal energy is not accessible with current technology,” the energy department said. “Research and innovation to advance EGS drilling, and engineering can unlock those resources and put new, clean electricity on the grid.”