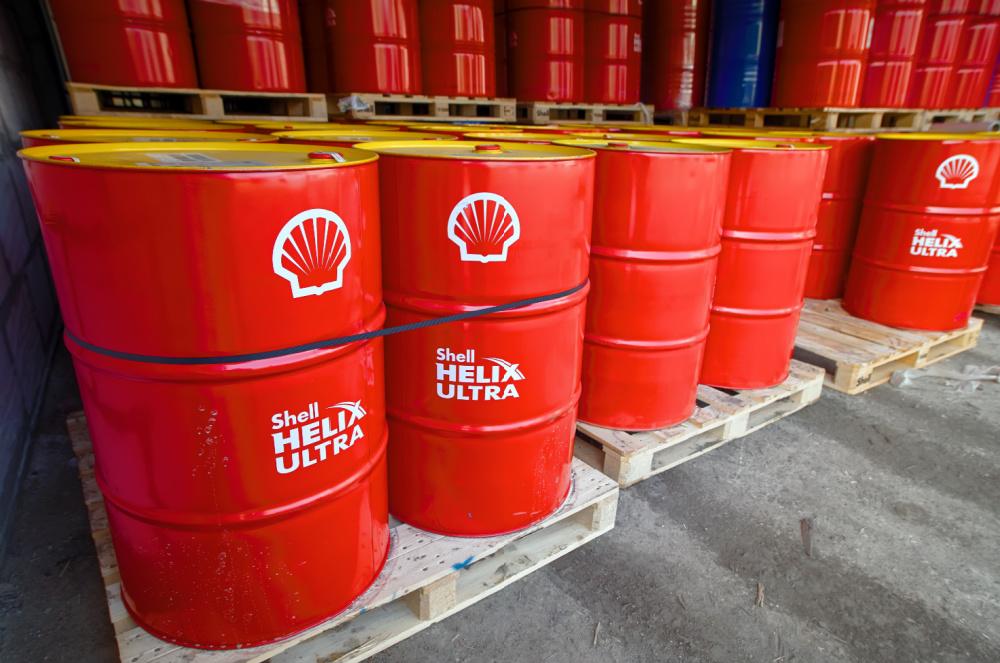 European funds that employ ESG metrics as a group are heavily “underweight” in oil and gas stocks but some tentative signs of a shift in positioning have appeared. For example, 6% of European ESG funds now own Shell Plc, compared to 0% at the end of last year, according to Bank of America. Pictured, Shell Helix Ultra steel drums. (Source: Tricky_Shark / Shutterstock.com)

Russia’s invasion of Ukraine has made the immense task of reducing the global economy’s addiction to fossil fuels even more daunting. Existing pledges to cut carbon emissions to net zero by 2050 were already challenging enough. Now, governments and companies are scrambling to balance their green ambitions with the new imperatives of energy security.

Just as the Ukraine war has sparked intense debate over whether defense companies should be considered suitable for sustainable investment strategies, the conflict has also prompted discussion about the role of oil and gas producers in investors’ portfolios.

Mark Lacey, lead manager of Schroders’ $3 billion ISF Global Energy and Energy Transition strategies, says that investors are starting to look more favorably on energy companies because of their vital role in the transition to a decarbonized economy. He adds that these businesses “have been taking the net-zero challenge much more seriously” since 2015, through investments in technologies such as hydrogen and carbon capture.

“The Ukraine war has highlighted the need for a more orderly transition, for social reasons as much as for environmental reasons,” Lacey says. “Sentiment is definitely moving in favor of energy companies, even among investors that thought they would never want to be involved in the sector.”

European funds that employ ESG metrics as a group are heavily “underweight” in oil and gas stocks but some tentative signs of a shift in positioning have appeared.

Six percent of European ESG funds now own Shell Plc, compared to 0% at the end of last year, according to Bank of America. Holdings have also risen modestly this year in other energy companies, including Galp Energy, Repsol, Aker BP and Neste, across the 1,200 European ESG active and passive funds monitored by BofA.

“We believe [some] ESG funds are revisiting the cost of exclusion [of energy companies] given their underperformance in the first half of 2022 or waiting for regulations to be finalized amid greenwashing fears,” says Menka Bajaj, an ESG strategist at BofA.

A new law designating gas and nuclear energy as sustainable was approved this month by the European parliament, following months of fierce debate.

“Encouraging the use of the cleanest fossil fuels, like natural gas, over the dirtiest, such as coal, is an important step,” says Giovanni Staunovo, a strategist at UBS.

Allocations to fossil fuel companies do not mean that investors must abandon their environmental principles, adds Staunovo.

“They can invest and engage with sustainability leaders within the fossil fuel industry, including companies that use the least environmentally harmful extraction techniques, protect biodiversity, and are stepping up their spending on renewables,” he says.

But a green agenda could still be derailed by the current energy crisis. Restrictions on Russian fossil fuel supplies helped drive Brent crude oil to a near-record high in March, while prices for European gas have hit new all-time peaks.

Some fear that Russia may choose to exacerbate the crisis by ordering deep cuts in oil exports. This could drive the price of crude to a stratospheric $380/bbl, according to investment bank JPMorgan.

Sasja Beslik, chief investment officer at NextGen ESG Japan, a sustainable investment specialist, says an inept response by governments to the energy crisis could trigger a relapse towards fossil fuels that will make the task of stabilizing the climate even more difficult.

“This winter could be much colder for millions of people in Europe,” he says. “Households struggling to pay fuel bills are angry, which is leading to policies aimed at insulating [consumers from rising prices] and boosting fossil-fuel production, however dirty.”

High prices have created huge windfall profits for oil and gas producers, with net income set to double this year to $4 trillion, according to the International Energy Agency (IEA).

The Paris-based think-tank says the windfall represents a “once in a generation” opportunity for big oil and gas companies to deliver on their net-zero pledges—providing enough cash to fund the necessary investments in low emission fuels such as low carbon hydrogen.

And investments in new oil and gas projects should not be required if governments can achieve a sharp pivot away from fossil fuels in order to avoid global warming of more than 1.5 C above pre-industrial levels, according to the IEA.

But the IEA’s net-zero emissions pathway also envisages that existing oil and gas fields will still need significant investment, averaging $340 billion a year over the rest of the current decade, to ensure supplies are maintained.

Amrita Sen, director of research and co-founder at the consultancy Energy Aspects, says current high oil prices reflect years of under-investment, rather than the Russia-Ukraine war.

Uncertainties over energy policies, including concerns that additional oil and gas investments will violate net-zero pledges, are depressing capex below the levels warranted by supply and demand fundamentals, says Sen.

Global investment in oil exploration and production will increase from $390 billion this year to $450 billion in 2024 but this is still below the $550 billion capex threshold required to start to start remedying the shortfall in supply, according to Energy Aspects.

“Trillions of investment dollars will be needed to compensate for the natural decline in oilfields’ [output] over the next decade,” says Sen. “But securing financing is difficult with overt hostility towards fossil fuels casting a dark shadow over investment.”