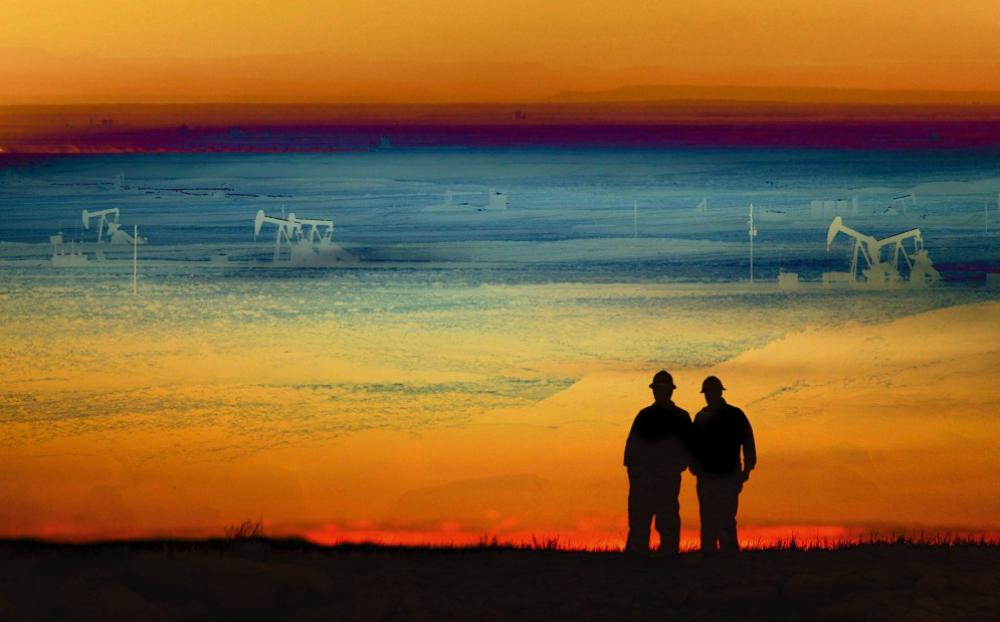 The acquisition of Newfield and its key position in the Stack/Scoop is expected to make Encana the second largest producer of unconventional resources in North America. (Source: Hart Energy)

The acquisition, which analysts are calling Encana’s “boldest move yet,” will expand the company’s “core four” portfolio to include a key position in the oil-rich Stack and Scoop shale plays of the Anadarko Basin. 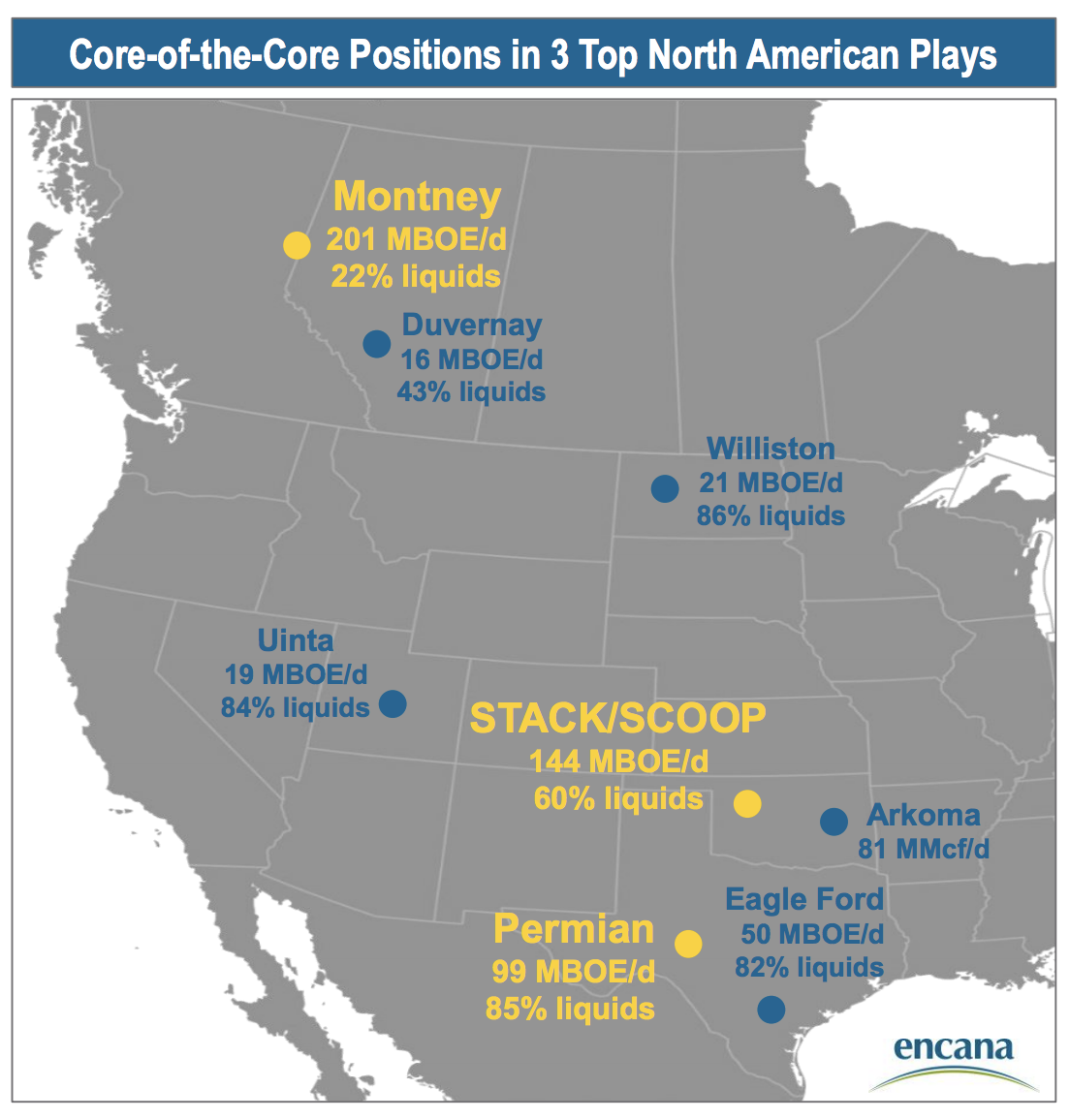 In 2013, Encana launched a strategy to invest more in liquids and focus nearly all of its capital on four asset bases: the Permian, Eagle Ford, Duvernay and Montney. Throughout the years, the company has sold assets in the Denver-Julesburg Basin, Piceance Basin, Haynesville Shale and, most recently, the San Juan Basin in pursuit of this strategy.

“Under its ‘back to winning’ strategy spawned in 2013, Encana has been focused on re-engineering its portfolio with a weighting toward liquids. More than US$17 billion in acquisitions, in the Eagle Ford, Permian and now the Midcontinent, have been matched with US$11 billion in noncore asset sales since launching this strategy,” Martin said in a statement adding, “the results have been transformative.”

Following the close of its combination with Newfield, Encana expects liquids production will contribute over 50% of total company production, driving continued margin expansion and returns. Additionally, the company also anticipates the combination to result in $250 million of annual synergies through greater scale, cube development and overhead savings.

Lee K. Boothby, Newfield chairman, president and CEO, said he believes the combination with Encana is the best path forward for Newfield, which has been operating for about 30 years.

“The combination of the two companies provides our investors with the very attributes that should be differentiated in today’s energy sector—operational scale, proven execution in development of large, liquids-rich onshore resource plays, a peer-leading cost structure and an exceptionally strong balance sheet,” Boothby said in a statement. ”We strongly believe that the synergies between these two organizations will create a dominant diversified resource player that is positioned to drive future value.”

Newfield, an independent energy company based in The Woodlands, Texas, primarily focuses in the Anadarko and Arkoma basins of Oklahoma, the Williston Basin of North Dakota and the Uinta Basin of Utah. The company also has producing oil assets offshore China.

In the Anadarko Basin, Newfield holds about 360,000 net acres in the core-of-the-core of the world-class Stack and Scoop plays. The asset contains more than 6,000 gross risked well locations and about 3 billion barrels of oil equivalent (boe) of net unrisked resource.

Encana said Newfield’s Stack/Scoop position is a premium, oil-weighted, stacked-pay asset that contains multiple commercial and prospective zones which it expects are suited to the company’s cube development model.

“Consistent with our focus on being in the best parts of North America’s best plays, our multi-basin portfolio will include large, premium, liquids weighted positions in three of North America’s highest quality, lowest supply cost basins; the Permian, Stack/Scoop and Montney,” Doug Suttles, Encana’s president and CEO, said in a statement. “Our multi-basin portfolio provides a powerful competitive advantage, helping us manage risk, provide optionality to direct capital to our highest margin opportunities and transfer learnings across the business.”

WoodMac’s Martin also pointed out to certain significant benefits for Encana from becoming a larger North American player with multi-basin exposure through the purchase of Newfield, which he considers an undervalued company, even based on the firm’s conservative modeling view.

“Against the backdrop of Permian headwinds such as takeaway capacity constraints, cost inflation and geological risks related to parent/child wells, the Midcontinent complements the Eagle Ford as an attractive alternative investment option,” he said.

Combined pro-forma third-quarter 2018 production is around 577,000 boe/d. This includes liquids production of roughly 300,000 barrels per day (bbl/d) of which oil and condensate contributed 210,000 bbl/d.

Encana intends to raise the dividend by 25% and expand its share buyback program to $1.5 billion following closing of the transaction, which will be funded with expected non-GAAP free cash flow and cash on hand, according to the company press release.

In addition, two directors from the Newfield board of directors will join the Encana board upon closing, which Encana expects in first-quarter 2019. 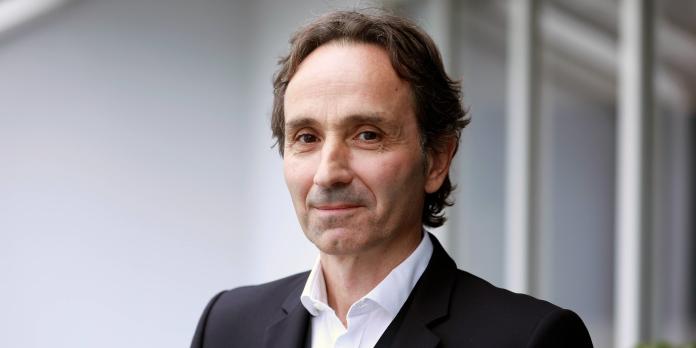 2022-12-12 - Philippe François Mathieu will succeed Al Cook as executive vice president of exploration and production international at the beginning of the new year.

2022-12-21 - "Trading companies...must post collateral to cover potential price fluctuations in the period from when a trade is struck to when the energy is actually delivered," Danske Commodities' Jakob Sorensen said.