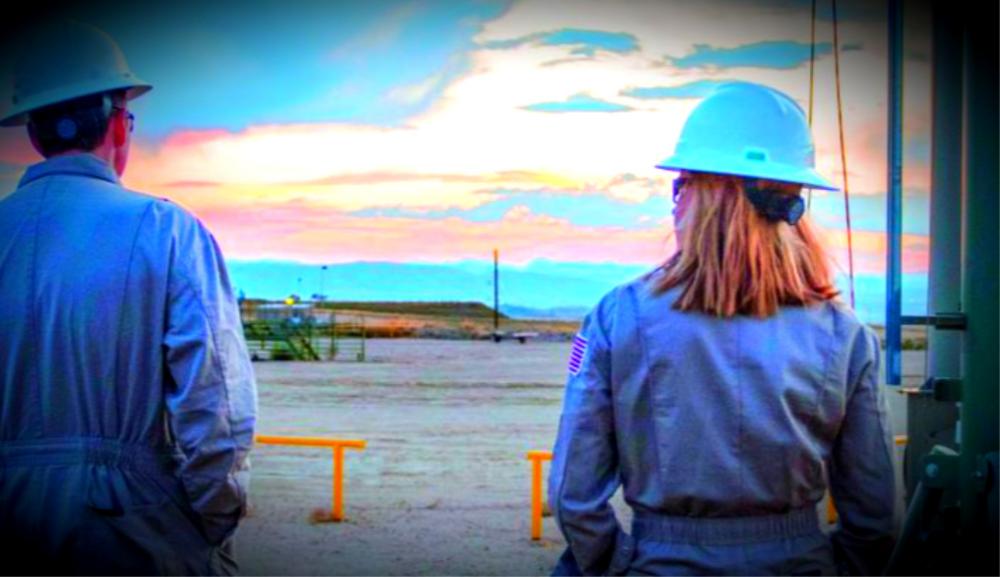 HOUSTON—In an industry that has been historically dominated by men, oil and gas companies are changing the trend.

Several businesses in the energy sector have implemented strategies incorporating gender equality and the advancement of females into executive positions. Women in leadership roles throughout the industry shared insights and their journeys of success during a panel discussion at a forum proceeding Hart Energy’s 25 Influential Women In Energy’s Luncheon on March 4.

Elements of a successful career

Deanna Farmer, executive vice president and CEO of Enable Midstream Partners LP, joined the oil and gas industry when it was viewed as a “career with stability.”

Although she eventually found that perception to be untrue, she credited the industry’s learning opportunities, culture and people as factors that kept her going. As an example, Farmer said she had been open to new projects and opportunities even when they didn’t always give her a chance to climb up the corporate ladder, but because they would enrich her learning experience.

Farmer also attributed the success of her career to a piece of advice that she heard several years ago from one of the first female presidents of the industry: “Be true to yourself.” Farmer described the words as comforting in a male-dominated industry because she believes it’s important for women to accept that they can have different personalities from men and “it’s okay to be yourself.”

Cynthia Welch, partner and president of geosciences at Resonance Resources LLC, agreed that staying true to oneself and self-discovery are important elements of a successful career.

“[Being myself] gave me laser focus, which allowed me to deal with fears as I took risks,” she said. “Learning more about yourself gives you strength and understanding.”

Additionally, Lees Rodionov, global director of sustainability at Schlumberger Ltd., noted the importance of investing in employee relationships for a successful business citing advice given to her during her first management job: “Take care of your people and customers, and everything else will take care of itself.”

Rodionov went on to explain how her father taught her during the course of her career that having a clear goal gives one the confidence and vision to deal with challenges. She also stressed on the importance of working on one’s soft skills and emotional quotient for a successful career.

Panelists also discussed the importance of mentors, which studies show increases a woman’s likelihood of success. For younger women, in particular, mentors can play a pivotal role in choosing a career path and achieving success in those fields.

Farmer noted that both male and female mentors had played an important role in providing constructive feedback during her career. Meanwhile, Welch expressed admiration for her two female bosses, who according to her, were her role models who played an instrumental role in building her career.

“[They] were very inspirational and spent a lot of energy in giving me guidance and helping me along the way,” Welch said. “I looked at them and thought this is how I want to be when I get further along in my career.”

For Rodionov, it was a different story.

“Early in my career, almost 26 years ago, there weren’t a lot of women in the company,” she said. “It was more sponsorship than coaching. So, I found it difficult to get constructive feedback.”

At the time, Rodionov turned to her parents, who she said were always there to help with career advice. Based on her experience, she now advises young professionals to understand their areas of improvement and seek constructive advice.

Highlighting the importance of having mentors who can challenge ideas, Rodionov said, “If your mentors are not making you uncomfortable, they’re not mentoring you.”

Additionally, the panelists agreed that empathy toward employees and good listening skills are both important for leadership.

Rodionov explained that being comfortable with navigating uncertainty while maintaining a positive attitude is important for a good leader. She also pointed out that it’s vital to have open communication at the workplace to understand each other’s thought processes.

The panelists were also in unison about adopting different approaches when their opinions or suggestions go unheard in meetings with mostly men. Different tactics discussed included humor or diplomacy, depending on the situation, to get their points across.

One’s gender does not influence leadership qualities in any way, according to Welch.

“Sometimes we try to fit ourselves into a specific male-archetypal role but our unique qualities such as feminism certainly serve well because they define who we are,” she said.

During the forum, Myra Dria, president of Pearl Resources, recalled a roadblock in her career that had actually served as a driver to boost her confidence in decision-making and moving forward.

Early in her career, Dria said she was told by a senior manager at a company where she was working that they couldn’t have a woman as vice president. As a result, she decided to quit her job and moved on to join one of the company’s competitors before forming her own company several years later.

“You have to prove that stereotypes don’t exist and not try to fit in the preconceived notion that people are labeling you for,” Dria said.

She also advised young professionals to continue their quest for learning. “You have to be passionate about what you’re doing and be a continual learner…You can never say I’ve learned enough,” Dria said.