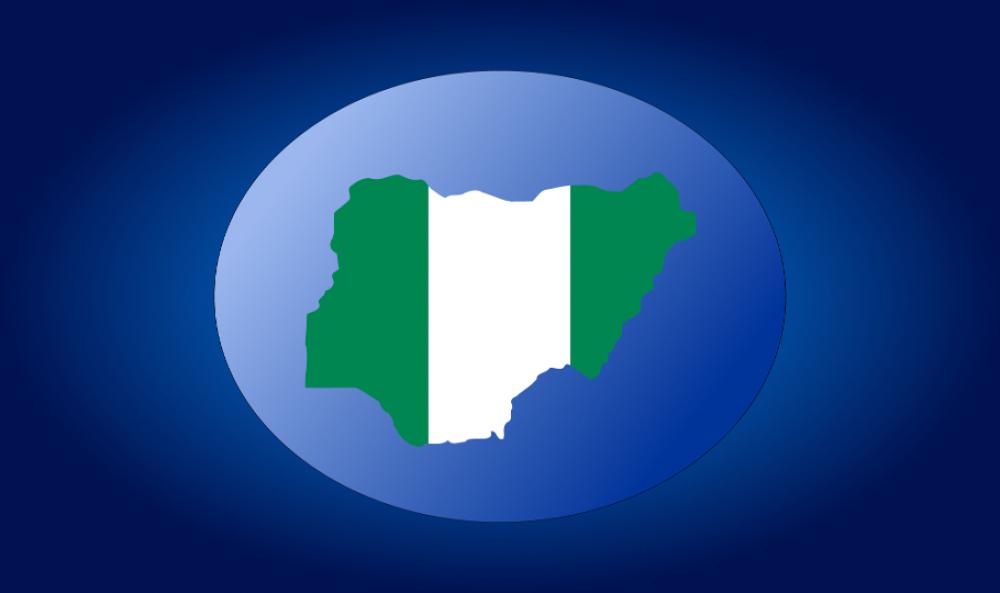 Nigeria has endured widespread oil thefts, pipeline sabotage along with political unrest, and multinational oil companies are continuing to leave the country.

Low oil prices are further crippling Africa’s top oil producer, and the future is uncertain as Saturday’s highly contested presidential election nears. Adding more discomfort, the national economy has been dealt a blow after losing business from its top crude oil buyer— the U.S., which usually imported between 9% and 11% of its crude oil from Nigeria before 2012.

However, plentiful supply—courtesy of the U.S. shale boom—sank the Nigerian percentage of crude imports to less than 1%, according to U.S. Energy Information Administration (EIA) figures.

Days from the March 28 election, the victor will steer the direction of legislation that could strengthen Nigeria’s oil sector or prolong uncertainty. The vote also comes at a time when oil and gas companies are already cutting spending, including some of those who are ditching onshore assets amid continued instability. The long-stalled Petroleum Industry Bill (PIB) could lead to change, but regardless of the election’s outcome some believe change won’t come anytime soon.

President Goodluck Jonathan is facing more than a dozen opponents, but his main challenger is thought to be retired Maj. Gen. Muhammadu Buhari.

A Jonathan win likely means an unchanged policy approach with more lobbying and debate over the bill’s content; however, a Buhari win may bring a complete overhaul of the bill, possibly even broken into constituent parts to force its passage, according to Roddy Barclay, senior consultant, West Africa, at the global business risk consultancy Control Risks.

“Under both scenarios, it seems likely the bill’s swift and uncontested passage is unlikely,” Barclay told E&P.

The bill, which aims to revamp fiscal terms and the regulatory structure of oil and gas business in the country, was originally proposed in 2008. Recent movement is giving some hope. The bill was discussed in the National Assembly after recommendations were presented by a subcommittee earlier this month.

The unstable state of the sector in oil-dependent Nigeria has prompted the country’s leaders to work toward diversifying revenue sources. The oil-producing nation derived 70% of its revenues from oil in 2011, according to the Natural Resource Governance Institute. Energy experts are noticing the efforts, evidenced by a stronger economy with rising GDP and growth from non-oil sectors such as banking, telecoms and professional services.

But oil still plays a dominate role in Nigeria’s economy and challenges remain for the sector, regardless of who claims the presidency. In the past, violence has often followed presidential elections as supporters from various sides clash. The oil and gas industry could be a casualty.

“A Buhari victory would likely witness an uptick in attacks against the industry as delta networks seek to reassert their standing in a changing political climate,” Barclay said. “This will largely be with a view to forcing the new administration to engage with delta interests and uphold patronage streams to the region.”

No frontrunner has emerged in the presidential election, according to Young Okunna, upstream analyst covering Sub-Saharan Africa for GlobalData.

“Notwithstanding whoever wins, Nigeria’s energy sector has issues which need to be resolved in order to assure stability and attract investments in the sector,” Okunna said.

Passage of the PIB which will assure investors of stability and enhance investment planning for various IOCs willing to invest in the country, Okunna and Joseph Gatdula, the senior upstream analyst for GlobalData’s MENA, FSU and APAC regions, said in a jointly prepared email to E&P.

Nigeria possesses massive amounts of oil and gas, and extracting it has typically been challenged above ground, not below. It’s also pressured by market conditions that have international oil companies leaving some of Nigeria’s onshore fields.

For Royal Dutch Shell (NYSE: RDS.A), recent asset sales are an attempt to de-risk some of its onshore operations in response to oil theft and sabotage, while keeping focus on offshore operations, GlobalData analysts said.

On March 26, Shell exited interests in oil mining lease 29, which includes the Nembe, Santa Barbara and Okoroba fields in the eastern Niger River delta along with the Nembe Creek Trunk Line, to Nigeria’s Aiteo Eastern E&P Co. Ltd. in a $1.7 billion deal.

The company said its divestment was part of the strategic review of Shell Petroleum Development Company of Nigeria Limited’s onshore portfolio. Shell maintains it is committed to keeping its onshore and offshore presence in the country.

The transaction followed another Shell deal earlier this month. In a $737 million deal, a Shell subsidiary sold its 30% interest in OML 18 to Eroton E&P Co. Ltd. The area includes the Alakiri, Cawthorne Channel, Krakama, and Buguma Creek fields.

Other companies, including Chevron Corp. (NYSE: CVX) and Total SA (NYSE: TOT), also have scaled down in Nigeria as the industry endures its latest downturn marked by low oil prices that hovered around $50/bbl (WTI) on March 27, compared to about $100/bbl last summer.

“The divestment trend from onshore and marginal fields will likely continue but deal terms are likely to be altered by changing market fundamentals,” Barclay said. “Domestic financing contribution is likely to prove particularly challenging with several local banks either restricted from accumulating further exposure to the sector due to the single obligor limit, or restricting new lending due to broader liquidity issues.”

Despite the divestment trend from some assets, the oil majors still hold considerable interests in Nigeria and in particular, see great potential in offshore development if the fiscal terms can be changed to an acceptable level, he said.

But low oil prices have caused companies to curtail spending. Even the Nigerian government has ordered its joint ventures to reduce their budgets by 40% as a precautionary measure, the GlobalData analysts said.

Barclay noted that Nigeria’s oil sector has been stagnant in recent years due to insecurity and regulatory uncertainty.

“The oil price drop has exacerbated these conditions, limiting short-term prospects for major investment in offshore development and weakening the commercial fundamentals of some of the smaller onshore fields. A major turnaround in Nigeria’s oil industry appears unlikely under current oil prices,” Barclay said.

However, the low oil-price environment is not all bad news for Nigeria.

“In the short-term, the oil price drop reduces the criminal incentives for large-scale oil theft and this may moderately reduce bunkering levels,” Barclay said. “The oil price downturn changes industry fundamentals, improving the attractiveness of investment in Nigeria’s flagging refinery sector which has long suffered from neglect."

“In all these areas, political pressures and entrenched vested interests will likely impede prospects for far-reaching reform, but there is at least scope for some constructive progress,” he said.

So what will it take to transform Nigeria’s oil and gas sector given challenges within and outside the country?

Okunna and Gatdula said passage of the PIB will go a long way. “This will ensure that investors have confidence in the sector’s stability in order to invest; however, the Nigerian government needs more political will to encourage and pass the bill,” they said. “It is pertinent to ensure peace and stability within the Niger Delta, to avoid a return to the militancy era, which cost both government and the IOCs a substantial amount of resources.”

Besides a resurgent oil price, stability in the Niger Delta region and sector reform will shape fortunes in Nigeria’s oil industry, Barclay said.

“The Niger Delta will always provide a complex security environment in which to operate but provided broad stability is maintained, many of the challenges faced will remain manageable with the right measures in place,” he said.

Contact the author, Velda Addison, at vaddison@hartenergy.com. Update: Buhari won the presidential election March 28, with about 52% of the vote, according to media reports. 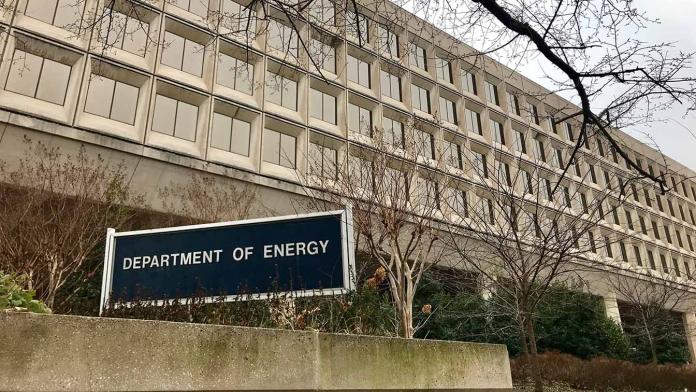 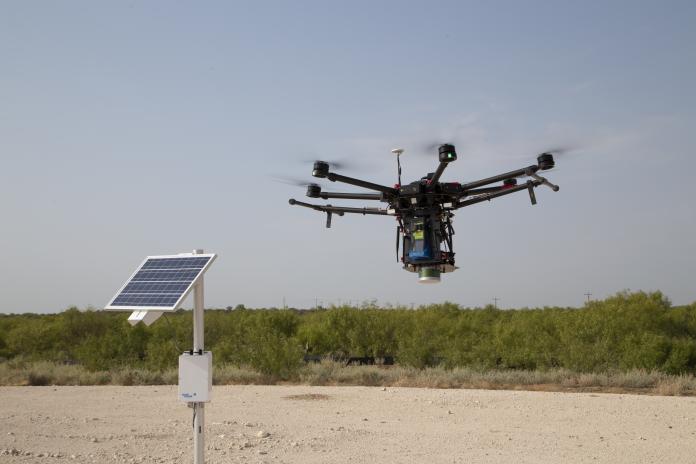 How Smart Solutions Can Resolve the Industry’s Methane Leak Woes