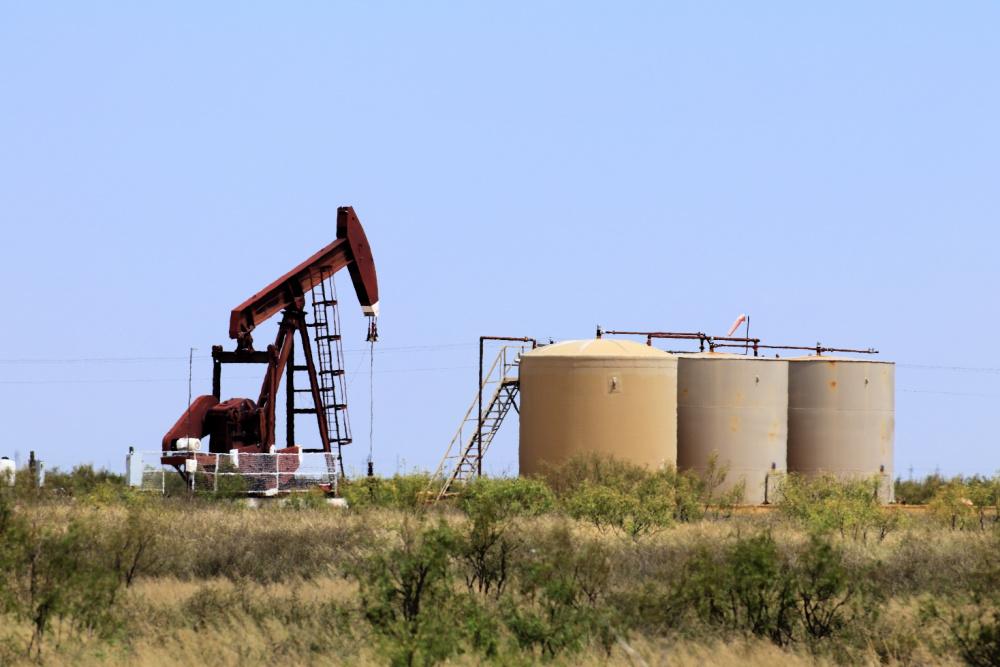 The current level of U.S. gas rigs marks a 48% increase compared to the 112 rigs in operation on Jan. 31, 2020 when the U.S. Health Department initially declared a public health emergency related to COVID-19, the EIA said. Pictured, pump jack and oil storage tanks in the Permian Basin. (Source: Shutterstock.com)

Average dry natural gas production in the U.S. is forecast to rise 3% by the end of 2023 as U.S. producers continue to boost the number of gas rigs in operation, according to the Energy Information Administration.

Growth in dry gas production to date and further increases will be driven by U.S. producers looking to take advantage of higher domestic prices. Meanwhile, exporters continue to eye robust gas prices in Europe amid heightened demand for U.S. LNG exports as the EU seeks alternative energy sources other than Russia after its military invasion in Ukraine.

As of Sept. 9 there were 166 gas rigs operating in the U.S., according to Baker Hughes Co.

The current level of U.S. gas rigs marks a 48% increase compared to the 112 rigs in operation on Jan. 31, 2020 when the U.S. Health Department initially declared a public health emergency related to COVID-19, the EIA said. The number of gas rigs in operation reached a low of 68 rigs on July 24, 2020, the lowest level recorded by Baker Hughes data, which dates back to 1987.

The number of rigs in operation in Haynesville rose over 50% between January and August. In the Appalachia region, there were 48 gas rigs in operation at the end of July, just short of the 51 operating at the start of the pandemic.

In the Permian Basin where most gas production is associated with oil producing wells, producers continue to “respond to fluctuations in the crude oil price when planning their rig deployment,” the EIA said. Oil rigs in the region have been rising from lows seen in 2020 but are still 15% lower than the pre-pandemic tally of 406 rigs reported on Jan. 31, 2020.

The EIA is forecasting U.S. gas consumption will average 86.6 Bcf/d in 2022, up 3.6 Bcf/d compared to 2021 due to rising demand across all consuming sectors. Consumption is forecast to decline by 1.9 Bcf/d in 2023 “because of declines in consumption in the industrial and electric power sectors,” according to the forecast revealed on Sept. 7 in the EIA’s Short-term Energy Outlook.

Freeport LNG Not to Reach Full Capacity until March 2023