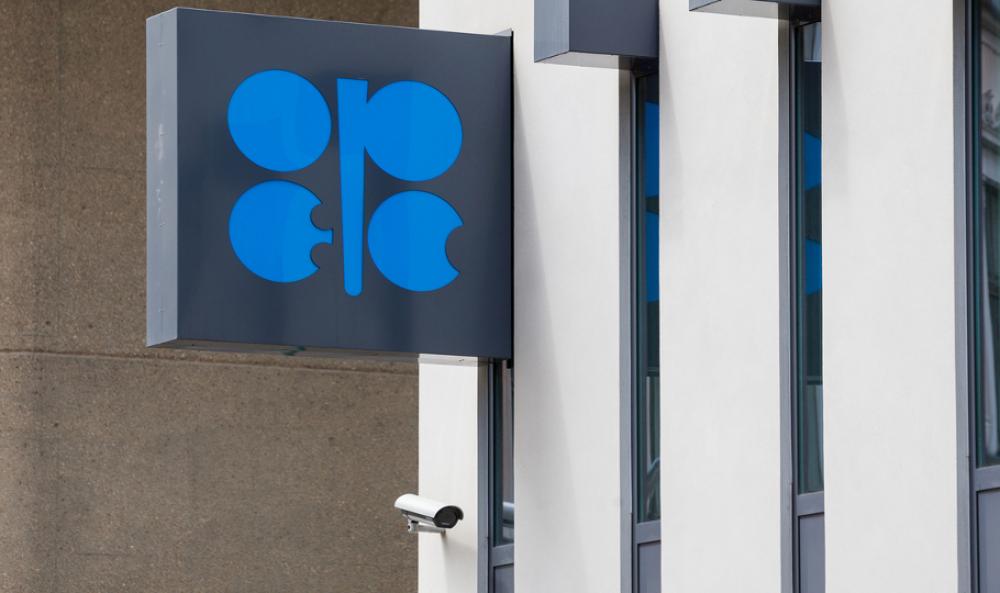 U.S. shale players aren’t the only ones suffering declining revenues and low commodity prices that just can’t seem to climb above $50/bbl and stay there.

OPEC member nations are feeling it in the pocketbook too, according to data released Aug. 26 by the U.S. Energy Information Administration (EIA).

As challenging market conditions linger, the EIA forecasts net oil export revenue for OPEC members will drop nearly 55% to $341 billion compared to 2014. That’s worse than 2015, when OPEC revenue plummeted by 46% to $404 billion, the lowest level since 2004, the EIA said in a report Aug. 26. The bleak outlook is based on EIA oil price forecasts, which are mired in uncertainty given the continued depressed market.

Revenues declined as oil prices—the main culprit for the fall—tumbled from a high of $112/bbl in June 2014 to $38/bbl in December 2015. Nevertheless, supply continue overshadow demand. In second-quarter 2016 world oil production stood at 95.93 MMbbl/d, outstripping demand of 95.62 MMbbl/d, according to the International Energy Agency.

After the monthly Brent spot price sank even more—as did the WTI—in early 2016, crude rebounded to about $50/bbl. Factoring into OPEC’s lower revenues were unplanned production outages.

“Some of these outages are the result of political factors, such as the sanctions-related production shut-ins in Iran between 2011 and early 2016, when roughly 0.8 million barrels per day [bbl/d] remained off the market,” the EIA said. “In Venezuela, crude oil production has declined sharply since the end of 2015, as oil service companies have largely stopped work in response to a lack of payment by state-owned Petroleos de Venezuela S.A., and oil production may continue to decline in the near term.”

Outages in Nigeria, where militant attacks targeting oil and gas infrastructure led to shut-in production, also contributed to the declines. Nigeria’s net oil export revenues were cut in half, falling from just over $78 billion in 2014 to about $39 billion in 2015, according to EIA data.

In the six months since the bombing of the subsea Forcados pipeline, the first major attack on oil infrastructure in Nigeria, dozens of attacks have taken place, resulting in outages of more than 700,000 barrels per day, Reuters reported. Nigerian government officials are reportedly planning to meet with militants, who want more of the country’s oil wealth to go to the impoverished Niger Delta region, in hopes of discussing the matter.

Farther north, “Libya has struggled to maintain crude oil production and exports since the fall of the Qaddafi regime in 2011, and more recently, opposing factions have clashed for control of the country's oil export terminals,” the EIA said. “The resulting lack of available oil export outlets has necessitated that most of the country's production capacity remain shut in.” 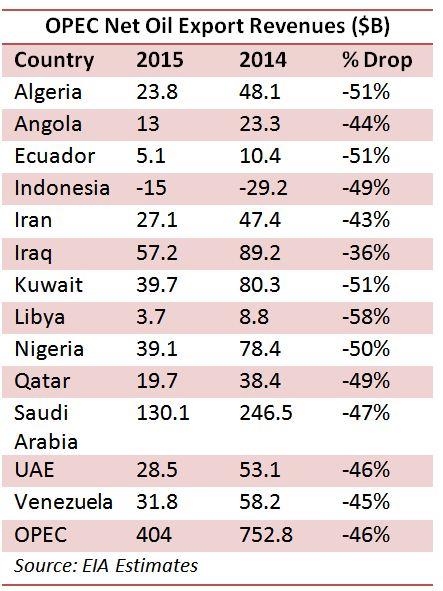 Other OPEC members’ economies have been hurt as well although their pain has been buffered somewhat by large financial reserves. But even well-off Saudi Arabia, Kuwait, Qatar and the United Arab Emirates have advocated a production freeze that stalled on Iran’s refusal to cooperate.

“OPEC members’ 2015 net oil export revenue was at the lowest level since 2004, with significant implications for the fiscal condition of member countries that rely heavily on oil sales to fund social programs and to import other goods and services,” the EIA said. “In inflation-adjusted terms, OPEC net oil export revenue totaled $606 per person in 2015, down 83% from the 1980 level of $3,500 per person.”

However, the EIA forecasts OPEC’s oil export revenues to increase in 2017 to $427 billion as commodity prices improve.

US Solar Industry Warns of Slowdown Due to Supply Chain Disruptions, Tariffs

2022-04-29 - A slowdown in the solar industry’s growth could pose a threat to the Biden administration’s climate goals, which include decarbonizing the U.S. power sector by 2035 through the widespread adoption of wind and solar energy.

2022-05-04 - “We hope our program will be able to streamline the process and allow for the timely issue of Class VI permits,” Leslie Savage, Texas RRC’s chief geologist, said in a statement referring to carbon capture and storage wells.