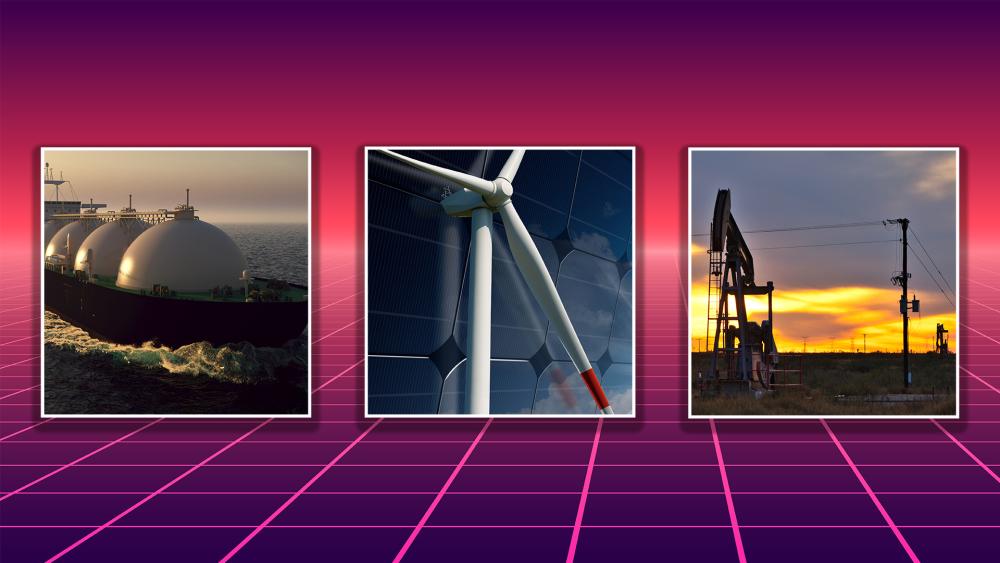 Significant production growth in crude oil, natural gas and NGL, combined with slow growth in consumption, have changed the import/export paradigm that’s been in place since 1953.

“The headline is that the United States produces approximately 10.9 million barrels per day [MMbbl/d] of crude oil in 2018, passing the 10 million barrel mark for the first time and surpassing the 1970 record of 9.6 MMbbl/d,” said EIA Administrator Linda Capuano.

But the outlook’s reference case goes further, showing peak U.S. crude production of about 14 MMbbl/d in 2027 and remaining at that level through 2040 before declining a relatively slow decline to 2050. The reference case assumes 1.9% compound annual growth in U.S. GDP and a crude oil price of $108/bbl in 2050. The 2018 Outlook projected net exporter status in 2022 and the 2017 Outlook projected that status in 2026.

Natural gas production is coming off a record year of 30 trillion cubic feet, with exports averaging 3.3 billion cubic feet per day (Bcf/d) and outpacing imports. The EIA expects gas prices to remain low in the study’s time frame to 2050 as solar and wind power gain share in the relatively flat U.S. electricity market.

NGL production benefits from the growth in crude oil output and rises to 6 MMbbl/d in 2029 in the reference case, more than double 2018’s output. In the high oil price case, NGL and crude production decline when cost increases kick in following the spike in drilling and resources become less easily accessible.

Much of the growth in natural gas production is actually a function of LNG exports, the EIA said. The global price of LNG is linked to oil, even though that link is fading over time. When the price of oil is high, the U.S. is very competitive on the global market because the higher price allows shippers to cover the cost of transporting crude and maintain margins. Increased drilling for oil results in increased production of associated natural gas.

While EIA restricts itself to projections and stays away from predictions or comments, panelists at a discussion following the announcement at the Bipartisan Policy Center in Washington, D.C., were not as reticent.

“I have no problem whatsoever with gas trending the way it does,” said Colette Honorable, a former Federal Energy Regulatory Commission member. “Given the very strong onslaught of renewables that we will see, we need that gas so that’s very encouraging to me.”

Arshad Mansoor, senior vice president for research and development at the Electric Power Research Institute, lauded the EIA’s projections but noted that the study was not intended to include disruptive factors such as a rapid ramp-up of electric vehicles (EVs). Battery costs for EVs were about $800 per kilowatt hour (kWh) several years ago but are now down to the range of $100 to $150. There is every reason to think engineering innovation will lead to $50 a kilowatt hour, he said, leading to a future where energy efficiency is a driver of GDP growth.

“We will be an energy exporter but we do that with a lower cost to customers, Mansoor said. “It seems too good to be true, but that’s what electrification provides to customers.”

Other takeaways from the study:

Here’s a quicklist of oil and gas assets on the market including the sale of producing mineral and royalty interests in Karnes County, Texas, plus a Wagner Oil package of certain South and East Texas properties.

Here’s a quicklist of oil and gas assets on the market including the Parsley Energy Big Tex asset in the Permian Basin, plus the sale of certain operated producing properties primarily in the Ark-La-Tex and Midcontinent region by Urban Oil & Gas Group.

Here’s a quicklist of oil and gas assets on the market including a package of Midland Basin royalty properties in West Texas primarily operated by CrownQuest and Pioneer Natural Resources.