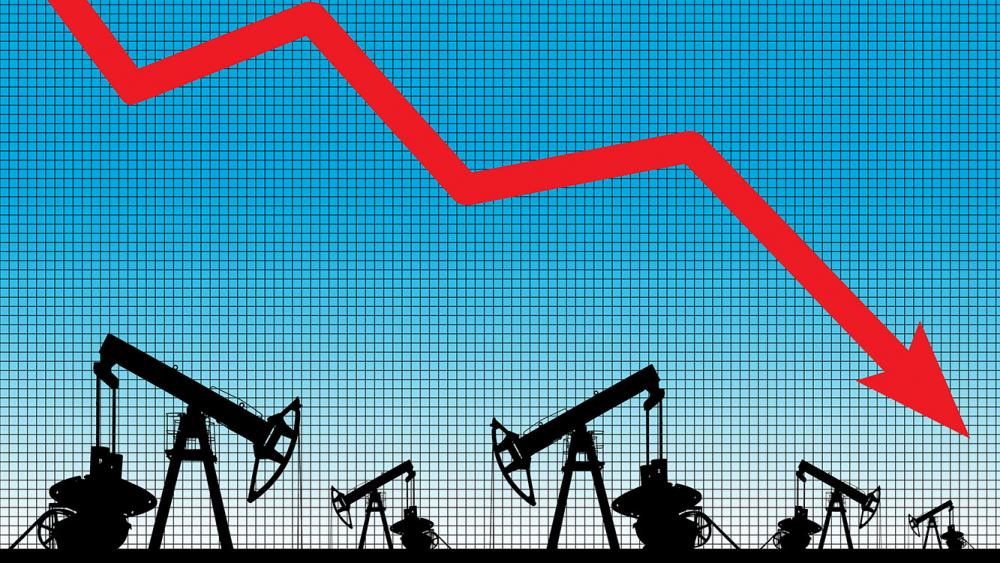 Weakened U.S. and global economies and higher production will lead to price cuts in 2023 of 10.6% for WTI and 9.8% for Henry Hub natural gas. (Source: Shutterstock)

The U.S. Energy Information Administration (EIA) slashed its 2023 estimate for the benchmark WTI average price by 10.6% to an average of $77.18/bbl in its forecast released Jan. 10. Henry Hub natural gas will average less than $5/MMBtu for 2023, a 9.8% reduction from EIA’s December forecast.

Industry analysts differed, with some less bearish than the EIA and saying the new year was off to an “ugly” start.

The forecast is based on expectations of anemic GDP growth of 0.5% in 2023, with growth only returning after contractions in the first and second quarters, the EIA said. Household consumption will drive a 1.9% increase in GDP in 2024, which will bolster energy consumption by 1%.

The EIA’s short-term forecast contrasted with bullish expectations from Enverus Intelligence Research. The consultancy forecast prices for global benchmark Brent crude oil of $83.10/bbl of $98/bbl in first-quarter 2023 to $108/bbl in the fourth quarter.

“We see more reasons to be bullish [on] oil prices than bearish, with global oil supply constraints set to keep balances tight despite a pronounced global economic downturn,” Bill Farren-Price, director of the Enverus subsidiary, announced in the forecast. He added that high prices amid a sputtering global economy could mean longer-term risks for oil because those prices could deepen and prolong an economic recession.

“The largest source of non-OPEC production growth over the forecast period is the United States, which contributes 40% of growth in 2023 and 60% of growth in 2024,” EIA said. U.S. growth will be driven by increases in crude production in the Lower 48, mostly in the Permian Basin.

The production growth will keep prices in check even as consumption increases, the EIA said. That will result in global record liquids consumption of 102.2 MMbbl/d in 2024 if things pan out as expected.

Prices for both crude oil and natural gas slumped during the second half of 2022 as inflationary pressures forced consumers to cut back on driving, and releases from U.S. and international strategic petroleum reserve programs mitigated tightness in global markets, the EIA said.

“This is as ugly a start to a new year for oil as we can remember,” Piper Sandler analysts wrote in their Jan. 5 research note. Their interpretation of the late-year rally—a 13% jump from Dec. 9 to the end of the year—is that “parts of the market want to look through the current weakness at the bullish balances for the year as a whole.”

On a global price basis, the spread between WTI and Brent widened to $5/bbl in 2022, compared to $3/bbl in 2021. EIA attributed the change to a strong demand in Europe to replace crude oil that was supplied by Russia prior to its invasion of Ukraine in February.

The Henry Hub price of natural gas, which fell below $4/MMBtu in January, will surge above $5/MMBtu later in the month and remain there through February as temperatures decline and exports resume from Freeport LNG, boosting demand for gas.

The EIA predicts growth in natural gas production from 98.02 Bcf/d in 2022 to 100.34 Bcf/d in 2023 and 102.29 Bcf/d in 2024. Growth will come from both the Permian and Haynesville pipeline infrastructure as expansions are completed this year and next. Among those projects are the Gulf Coast Express expansion, Permian Highway expansion, Whistler Pipeline expansion, and in-service of the Matterhorn Express Pipeline in third-quarter 2024.

2022-12-19 - A blizzard crossing the northern United States is causing oil and gas wells to suffer freeze-ins, leading to a decrease in production.