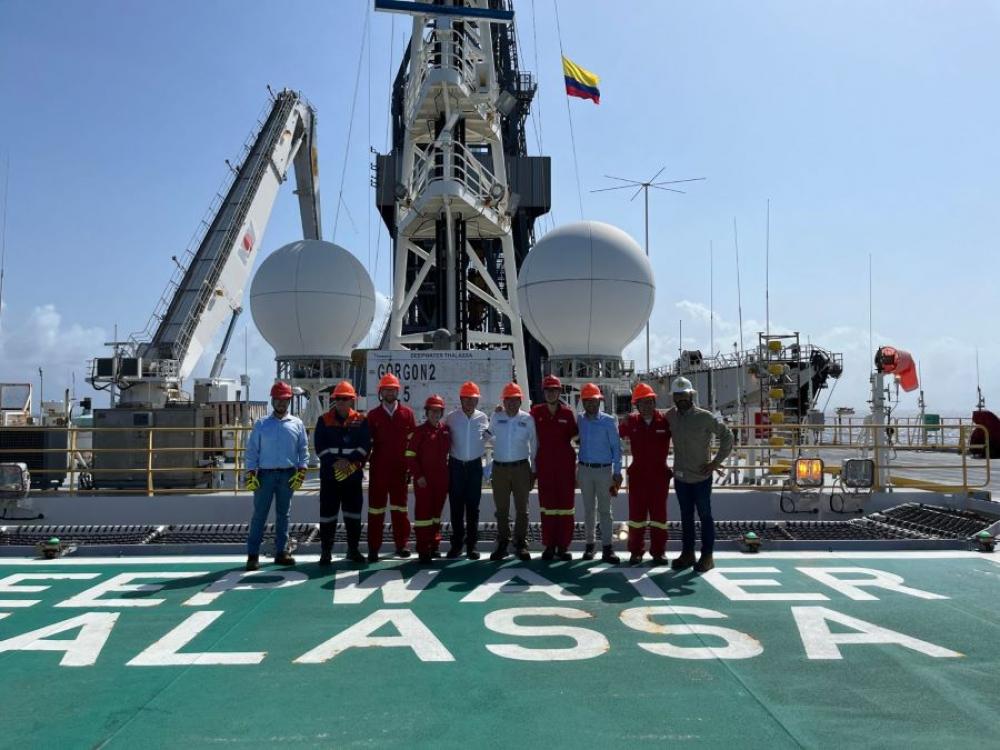 Gorgon-2 confirms the extension of the gas discovery made at Gorgon-1 in 2017, Ecopetrol announced Aug. 10 in a press statement. Earlier finds at the Kronos-1 well drilled in 2015 and the Purple Angel well in 2017 were also made in the same gas province, the company added.

“However, it's still too early to declare commerciality given the water depths and absence of infrastructure,” Welligence Research Analyst Omar Rios wrote August 10 in a LinkedIn post. “Furthermore, President [Gustavo] Petro will now have to contemplate the impact of proposed tax reforms and the country's growing need to replenish its rapidly depleting gas reserves.”

Colombia’s oil and gas reserves are only enough to last 7.6 years and eight years, respectively, at current production levels. These single-digit figures offer little by way of energy security. Colombia’s new president Gustavo Petro has proposed transitioning the South American country’s economy from fossil fuels to renewables as part of a push to combat issues that contribute to climate change.

“The result is a step towards establishing a critical mass of resource in this part of the Caribbean Sea…[and] with the country's gas reserves declining, the deep waters offshore are a big hope and this news is on the back of Petrobras’ recent Uchuva find,” Rios said.

Development of the gas province could significantly assist Colombia in terms of its energy security, which is in question due to a lack of significant discoveries and limited gas reserves. Gas that could flow from Gorgon-2 and other wells in its vicinity is “a fundamental energy source for the energy transition that Ecopetrol has been developing” while raising “the possibility of future gas exports,” the Bogota-based NOC said.

"This result from the Gorgón-2 well will allow us to advance the evaluation of these findings in the southern Caribbean,” Ecopetrol CEO Felipe Bayón said in the statement. “In the case of an eventual development, [this] will allow Colombia to increase its gas reserves and supply the growing demand for this fundamental energy necessary for the energy transition that Ecopetrol and the country have undertaken.”

Gorgon-2 is located 70 km off Colombia’s coast in the Col-5 block. Cartagena is the closest major city with existing gas pipeline infrastructure.

Transocean’s state-of-the-art Thalassa Deepwater vessel was used to drill Gorgon-2. The well is the deepest drilled in Colombian waters, reaching the seabed at approximately 2,400 meters. The total depth of the well was over 4,000 meters, Ecopetrol said. In comparison, Kronos-1 reached the seabed at 1,584 meters, Purple Angle-1 at 1,835 meters, and Gorgon-1 at 2,316 meters.

Ecopetrol holds a 50% interest in Gorgon-2 while Shell Colombia, the operator, holds the remaining 50%. Both companies partner in the Colombian blocks Col-5, Fuerte Sur, and Purple Angel in the southern Caribbean with a 50% participation each.

2022-07-15 - Abraxas Petroleum Corp. retained EnergyNet for the sale of a Delaware Basin opportunity in Pecos County, Texas, through a sealed-bid offering.