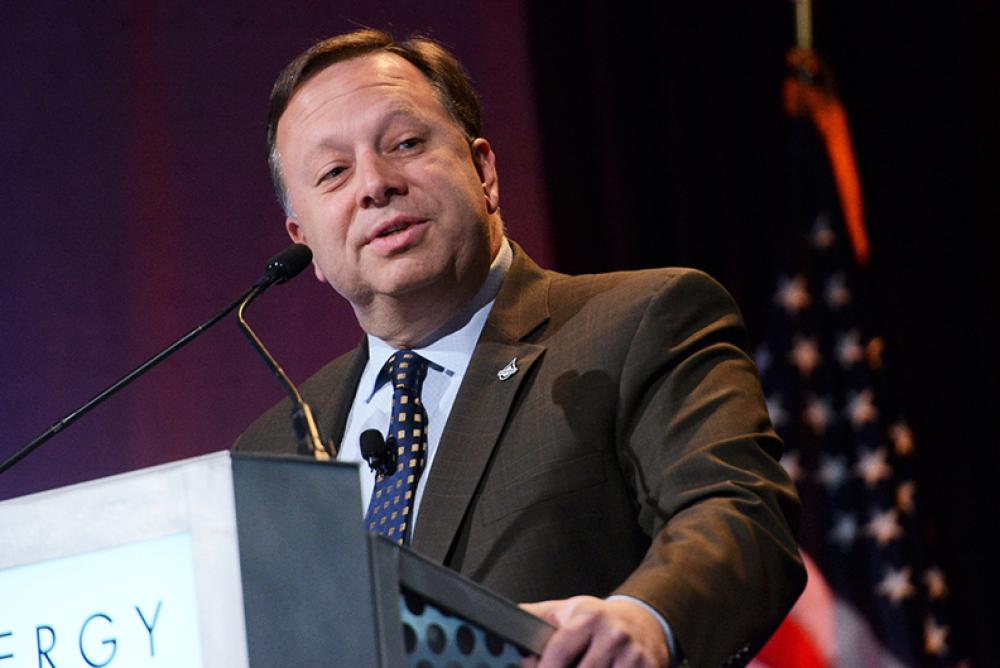 DENVER—Whiting Petroleum Corp.’s president and CEO, Brad Holly, kicked off Hart Energy’s DUG Rockies Conference & Exhibition April 25 with a discussion of the E&P’s game-changing strategies in the Williston Basin. But an additional narrative hook came during the post-presentation Q&A, when Holly said Whiting’s 100,000-acre holdings in the northeastern D-J Basin—its Redtail assets—are in the data room.

The regulatory environment in Colorado is “challenging,” he said, though the recent uplift in oil prices helps. Still, “differentiating results come from Tier 1 rock and Tier 1 operations. We feel like we’ve got that Tier 1 position in the Bakken, and we’re really going to go to work on focusing all of our attention on the Bakken in North Dakota at this time, as a Bakken pure play.”

With WTI oil prices at some $68 per barrel (bbl) the day the conference kicked off, Bakken returns were looking good.

Since he joined Whiting in mid-2017, Holly said, the Williston Basin’s activity and economics have been rebounding; now, oil and gas companies must focus equally on how to recapture the investment community’s interest.

Holly said there are compelling reasons to back the Bakken. Operators’ enhanced completions there have driven performance to nearly a 100% improvement in EURs and IPs, he said. EURs have risen from 500 to 600 Mboe to more than 1 MMboe since 2013.

“The Bakken core has some of the best wells in the U.S. It generates strong free cash flow,” he said. He referenced public data showing that since 2008, wells that have at least a 700-bbl IP for 30 days, drilled for $6 million to $8 million per well, have generated a 50% to 60% rate of return. This is in the four-county Bakken core.

Further, it’s a “true oil play,” he said. Just as important, the play no longer has to sing the differential blues. The days when it was penalized by its remote location and insufficient pipeline takeaway are no more. “With Dakota Access pipeline and other pipes out of the Bakken, its now very competitive with the rest of the sources in the U.S. It’s changed the game for the Bakken.”

Other positives: less competition for services in the Bakken than in more fast-growing plays and basins, and a “collaborative and reasonable” regulatory climate. “It’s a stable platform,” he said.

Additional oil takeaway capacity has arrived and should be sufficient for some time. “In February, production in the basin was 1.2 MMbbl/d, and the current rail takeaway is 1.5 MMbbl and for pipelines, 1.4 MMbbl/d.” Operators can send their production to the West, East and Gulf coasts.

Natural gas is another story. Here, production is also rising, to a new all-time high of 1.2 Bcf/d in February, so the industry needs additional plants. Holly said some $3 billion in midstream infrastructure projects has been announced for completion in the next 18 months. “Oil is not decreasing, we’re just generating more gas along with it,” Holly said.

The Bakken’s more measured growth has insulated it from the significant spikes in service costs already experienced in Texas and Oklahoma, he said. To preserve economics, Whiting “went long” with its service providers, Holly said, so it’s not anticipating price increases this year. This factor is helping to drive outperformance.

Whiting’s biggest challenges include the need to expand inventory. Wells since 2008 producing at least 700 bbl/d are all in the four-county area where it and others currently focus. “The real goal of Bakken operators is to try to expand this,” he said.

“We see oil in place that is significant and is recoverable outside the current boundaries of the field, so we are looking at how to use completion technology to get at that effectively.”

Takeaway issues mean that Whiting’s rigs are spread out, with one in Mountrail County, one in Williams, and two in McKenzie. “If you bunch, you’ll have a problem of takeaway. Whiting’s well performance is over a wide geographic area which makes us feel good about our play.”

A cautious approach is warranted, as interference is a challenge. “You can’t get overly aggressive with DSUs or spacing,” he said.

South of the river, Whiting is closely watching the performance of new wells for signs of interference against its 1 MMbbl type curve. These new wells were tracking a 1 MMbbl type curve for 50 days, and then with effective stimulations moved north of that. After a year, they were producing about 16% higher than that type curve.

North of the Missouri River, in Williams County, production from new wells trailed that type curve initially but at 100 days was besting it and gaining ground, posting about 10% over the type curve after a year.

In Parshall Field, which may have been overdrilled initially, Holly noted, eight to 10 wells were put down per DSU. Sanish Field, on the other hand, “has more oil in place than anywhere else in the Bakken and had two to four wells per DSU. We’re doing true infield drilling here, adding wells among existing wells.”

Over two years, the oiliest area there trailed the 100 MMbbl type curve, but at 200 days it gained ground, taking 400 days to cross the type curve. Now after two years the wells are cum’ing about 150,000 bbl and tracking above the type curve. Further, the company is seeing significant increases in production when restimulating parent wells in addition to the child wells.

Whiting is modeling and rightsizing every completion, mining data and using high-end models on every fracture design. Holly offered an example of five wells in the same DSU from 2012, where 3 million pounds of sand had resulted in a cumulative 35,000 bbl. of oil after one year. In 2015, Whiting went back in and pumped 7.5 million pounds of sand, boosting the cumulative amount to more than 300,000 bbl. Holly emphasized, however, that increasing the amount to 7.5 million pounds didn’t result in more barrels. Instead, the company concluded, it was losing that sand to nonproductive horizons.

Thus, it’s important to rightsize the completions in the Bakken, and it’s also critical to keep the frack in the Middle Bakken zone. Go higher, into the Lodgepole, and the water cut soars.

Whiting was overlevered in past years, Holly said, so it is working to reduce debt, cut costs (it’s achieved a 25% cost reduction over a four-year period), and capture the benefits of rising oil prices and improving differentials to generate cash flow.

“As oil prices go up, our goal is double-digit growth while returning cash to investors,” he said. “In fourth-quarter 2017, we generated 100 million in cash flow back to our business.

“We’re enjoying $68 oil, but we need to get costs to where if we get into the $50s again, we can generate an investment scenario.”

Whiting has a strong hedge position to protect its cap-ex program. “We are hedged so we could commit to services; we are long on rigs, long on completion crews, and we also locked in steel prices before the tariffs. Working with others, we’re trying to keep the services we have in North Dakota, because if they are lost to the Permian or elsewhere, they’re hard to get back.

“We have a long-dated view in the Bakken; we plan to be there for decades.”

CenterPoint Energy recently tapped David Lesar, the former head of Halliburton, to lead the Houston-based electric and natural gas utility company through its next phase of growth.