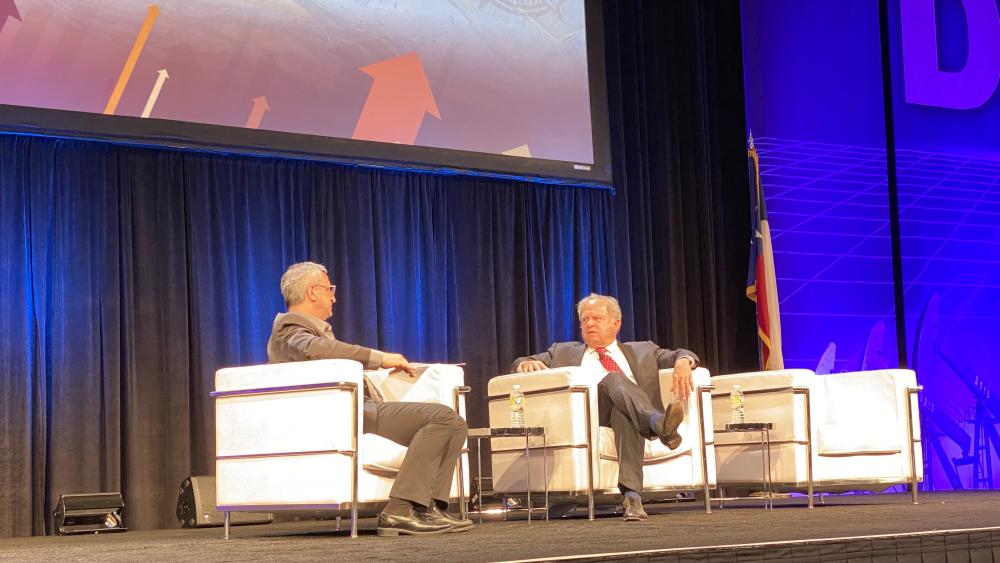 FORT WORTH, Texas—The E&P sector in the U.S. has made such strides in recent years to accommodate shareholder demands for returns and emissions mitigation that ESG matters are taking a backseat to energy security fears, Pioneer Natural Resources CEO Scott Sheffield told attendees of Hart Energy’s DUG Permian Basin and Eagle Ford conference and exhibition on May 18.

Russia’s invasion of Ukraine flipped the narrative two months ago. Part of the fallout is a continent plunged into fuel and power uncertainty, propelling energy security fears above ESG matters in the view of investors and shareholders, he said.

“Nobody’s going to drop ESG, but energy security has become 10 times more important than ESG,” he said. “And we’re seeing all the changes in Europe and hopefully we’ll have an administration that'll make the appropriate changes in this country, too.”

Meanwhile, the largest pure play in the Permian Basin continues to be among the top of its peers in addressing ESG issues. Pioneer has largely led the sector in dramatically downshifting on flaring and developing technology to mitigate methane leaks, as well as leading the drawdown in growth in recent years. Pioneer’s target growth plan today targets 5%.

But that came several years after the industry became a pariah on the S&P 500 with its capital destruction and dismal shareholder returns. Five years ago, the firm targeted growth of 20%; when Sheffield rejoined the company as CEO, management lowered the growth rate to 15%. As the pandemic spread, Pioneer took the rate of growth down to 5% where it remains for now.

“Obviously, the reason we did that was to return more capital. The industry had the lowest return on capital employed among any industry in the S&P 500 for the last 10 years,” he said. “Now we’re contributing 8% to 10% of the earnings on the S&P 500—that’s the energy sector.”

The 5% cap on growth makes it easier for the firm to manage the ups and downs of the industry. Investors are taking notice and finding appeal in energy stocks that have set a target on 5% growth, Sheffield said.

“It’s easier to get equipment, it’s easier to plan,” he said. “You don’t have to go up and down. When we go through those downturns [with growth capped at 5%], your staff can plan ahead, they can get the equipment needed, and then in addition, you can return 75% of your free cash flow back to the investor, which is what Pioneer is doing.”

After an exodus of investors from the space, many are beginning to regain confidence in the sector, he said.

“There is a movement, and you can see it at the largest money managers,” Sheffield said referencing BlackRock, which manages some $11 trillion worth of assets.

In recent years, BlackRock CEO Larry Fink has fired off excoriating letters to oil and gas executives urging them to take responsibility for climate impacts of their work.

Sheffield said that following several meetings with BlackRock executives in recent weeks, “You can see a mindset change at the top.”