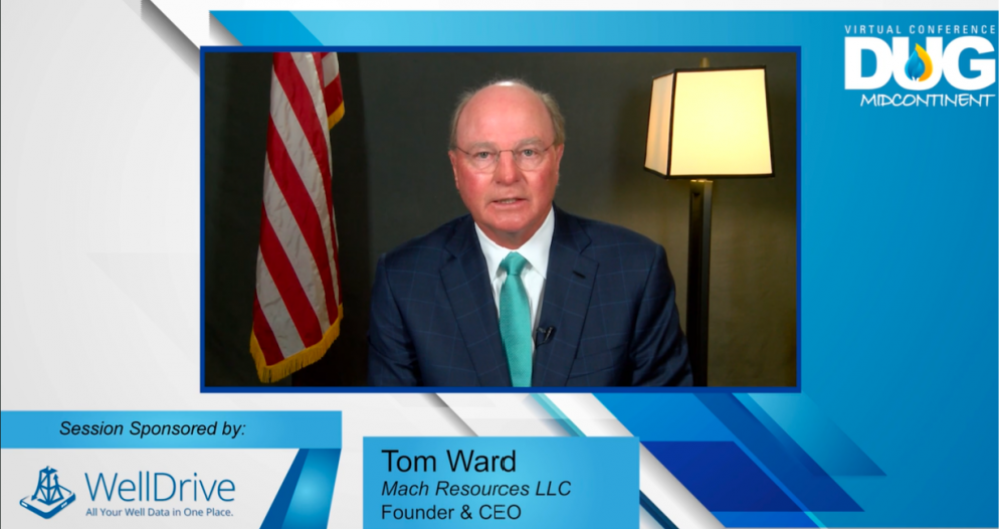 Editor’s note: You can watch all sessions of DUG Midcontinent on-demand for free at DUGMidcontinent.com.

Tom Ward, founder and CEO of Mach Resources, started off day two of Hart Energy’s DUG Midcontinent Virtual Conference by saying he thought he’d be able to give people some hope with his presentation.

While Day One centered on explaining the causes of the difficult market we all operate in today, Ward quickly painted a historical analogy that showed the industry’s been down before, but certainly not out.

The Oklahoma shale pioneer, perhaps best known for teaming with Aubrey McClendon to develop Chesapeake Energy Corp., had his share of seminal moments in his 40-year career. At one point, he said, he had to work a combine for local farmers in western Oklahoma when Penn Square Bank failed in 1982.

He told the more than 2,100 registrants of the conference that creativity and perseverance in tough times pays off. “In a time when there’s no capital, if you can put together a little, and you can have an idea, move forward with that idea when no one else is doing what you’re doing, you can make a way. You can make a living,” said Ward, who also founded SandRidge Energy and Tapstone Energy.

Ward added that things today aren’t much different than when he met McClendon and the two realized that they were the only pair in their age group competing for the same idea. “It didn’t take us very long until we started to say we just need to join up and we will have a way so that we won’t have any competition,” he said.

As for today, “This is an industry needing new capital to come in. There has to be a large consolidation of companies and they’ll move toward capital,” Ward said.

Speaking of capital, RBC Capital Markets Managing Director Grant Butkus explained where the money may come from in the future. “We think of this as being the growth phase of the industry,” he said. “During the growth phase, the innovation, discovery, are two of the key factors that investors are looking for.

“In order to continue to support companies and encourage growth you need a large number of small companies that are focused on innovation with highly technical teams,” he continued. “As you mature those individual companies need to move from a growth phase into a maturity phase. That maturity phase then shifts from growth and cost into a focus on yield.” 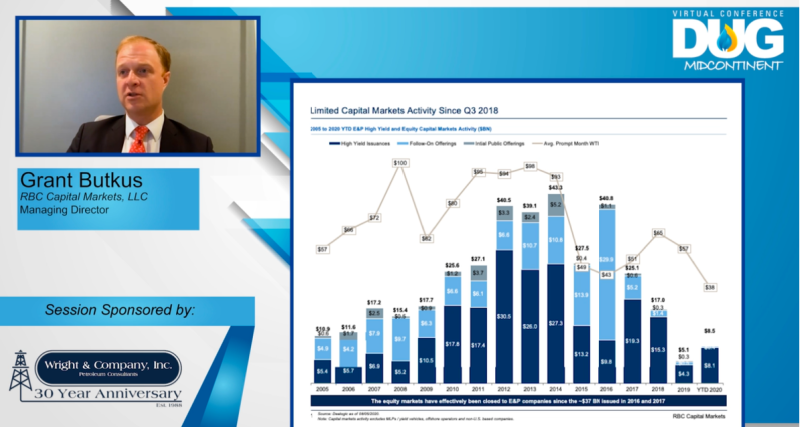 He added that, like other industries, oil and gas would then be focused on growth companies either shifting to a much more efficient development of the resource that they have discovered or being bought.

Of course, acquisitions are an area of the industry that many are watching closely. “There’s been a traumatic slowdown, unfortunately,” said Andrew Rapp, co-founder and partner at Petrie Partners. “A lot of the activity that is happening now is internal reorganizations and combinations within private equity-backed platforms that were operating in different parts of the [Midcontinent] basin.”

The basin has been especially hard. “One of the biggest areas where people have stepped away from capital, if possible with diversified operations, is a reduction in the Midcontinent,” Rapp continued. “That presents a challenge for A&D. It’s a challenge to create economic inventory and create a market where people are buying with the opportunity to spend money of profitable development.”

He added that the composition of the basin will be altered by the impending wave of bankruptcy-driven consolidation. He expects bankruptcies to continue until the commodity prices and capital markets recover.

Commodity prices are at the heart of future midstream business as well. To get there, the industry will have to have a little patience, said Stephanie Kainz, senior associate at Enverus. It could be worth it.

Kainz said the future outlook for midcontinent midstream differentials sits only 20 to 30 cents behind Henry Hub even if gas prices go to $3.50. 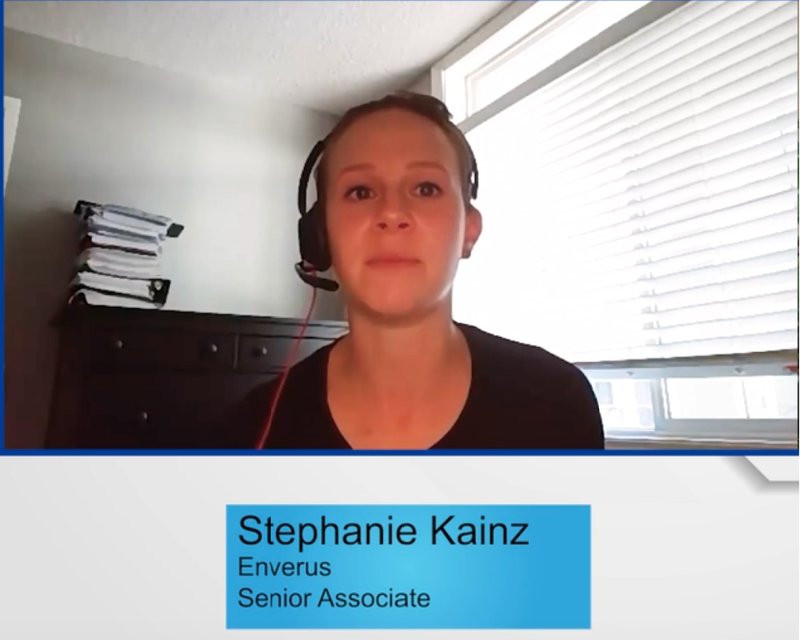 For now, the watch is on for silver linings, or indicators, for the Midcontinent. “It depend on how you look at it,” Kainz said. “You have seen a decline in production, but that first initial decline has come off, so perhaps you’ll have a steadier stream of gas flow, which is good for those midstream operators. It means cash flow and throughput on their pipeline.

“In terms of oil economics, it will be different if you have direct access into Cushing, but those differentials will stay tight,” she continued.

But like everything, it comes full circle, Kainz said. “The best indicator will be a shift in commodity prices.”

2022-05-05 - The sanctions proposal, which needs unanimous backing by the 27 EU countries, also includes phasing out imports of Russian refined products by the end of 2022.

2022-05-18 - With COVID-19 restrictions easing in China, oil prices are rising in anticipation of growing supply and demand concerns.

2022-05-12 - With continued releases of the U.S. Strategic Petroleum Reserve over next several months, “expect to be seeing some of those exported,” Kpler’s Smith said.