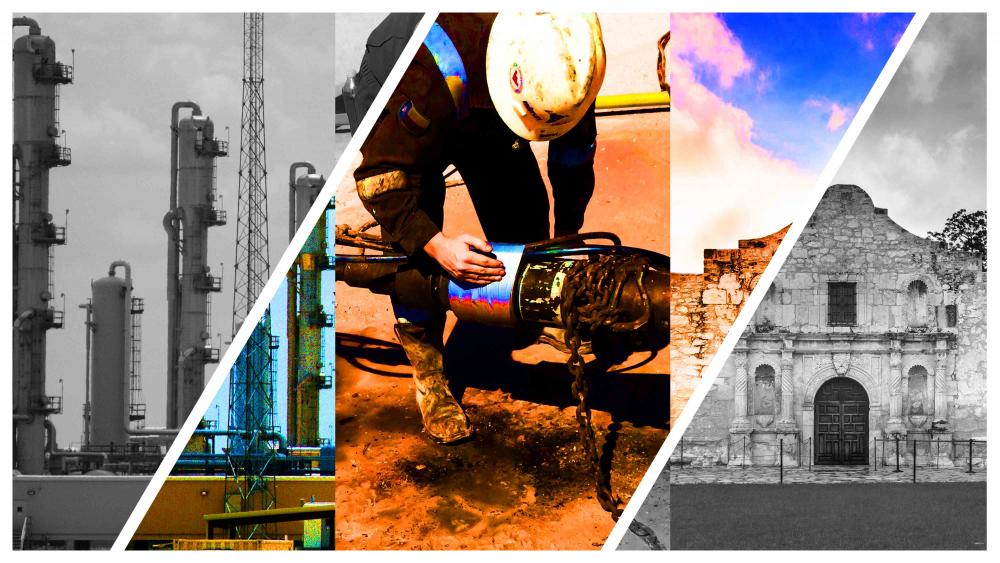 Editor's note: This story was updated at 4:35 p.m. CDT. Check back for more updates throughout the day.

SAN ANTONIO—Oil and gas executives packed the Henry B. Gonzalez Convention Center in San Antonio on Sept 25 for a closer look at the region at the annual DUG Eagle Ford conference and exhibition.

Hart Energy editors covered the event via Twitter dispatches below. You can find these updates at @HartEnergyConf.

Detailed articles, video and analysis will be available to subscribers of HartEnergy.com in the coming days.

The afternoon got off to a start with keynote speaker John Brooks, president and CEO of Penn Virginia Corp. Brooks threw out the seemingly magic word in today’s market when he told the audience of more than 1,400 delegates that PennVirginia expects to achieve free cash flow in the fourth quarter of 2019.

PennVirginia has 84,400 net acres and 510 gross locations in the Lower Eagle Ford in Gonzales, Fayette, Lavaca and DeWitt counties. Brooks said it is now running a two-rig program.

He said two areas impact operating costs: artificial lift and saltwater disposal. Penn Virginia has 80% of its wells on gas lift, and it has developed a salt water disposal system that handles 30% to 35% of its water. 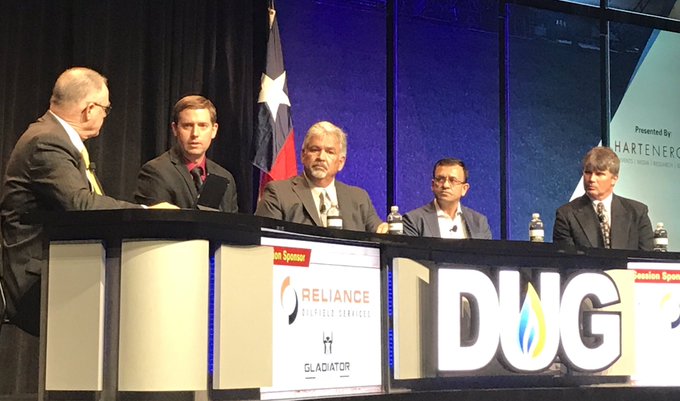 Fitzgerald said operators are looking at adjusting spacing and approaches to defend parent wells, a theme that was familiar throughout the day.

Venado Oil & Gas is a private equity-backed operator focused on liquids-rich assets in the Eagle Ford, said Branden Kennedy, CFO, who followed the technical roundtable. There has been a monumental shift from the old quick-flip model to one built for duration. “We don’t have a clock,” he said.

Venado is the new model of a private equity company because it is business- and process-driven, Kennedy said. It’s a long duration model that is focused on cash margin and returns. He said the company wants a predictable, repeatable, scalable, dependable and profitable business. 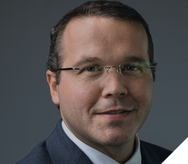 “Our neck of the woods in the Eagle Ford dry gas window competes head to head with other sources,” said panelists on the operator roundtable. “We have a leg up on everyone else with our South Texas location.”

On the oil side, it’s capital availability rather than price that is dictating activity levels, they said.

McCrady said Sundance sees changes in well productivity in its acquired assets, as its current completion designs are more intensive than what the prior operator used. In the dry gas areas, Deupree said Escondido is concerned with keeping its wells unloaded. 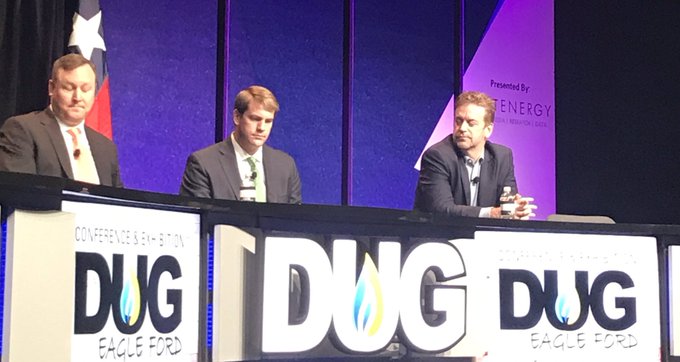 Despite a bad overall A&D market, the Eagle Ford has several positives: maturity; advantages in pricing; shallower depths; and low production costs, according to analysts on the A&D Roundtable. Bryce Erickson, Mercer Capital; Robert Urquhart, Scotiabank; and Chuck Yates, Kayne Anderson made up the roundtable.

But there are very big headwinds. With the limited capital that’s out there, A&D is competing with dividends, stock buybacks and other uses, the panelists noted. Investor sentiment is that oil prices are capped at $60 per barrel (bbl) and companies have to deliver on standard business metrics.

The panelists also pointed to the industry’s “red and green” problem. There are companies that have been in the red and have not delivered good returns in the past. Additionally, oil and gas is not perceived as part of the green revolution, with climate change concerns driving some investors away.

In the private operators panel, Charles Cusack, president and CEO of Recoil Resources, which is backed by Energy Trust Partners, said the company has acquired 70,000 net acres updip to the Karnes Trough, largely in Wilson County. It currently produces 4,000 gross bbl/d of oil from 99 wells.

Recoil is designing its completions with 2,000 lbs/ft of proppant and 2,000 gal/ft of water. It has nine producing wells in Wilson County with modern completions and three wells without completions.

On the same panel, Teal Natural Resources CEO John Roby said his company is currently producing 6,925 net boe/d. It has 21,000 net acres in two main areas, Kalo and Shiner. NGP and Pearl are the backers.

Roby said 2018 was a year with a variety of spacing approaches by operators. Lateral placement is key, he added. Teal uses advanced seismic processing and mapping techniques such as acoustic impedance and coherency to accurately place laterals in two unique lower Eagle Ford benches.

A Tale of Spacing, Strengthening And Change

Erec Isaacson, vice president of the Gulf Coast Business Unit at ConocoPhillips, opened the morning session by discussing capitalizing on complexity through technology and innovation. He said ConocoPhillips has 200,000 net acres and 1,200 Eagle Ford wells online, and has produced 375 million barrels of oil equivalent (boe) net from the play in the past nine years. But they’re nowhere close to being finished.

“We still have thousands of wells left to drill,” he told the audience.

He said the company’s SRV pilot in De Witt County, Texas, indicated recovery factors that could be further improved. There were many more hydraulic fractures than expected and many of these were not adequately propped, according to Isaacson.

So how did he propose improving recovery? He pointed to optimization of spacing and stacking as keys to maximizing value creation. He added ConocoPhillips is also refracturing early Eagle Ford wells with newer completion designs.

Isaacson said there’s been a 60% average increase in resource from refracs. Additionally, the company is additionally using refracs to defend parent wells.

Bernadette Johnson, vice president of market intelligence at Enverus, took to the stage to discuss the economics of the Eagle Ford. She said Eagle Ford rig counts have been more resilient than other plays. She also said drill times in the Eagle Ford have continued to trend down as operators have become more efficient.

The western part of the Eagle Ford had seen well spacing decreased until 2016, but recently completed wells have wider spacing, largely due to a lack of locations left in the Karnes Trough area, Johnson said. She added that 80% of wells drilled in the west of the basin today are child wells and their performance remain strong.

Crude oil breakevens in the Eagle Ford offer some of the best economics in the country, she said. The Karnes Trough has sub-$40/bbl breakevens and, in some cases, sub-$30/bbl.

The Eagle Ford is a quality place to make money, said Steve Adam, executive vice president and COO of SilverBow Resources Inc. SilverBow was focused on gas, but it has been successful in growing its liquids production by 200%, he said.

The pure play Eagle Ford operator that has the ability to allocate capital across a diversified commodity base and the access to premium Gulf Coast markets. It is focused on margins and returns, Adam said. 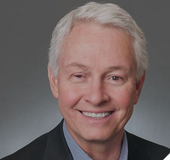 Industry analyst Tom Petrie, Petrie Partners, said the oil market has become remarkably sanguine as seen by the muted price response to the recent attack on Saudi Arabia’s infrastructure. Maybe, in his opinion, too sanguine.

He added there is still a lot to be done to tie U.S. production to the export markets, both for oil and gas. But, he said, South Texas is well positioned for the growing export trade. The emerging U.S. role as a swing producer for both oil and gas is ever more evident.

A day earlier, speakers at the Well Interference Forum discussed spacing and stacking. Mike Kelley, an analyst for Seaport Global Securities, said Wall Street now better understands well spacing. He said investors know that child well economics must be dialed back and that upscale spacing is necessary. They won’t trust IP rates and well sequencings matter to them.

Meanwhile, MicroSeismic CEO Peter Duncan told the audience at the forum that “Frac hits are a fact of life.” He said the challenge for operators is to anticipate the problem and plan effective mitigation strategies.

Bill Von Gonten Jr., president of W.D. Von Gonten & Co. Petroleum Engineering Laboratories, said operators need accurate, high-res frac models that are dynamic. “There will always be interference between parent and child wells,” he said. The key is how can we minimize that interference?

Ellen Scott, engineering advisor for Deep Imaging, explained a new type of fluid tracking technology that creates an electromagnetic (EM) field at the reservoir level. Changes to the EM field can be used to map well interference effects, she said.