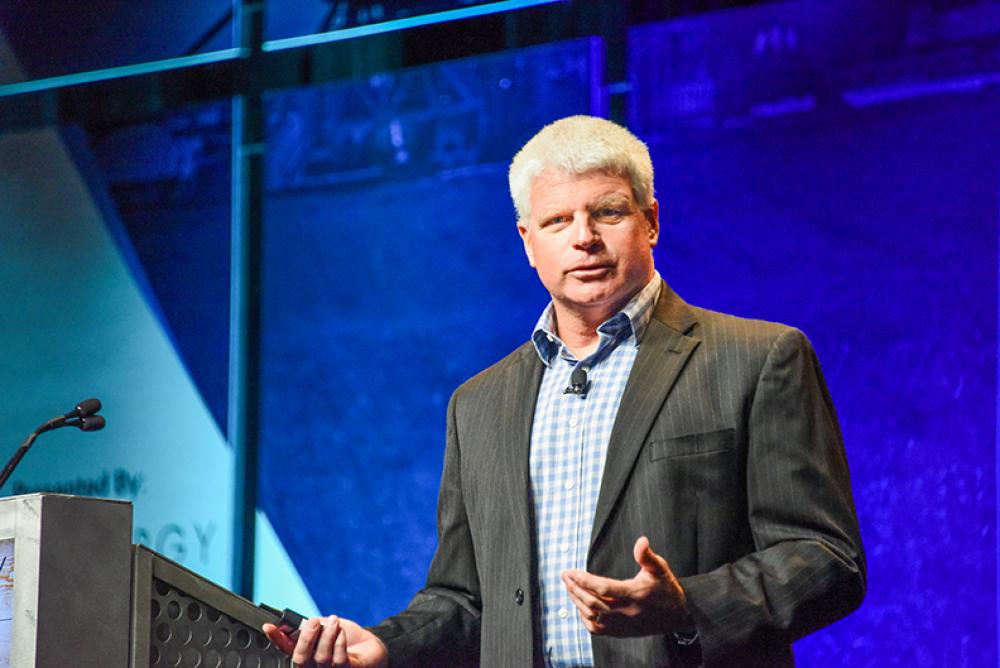 Once described as the “most perverse, contrary, incorrigible oilfield known to man,” the Austin Chalk of east central Texas has perplexed, enticed and bewitched many into developing it. Faulty to a fault, the locating and producing of the formation’s ample resources has kept wildcatters busy since 1960, with the drilling of the discovery well in what would eventually become known as the Giddings Field. Stretching across multiple counties, the Giddings Field did not see large-scale development until the late 1970s.

“The field started out with vertical drilling, but the big increase in production came when horizontal drilling kicked in in the ’90s,” Phil Martin, CEO of New Century Exploration, told attendees at the recent Hart Energy DUG Eagle Ford Conference & Exhibition in San Antonio. “And it’s produced 300 MMbbl cumulative in its time, which at $50/bbl, that’s $15 trillion it’s generated. That’s an awful lot of money, and it’s mainly been technology-derived.”

Treadstone Energy Partners is adding barrels to that cumulative figure with its work in the area. Within the Giddings Field, tucked away near the convergence point of three counties—Burelson, Milam and Robertson—lies the Hearne Field. It is there that the company found what it considered the “perfect opportunity.”

A Tale Of Two Provinces

Deepwater Gulf of Mexico is set for another year of record oil production while U.S. regulators explore ways to prevent the stranding of resources on the shelf.