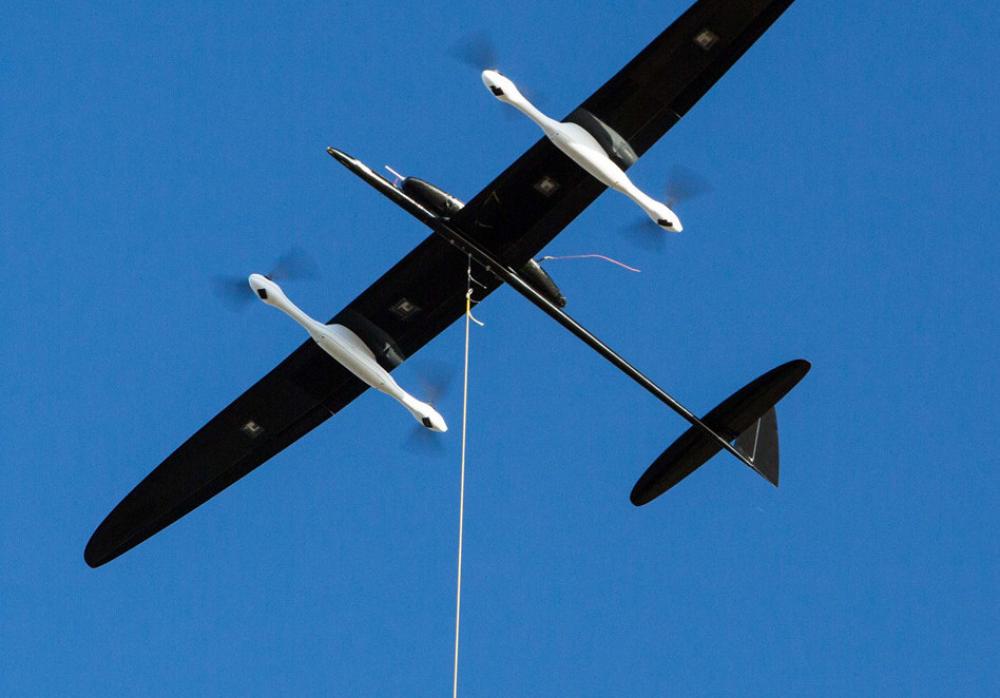 A new report, “Electric UAV Drones: Autonomous, Energy Independent 2017-2027,” analyzes the majority of unmanned aerial vehicles—the electric ones. Indeed, the few drones that are not electric because they carry very heavy payloads long distances will eventually go electric because it will give lower cost over life and greater reliability. Also, they 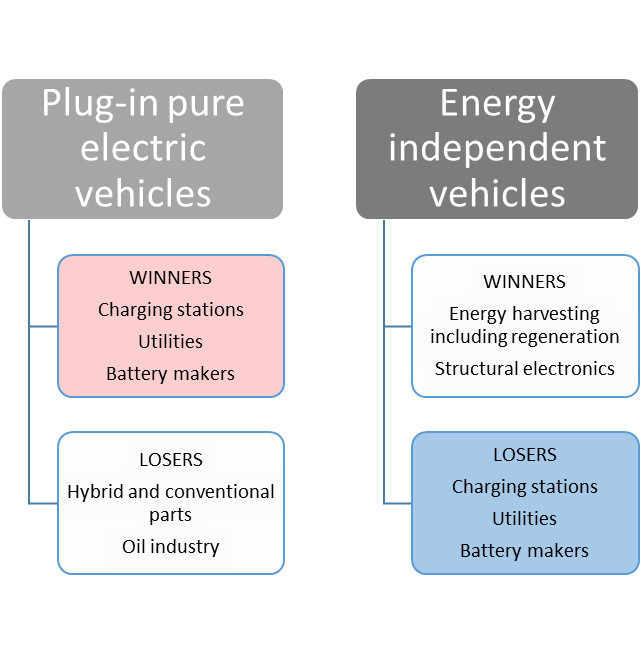 Contrary to popular understanding, the collapse of Western makers of toy drones as the Chinese dropped prices 70% in one year, despite cameras and many other features being added, is not the collapse of an industry. The leaders often are out-innovating their Western competition, which has largely retired to the lucrative world of drone sub-systems, software and services.

The Chinese companies enjoy both a toy and hobbyist hardware market that is substantial and appreciable— new sales of larger drones that they sell for a host of professional and industrial purposes such as agriculture, photography and surveying for real estate sellers and many others. Search and rescue, security, and military uses abound for these multicopters and fixed-wing aircraft that can be placed for takeoff or launched by hand. For example, in agriculture the benefits include performing hazardous, dirty and menial tasks that humans are increasingly reluctant to perform. This provides more data and precision, saves on chemicals while increasing quality and productivity, and reduces fuel consumption and pollution.

All of these drones up to 1 m (3.3 ft) across, fixed-wing and multicopter, are an adjunct to the older Aerovironment Raven and Puma series of hand-launched drones in the U.S., which still sell well and that can be autonomous or radio-controlled. Aerovironment alone has pulled in about $100 million for these. However, the ability for Amazon drones to deliver parcels commercially in cities anytime soon is unlikely because the problems of autonomy are worse than those for autonomous cars in cities. The delivery drones have that challenge in full 3-D, which is even tougher. 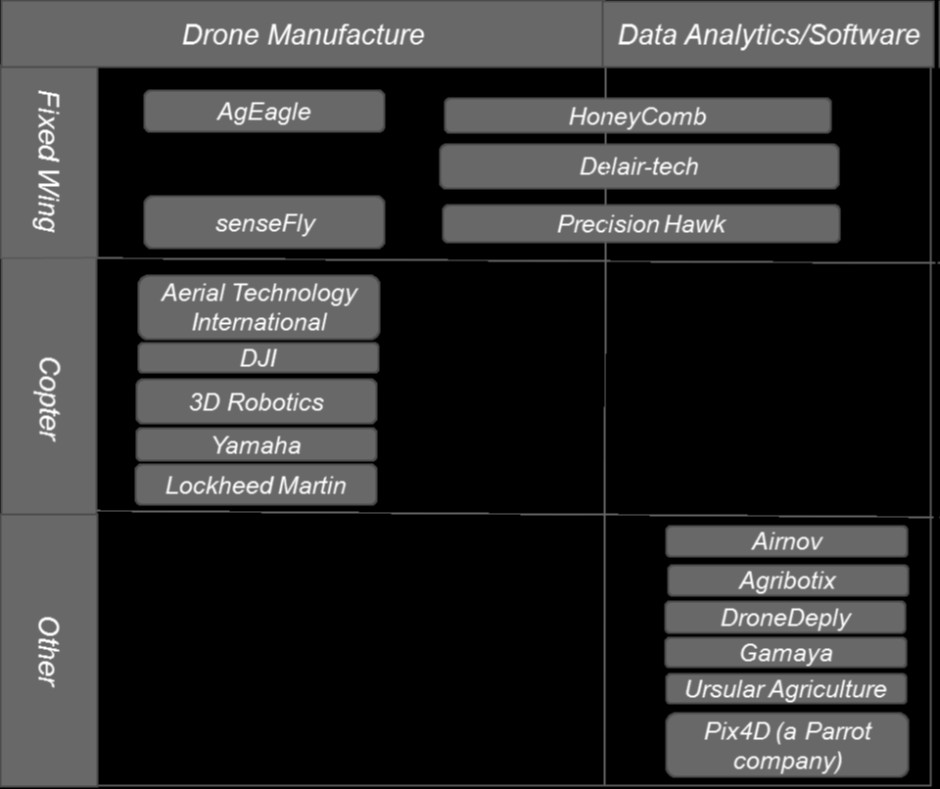 The big business is moving to even larger drones. This is an amazing world of tethered and upper-atmosphere drones, some staying aloft for years on sunshine alone. Some tethered drones create 30 kW to 600 kW of electricity by grabbing the more consistent winds above the height that a ground-based wind turbine can access. The power of those winds is four times more. Such tethered craft range from several meters across up to the size of a jumbo jet (though much more spindly), in that case with eight huge propellers getting the drone to altitude and then becoming wind turbines. These technologies used to be mostly based on cloth kites and then moved to semi-fixed aerofoil wings, but a melding of fixed-wing and multicopter technology makes them a more controllable, efficient aircraft, even able to autonomously take off and rise to position when there is no wind at all at ground level.

Huge spider-like fixed-wing drones are being trialed that are covered in solar cells and designed to stay aloft for five years for military surveillance, communications and beaming the Internet to the 4.5 billion people still waiting for it. The next advances in hardware and software mainly revolve around autonomy and energy independence. Only $200 million or so has been invested in airborne wind energy so far, but the heavyweights are entering. The largest device and biggest team is at Google, and ConocoPhillips, Shell, E.On, Schlumberger and Mitsubishi are among the giants investing in the other devices, all able to fund the $100 million per project needed for full commercialization.

Those not showing an interest in airborne wind energy include the big suppliers of ground-based large wind turbines, possibly because they see it as a direct competitor. Although many proponents do indeed argue this, it is not true. Airborne wind energy competes poorly with most existing wind turbine sites because of a host of disadvantages explained in the report, but it has a huge opportunity where conventional wind turbines are banned or useless because of poor ground wind. It may even be suitable for providing megawatts of power to propel large ships, something of interest because these currently emit the acid gases, particulates and CO2 equivalent to 30,000 to 100,000 cars, and this is seen as intolerable and increasingly illegal.

An even more modest amount has been invested by Aerovironment, Cardinal Security and others to demonstrate drones hovering “forever” thanks to a conductive cable down to a generator on the ground that could simply be a battery.

A solar airship developed by Northrop Grumman was to stay up for 10 years on sunshine alone and deploy anywhere in the world in 15 days, and although that was canceled, Lockheed Martin and others continue similar work. That order would have been $517 million, illustrative of the fact that billions are being invested in upper atmosphere drones, including Google balloons, because they have both military and nonmilitary applications. Some are querying all this. Professor Mary Cummins at Duke University, addressing the “Panel on the Future of War” at Davos in January, warned, “Google and Facebook have acquired drone technologies that exceed anything available to the world’s most powerful intelligence agencies. These ‘corporate states’ are the shadowy forces of globalization, operating on a level few understand, and they have until recently escaped scrutiny.”

The big money is in software and systems for medium and large drones, but a substantial hardware business also is emerging. The next stage is to come full circle and make even the small drones very clever and lucrative. That embraces energy harvesting robot flies, birds, bats and more but also fixed-wing planes that leverage swarming theory and endowment of curiosity that will transform military, security and other applications. Indeed, the U.S. military already has dropped large numbers of such tiny aircrafts out of a large manned aircraft and seen them, as intended, self-organize and swarm to investigate a target. There are many more capabilities emerging from more advanced software and firmware, such as drones that charge their batteries by flying into thermals like a glider but with the propellers reversing to generate electricity. That regeneration also has been demonstrated with the kinetic energy of landing.