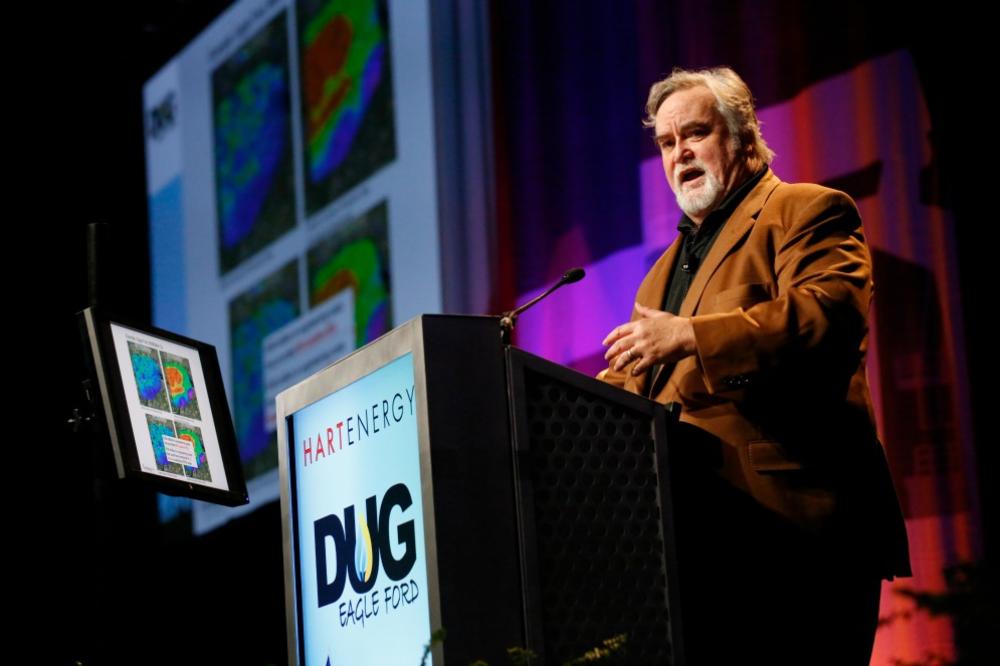 Upon closing the transaction, Insight Venture Partners will retain a significant minority stake in Drillinginfo. Meanwhile, Genstar will become the new majority shareholder of the Austin, Texas-based software, data and analytics business, which itself has been on an acquisition campaign.

Drillinginfo has successfully completed more than 10 acquisitions, including the purchases of GlobalView Software, Oil-Law Records Corp., DataGenic Ltd. and Pattern Recognition Technologies Inc. since CEO and President Jeff Hughes came on board in March 2016.

Most recently, Drillinginfo added another arrow to its quiver with the acquisition of 1Derrick and PLS Inc.’s research and database business, both of which focus on the oil and gas transaction market. The transaction announced June 12 reunited two firms that have had a long and tangled history together, including a once-thriving business relationship that soured into legal complaints and litigation.

“We saw an opportunity to clear up all the muddiness between these two firms, and bring them both in-house,” Allen Gilmer, Drillinginfo’s co-founder and executive chairman, said in an exclusive interview with Hart Energy.

Gilmer said Drillinginfo was attracted to the purchases for the opportunity to combine the assets and overlay its own software and analytics capabilities.

“We’re going to make all the 1Derrick and PLS offerings available through a single platform,” he said. “We look for relationships—what does this allow us to do that we couldn’t do before? We want our users to be able to solve for new answers.”

PLS and 1Derrick both offer intelligence on various aspects of oil and gas transactions, including news, robust databases on A&D and M&A offerings, and sales and valuation metrics. They each maintain a number of other specialty oil and gas databases as well, on such topics as property listings, scouting information, midstream investments and private-equity investments.

Of note, Drillinginfo is not acquiring PLS’ advisory business, as that business does not fit Drillinginfo’s model as a software-as-a-service and analytics company.

Drillinginfo has been busily developing its analytics capabilities for years, and this venture will allow the company to apply its techniques to oil and gas asset valuations, Gilmer said.

1Derrick and PLS offerings will birth powerful new capabilities when combined with Drillinginfo’s other products, including its extensive well and permit databases and mapping capabilities. Further, the acquisitions give the company’s users the ability to quantify the A&D space, quickly value assets, and bring transparency to this heretofore opaque market sector.

“I see Drillinginfo as the Iron Man outfit for the oil and gas professional,” Gilmer said. “These acquisitions give us more data that enhance our offerings.”

“Every day Drillinginfo delivers value to almost every kind of user in the energy sector from geoscientists to commodity traders, they’re helping them be more productive together. Nobody else in the market does this,” Geoff Miller, director of Genstar, said in a statement June 19.

Despite having the new private-equity sponsor Genstar, Drillinginfo will remain in the hunt for complementary buys, both in the software and data realms.

“We will aggressively identify key acquisition and growth opportunities that will consolidate data onto the existing platform, broaden Drillinginfo’s product mix, expand its geographic footprint and accelerate entry into adjacent market segments,” Weiss said in a statement.

“Jeff Hughes, our CEO, is very knowledgeable about how to acquire companies,” Gilmer told Hart Energy. “We have a playbook for acquisitions, we can quickly integrate them into our structure, and they provide us with great growth opportunities.”

Hughes said in a June 19 statement, “Our growth is attributed to the unmatched quality of our products combined with an unwavering focus on the customer and supported by our incredibly talented team of people. We are now doing a better job than ever of serving customers as large as supermajors and as small as sole proprietors. We will continue to expand our range of product technologies to support our customers’ growing needs anywhere in the world. Genstar has a deep understanding of SaaS platforms like ours and we look forward to working together to further expand our suite of product offerings in areas important to our customers.”

And, for the most part, Drillinginfo plans to concentrate in the oil and gas and power markets, Gilmer said.

“It’s where the money is,” he said. “We don’t foresee a world in which fossil fuels are going to be obsolete.”

Currently, Drillinginfo serves more than 3,500 customers in 50 countries and has over 45,000 named users. The company has more than 675 employees across 13 offices, according to the Genstar press release.

Genstar, a private-equity firm based in San Francisco, targets investments in software as well as industrial technology, health care and financial services industries. The firm currently has $9.7 billion of assets under management.

Perfume Entrepreneur Snaps Up US Oil Leases amid Industry Malaise

A Myanmar-born perfume entrepreneur and missionary has snapped up nearly half of the oil and gas leases offered by the Trump administration since August.

Privately held 1776 Energy Operators LLC told Reuters on May 17 it would put itself up for sale, after sources familiar with the South Texas-focused oil and gas producer said they expected it to be valued at around $1.5 billion, including debt.