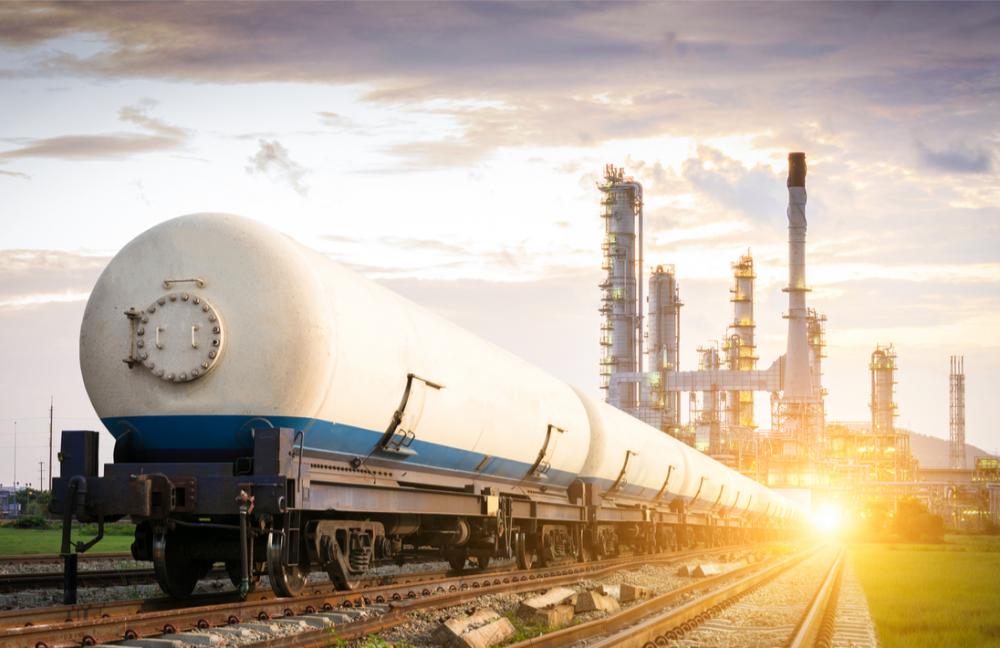 Investment firm Drexel Hamilton Infrastructure Partners LP and rail operator Rio Grande Pacific Corp. have unveiled plans to partner on the financing and construction of a rail line for shipping heavy crude from Utah. The proposed $1.5 billion link would be used to send roughly 400,000 barrels per day (bbl/d) of oil from the Uinta Basin to interconnections with the U.S. Gulf Coast.

The partners said on May 10 that the link would extend about 80 miles between potential terminal locations near oil operations in the Uinta and connections with Union Pacific and BNSF Railway near Soldier Summit.

The project would include at least one terminal for loading crude onto trains and receiving proppant for hydraulic fracturing.

Drexel Hamilton was selected for the project by Utah’s Seven County Infrastructure Coalition, an economic development group representing the eastern part of the state. The coalition covers Carbon, Daggett, Duchesne, Emery, San Juan, Sevier and Uintah counties. The group has approved the terms of a preliminary agreement with Drexel Hamilton to construct the link.

The scheme is aimed at meeting growing demand for heavy oil on the Gulf Coast, as refiners in the region seek to replace supply from Venezuela. The Latin American country was formerly a major source of heavy crude imports to the Gulf Coast. However, the U.S. imposed sanctions against state-owned energy company PDVSA in January in an attempt to put pressure on Venezuelan President Nicolas Maduro to step down. As a result, shipments of Venezuelan crude fell sharply, from 587,000 bbl/d in the week to January 25 to 186,000 bbl/d in the week to April 26, according to Reuters. A wind-down period for receiving shipments of Venezuelan crude ended on April 28.

This has left Gulf Coast refiners—which are primarily geared at processing heavy oil—looking for alternative sources of supply with an increasing sense of urgency in recent months. While this creates new opportunities for Utah’s producers, several major logistical challenges have prevented the state from becoming a major supplier of oil to the Gulf Coast to date. The high viscosity of Uinta Basin crude makes it too thick to ship via pipeline, so instead the oil is trucked to nearby refineries in Salt Lake City—a much smaller market than the Gulf Coast.

By late last year, the amount of oil being trucked to state refineries totaled around 80,000 bbl/d. According to the Seven County Infrastructure Coalition’s executive director, Mike McKee, this is about the maximum Utah’s refineries can handle because of air quality issues. The proposed rail link would therefore open up routes to new markets that would represent a major boost to local production. However, several other proposals to create rail links from the Uinta Basin to markets further afield have also emerged in recent years, but have not come to fruition.

A total of 29 rail routes have been studied over the years, with most ruled out, according to the Salt Lake Tribune. This includes a plan for shipping Uinta crude via Indian Canyon to the Union Pacific line in Price Canyon. It was scrapped for being too costly, with the complexity of the terrain involved pushing the estimated price tag to $5 billion. Despite this, the Seven County Infrastructure Coalition has identified Indian Canyon as its preferred route, claiming that a few adjustments can dramatically decrease the cost of the rail link.

This is one of three potential routes set out by the coalition, with the U.S. Surface Transportation Board due to make the final decision on which to pursue after carrying out an environmental impact review. McKee—a former Uintah County commissioner—has said the Indian Canyon route would have the least environmental impact.

The plan also depends on receiving sufficient commitments from Utah’s oil producers to go ahead. It appears likely to be well-received by producers as some operators seek to grow unconventional output outside the congested Permian Basin, and as technological advances spur development. State studies have recently warned that $30 billion worth of oil could remain undeveloped in the Uinta Basin during the next 30 years owing to regional takeaway capacity constraints. The studies have claimed that tapping this oil could boost Utah’s economy by $10 billion and create 27,000 jobs.

Opening up new markets for Utah’s oil could also raise its price, as the current transportation bottlenecks have resulted in it being sold at a discount. This is a clear incentive to producers in the state, increasing the likelihood that they will back the new rail link plan. And the need for new sources of heavy crude on the Gulf Coast is adding to the momentum behind the project. In the short term, though, refiners on the Gulf Coast will still need to look elsewhere for their heavy oil supply as development of the link will take time, if it proceeds.