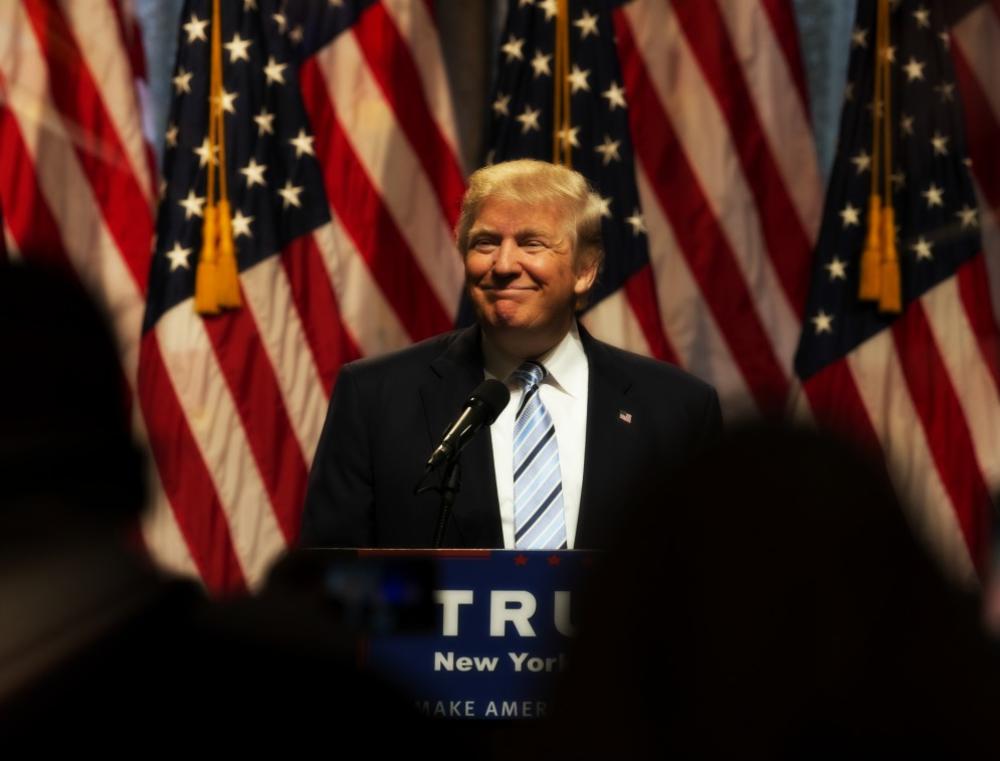 [Editor’s note: This story was updated at 8:35 a.m. CT Nov. 10. Check back for further updates and additional commentary.]

After an ugly, seemingly interminable campaign, voters surprisingly chose Republican Donald J. Trump as the next president of the United States.

Tudor, Pickering, Holt and Co. (TPH) was unsure what a Trump victory means for energy.

“We don’t know. But there are some clues,” TPH said in a Nov. 9 report. “Trump campaigned on reducing regulation. Maybe the EPA will be less aggressive in using the Endangered Species Act to block development? Trade with Mexico—will gas exports to Mexico go under or through the wall? Bigger picture—do his economic policies help [or] hinder economic growth [hydrocarbon demand]?”

To some extent, it won’t mean as much as some may think.

“One of the things I think was probably true either way the election would have gone is that market forces tend to have a bigger impact on energy investment than government policy,” Bill Arnold, professor in the practice of energy management at Rice University, told Hart Energy on Nov. 9.

Arnold believes, however, that the Trump administration will favor infrastructure projects like pipelines, and the 3,500 or so political appointees at the Department of Energy and the EPA will assist in clearing regulatory hurdles in support of those policies.

That could mean that many of the projects now in limbo could go forward, but not necessarily all. Low commodity prices and limited financing options have also dampened enthusiasm.

Trump is on record as saying that, if elected, he would urge TransCanada Corp. (NYE: TRP) to renew its Keystone XL permit application, which was rejected by the Obama administration to scorn of industry groups, particularly the American Petroleum Institute.

“Even if the administration were favorably inclined to give it permits, given what’s happened, given the cost structures in Canada, [TransCanada] may not be as eager as they were a couple of years ago to proceed with that,” Arnold said.

But Kneiss believes some campaign promises will be harder than others to keep.

“Despite his claim to ‘abolish EPA,’ this would be a practical impossibility,” he said. “Even though EPA was created by executive action [President Nixon’s Reorganization Plan No. 3 created EPA on Dec. 3, 1970], its authorities are established under multiple environmental laws [Clean Air Act, Clean Water Act, etc.] passed by Congress, which would have to be amended to pass authorities to other departments/agencies—those laws are not going to be dissolved.”

Seaport Global Securities proclaimed coal the big winner from Trump’s victory, saying it should be a boon for coal stocks.

“It’s hard to imagine an industry that was more punished by the Obama administration than coal,” Seaport said. “While Trump’s victory doesn’t solve weather or natural gas price issues —the two most important factors for thermal coal burn—it means the Clean Power Plan (CPP) could be in serious trouble.”

Meanwhile several industry analysts began weighing in after the final results were announced in the early morning hours of Nov.9. Most pointed out that while Trump has given few details on his energy policy it is likely he would work to expand fossil fuel production and ease regulations on the industry.

Oil price volatility, at the top of many oil and gas executives’ minds, is likely to continue in the short term, but will no longer be linked to the outcome of the election.

“I doubt very much domestic politics will have too much influence short term,” said Andrew Fletcher, senior vice president of commodity derivatives for KeyBank National Association.

Fletcher told Hart Energy that oil prices are much more attuned to OPEC’s meeting on Nov. 30 and the concessions Saudi Arabia will have to make to get a deal done.

Fletcher said the results of the U.S. election could spur OPEC members into a more cooperative mood since Trump has seemed less friendly toward the Middle East and the nuclear deal with Iran.

Since the pact Iran has enjoyed access to the international oil markets and seen production rise from 1.5 million barrels of oil per day (MMbbl/d) to almost 4 MMbbl/d, significantly improving the country’s finances.

“It would behoove the Iranian government to put past and current disagreements behind them and to come together with regional exporters in approving a deal which would guarantee them access to the international markets avoiding reversion back to global pariah status,” Fletcher said. “Similarly with Iraq, a less supportive U.S. administration should have them cooperating with their near neighbors for collective security. U.S. support for Saudi Arabia has been waning since the Bush administration.”

While Russia is a wild card in the OPEC negotiations, it will not pass Putin’s notice that aligning itself with OPEC producers against U.S. hegemony will increase his influence and approval in the Middle East and at home.

Raymond James analysts agree, stating in a Nov. 7 report, “While the fate of civilization may hinge on how nuclear codes are managed by the occupant of the Oval Office, the election is irrelevant for some other important things: for example, oil prices.”

Thomas Buonomo, a Washington, D.C.-based research analyst with Stratas Advisors, said it might take some time to understand how the new Republican administration will affect the energy industry because of confusion over its policies during the campaign.

“A Trump administration is more difficult to predict because, although Trump has denied the reality that human activity is having a significant effect on climate change and has said he would reverse the Obama administration’s market interventions and Paris Agreement commitments, his running mate Mike Pence has publicly contradicted his views and could prevail upon him to somewhat moderate his policies in favor of renewables,” Buonomo said.

Arnold said he sees a sharp contrast between how Trump will deal with the Paris Agreement and the approach of a Democratic administration. Under Clinton, overt government-driven processes like carbon cap and trade or a carbon tax could be expected.

“I think a Trump administration will look at the fact that, because of the substitution of natural gas for coal, the emissions coming out of our power plants are at about a 20-year low,” he said. “In contrast to a place like Germany, which had a very overt policy favoring wind and solar, but with closure of nuclear plants they’ve actually seen emissions grow as they’ve had to switch to lignite [brown coal].”

“President-elect Trump has also indicated less focus on climate change as an essential part of energy policy,” he said.

Strategas Research Partners, which was more bullish about Trump’s chances than most forecasters in the week prior to the election, anticipates positives for numerous market sectors, including energy, under the Trump administration.

“Republicans will renew support for fossil fuel development including drilling and fracking,” Strategas said. “Most important, however, the 20-plus stalled pipeline infrastructure projects could be restarted almost immediately.”

Matt Loffman, an analyst at Douglas-Westwood’s Houston office, pointed out how energy policy took a backseat during the election to other issues but said Trump’s win could result in a “more positive outcome” for the industry.

“Trump’s policy on energy centers around the concept of ‘energy independence’ and the development of domestic oil, gas and coal reserves,” Loffman said. “He has pledged to ‘open onshore and offshore leasing on federal lands’ and ‘eliminate’ a moratorium on coal leasing and open-shale extraction.”

“President-elect Trump’s victory presents an opportunity to reset the harmful energy policies of the last generation. He has laid out an energy plan that puts the needs of American families and workers first,” Pyle said. “We were among the first organizations to endorse President-elect Trump and we’re excited to work with his administration to put forth energy policies that will deliver affordable energy to American families, invigorate the economy and create more opportunities for future generations.”

However, the oil and gas workforce could be impacted by Trump’s immigration policy and trade deal moves, which could affect economies worldwide.

“This could have consequences for visa and immigration laws which could impact the recruitment and global mobility industries significantly depending upon new legislation,” said Janette Marx, COO at Airswift, a global workforce solutions provider for the energy, infrastructure and process sectors. “The result could be a significant disruption to the movement of talent globally which is vital for the energy industry as skilled engineers are needed on various projects at any time. This is a key area that the sector should watch closely.”

From a Wall Street perspective, “equities hate surprises,” Bret Jensen of Premium Research wrote in a piece for Seeking Alpha. “The initial market reaction would most likely be down, perhaps substantially. After that, it would depend if Mr. Trump was able to move from bombastic outsider to a more presidential tone.”

In the near term, SGS Equity Research said to “expect a flight to energy stocks with solid balance sheets and high returning assets. Permian-levered E&P names are likely relative outperformers under this scenario, and we wouldn’t be surprised to see gas names relatively underperform on fears that market share gains achieved vs. coal on the electric power front could slow or even reverse course. Pertaining to infrastructure, ETP, SXL and ETE are likely to benefit through an expeditious resolution of their $3.8 billion Dakota Access Pipeline (DAPL) project from a Trump Presidency.”

While Trump has not directly weighed in on the Dakota Access Pipeline controversy, he holds personal investments in project sponsors Energy Transfer Partners LP (NYSE: ETP) and Phillips 66 (NYSE: PSX), according to reports.

However, Trump said during his campaign that he wanted to undo regulations, a topic he mentioned to industry executives in Denver this year. Participants in the meeting told Hart Energy that Trump had an insightful grasp of their toll on the oil, gas and coal sectors. He also understood the affect the downturn had on the industry, they said.

Trump generally said less during the election than his general election opponent but counts among his advisers champions of fracking such as Harold Hamm, chairman and CEO of Continental Resources Inc. (NYSE: CLR).

Hamm said at the Republican National Convention that Trump would undo President Barack Obama’s onerous regulations on the fossil fuel industry adding that every time a U.S. oil well goes undrilled, “terrorism is being funded.” Hamm is considered a contender for U.S. energy secretary.

How quickly and effectively the new president will be able to put his plans into action may depend on how well he adapts to his new role. Kneiss will be watching carefully.

“I personally believe he is going to learn that executive branch function and process is not just a dictatorial ‘go do this’ in the fashion of a privately-owned firm,” he said. “Dealing with our expansive ‘big-government’ bureaucracy—and all the so-called ‘special interest’ contractors funded by this—and the federal union and Office of Personnel Management protections/procedures are not quite like the ‘Apprentice—you’re fired’ approach.” 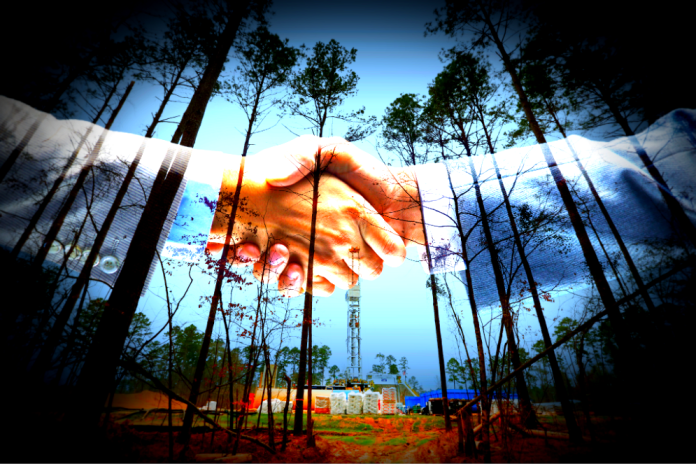 The acquisition by Panhandle Oil and Gas of two packages from Edmond, Okla.-based Red Stone Resources fits well with the company’s strategy to grow, President and CEO Chad Stephens says. 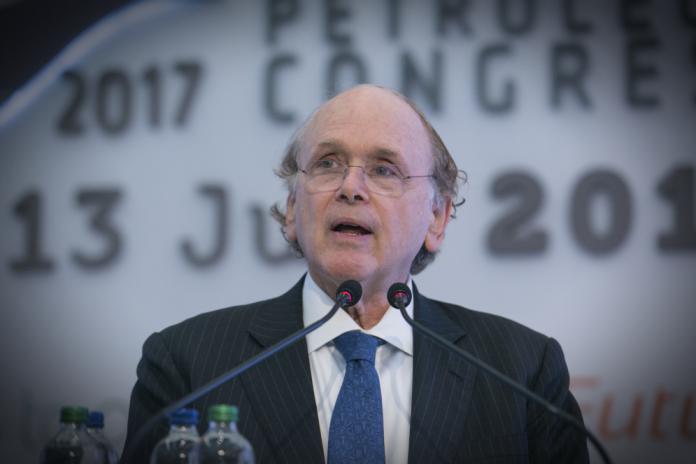 “There are a lot of economic advantages from shale production and some foreign policy advantages,” says IHS Markit Vice-Chairman and energy guru Daniel Yergin. “And Joe Biden is a foreign policy person.”